Pull The Wool Over Your Eyes For A Week Or More

I did not plan to just disappear for an entire month! I finished my coat, which took a lot of work, and Joost and I had planned to take pictures together but he got sick so now we have to reschedule. I promise there will be another novel-like coat post when we get to that, but for now I only have pants to show you!

After years of wearing mostly jeans and t-shirts I wore mostly dresses and skirts for a while, especially after I started sewing. I've incorporated pants back into my wardrobe lately, but finding the right silhouettes is proving to be a bit of a search! Wide leg trousers look good with exactly the right top, otherwise I end up looking very short and stumpy. My skinny jeans have become wardrobe staples, but sometimes you want something different. I had this vision in my head (and the wool fabric in my stash) for some menswear-inspired trousers, not too wide but not tight either. So when I found the Pantalon Gilbert by Republique du Chiffon I thought I'd give that a try. 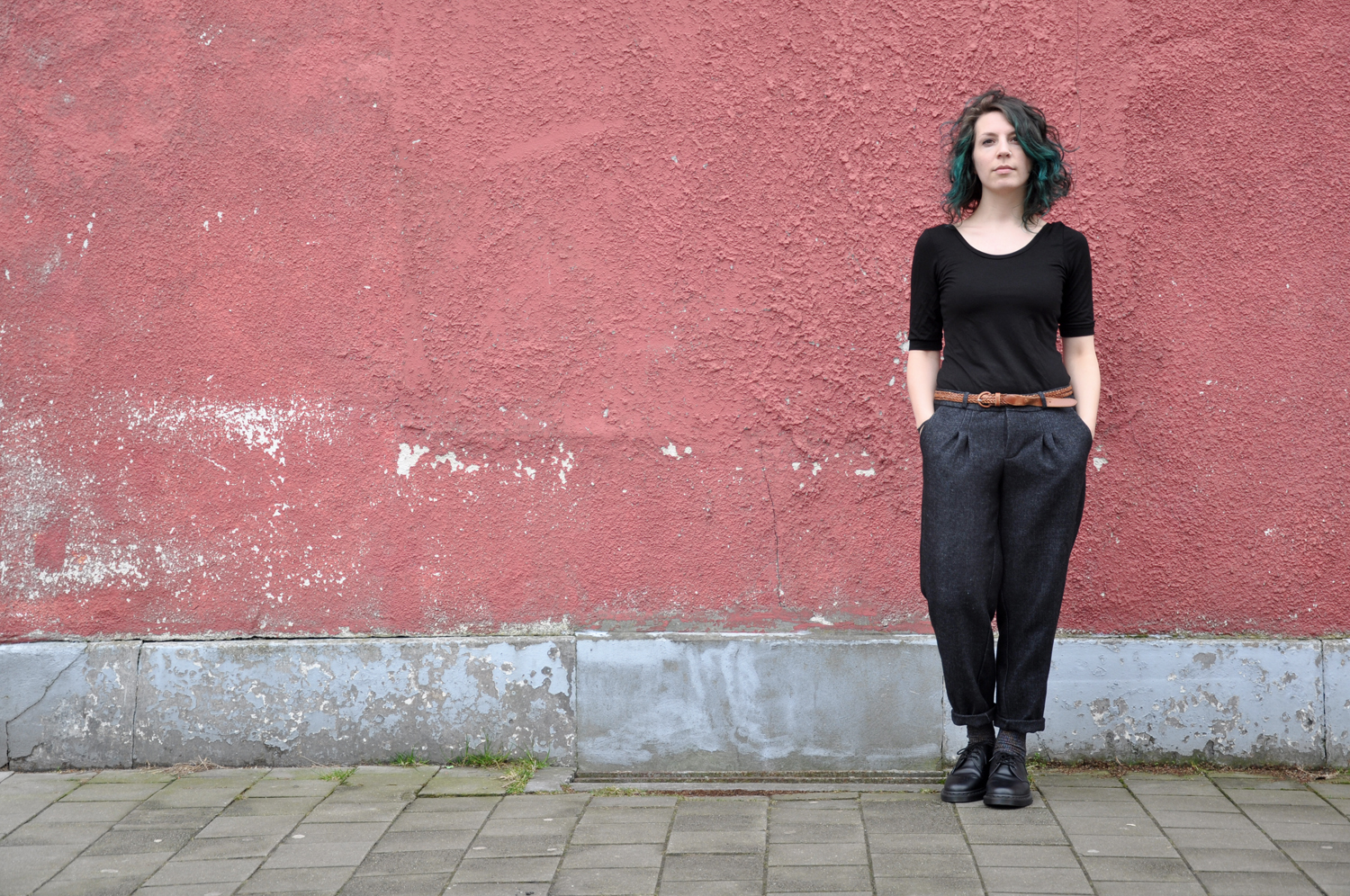 So... I feel like I might have made clown pants. Or maybe it's just because I'm not sure how to wear these. Or because it's a new silhouette for me and I'll just have to get used to it. 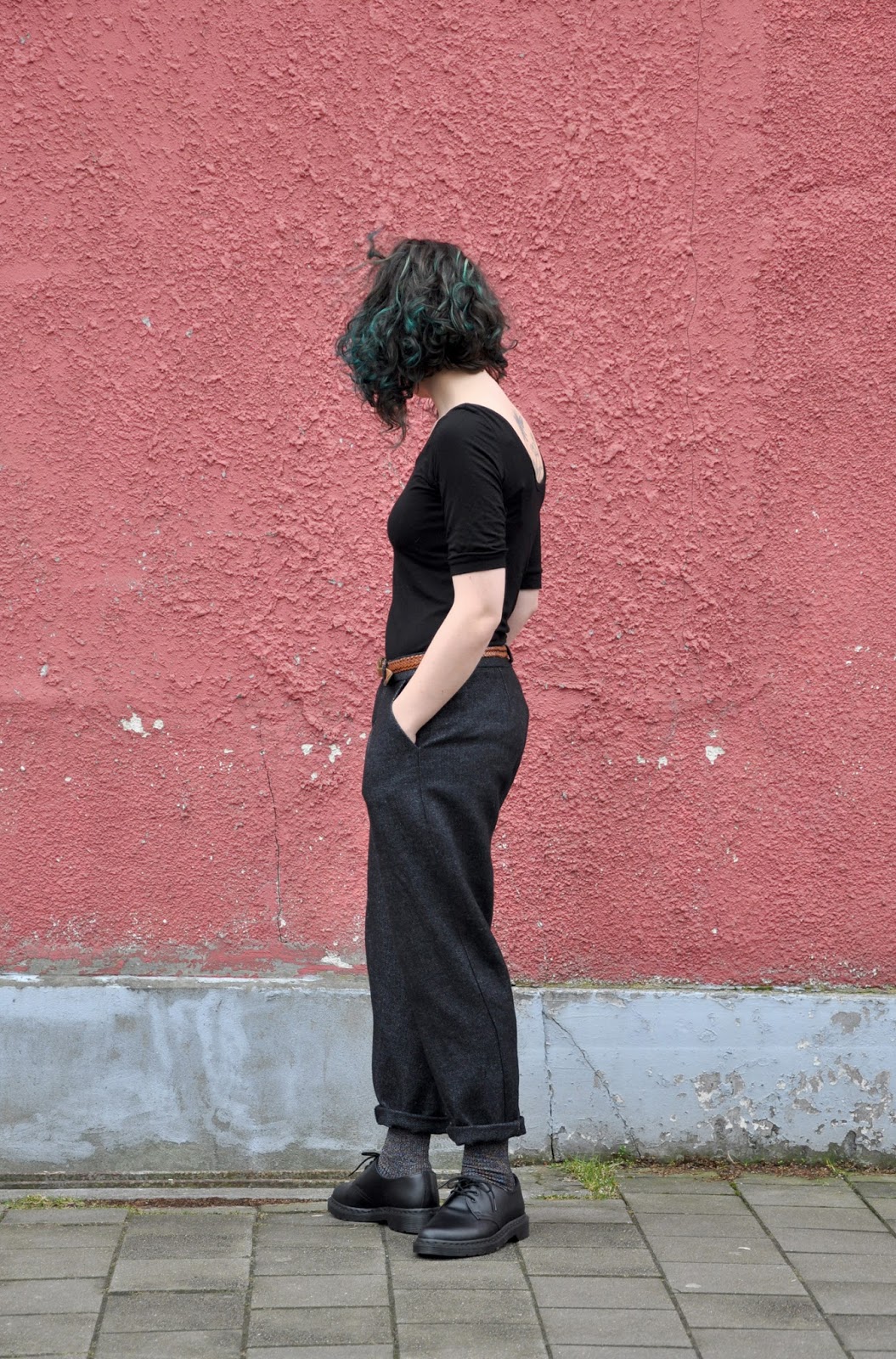 The Gilbert is an older pattern, and the instructions have not yet been translated to English. Not that they would be any more useful, since they are even more basic than the average Burda explanations! This was a tiny bit frustrating, but the hardest parts about these are the fly front and the back welt pocket, and if you've ever made those you should be fine. What bothered me more was that the pattern is hand drawn and then scanned. This is not a problem in itself, but the scanned image hasn't been altered in any way, meaning that you're basically printing 20 full page images. It's not that hard to edit a scan so the background is plain white, and it would save a TON of ink.

Since this is a new pattern and a new to me pattern company, I made a muslin first, and ended up removing some length from the inside back leg. I then forgot to alter the grainline to the leg seems are kind of twisty, but not bad enough to really bother me. Apart from that, the only adjustment I made was to make the waistband a bit narrower, since I thought it was too wide and I wanted to close it with one button (rebel rebel playing softly in the distance). 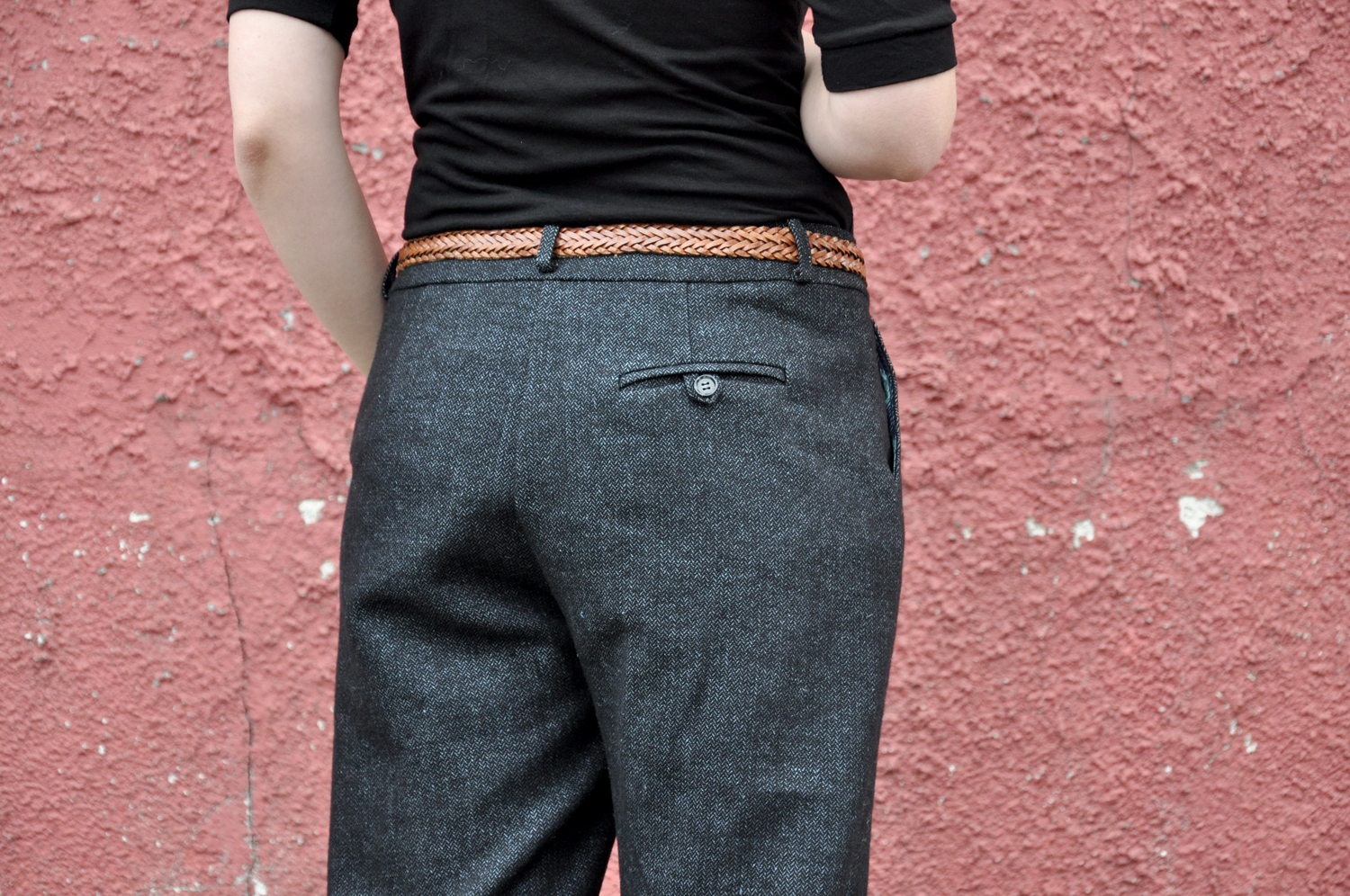 The welt pocket is totally funtional (and looks very neat, even on the inside) but knowing myself it's going to remain totally for show. I added two darts in the back since I think they were supposed to be there anyway, but the pattern only shows two vertical lines going down to where the pocket is, like a pleat (and the amount that would be removed would not be nearly enough to make the back the same size as the waistband!). Aside from the two darts, I also ended up taking a bit out of the center back seam. 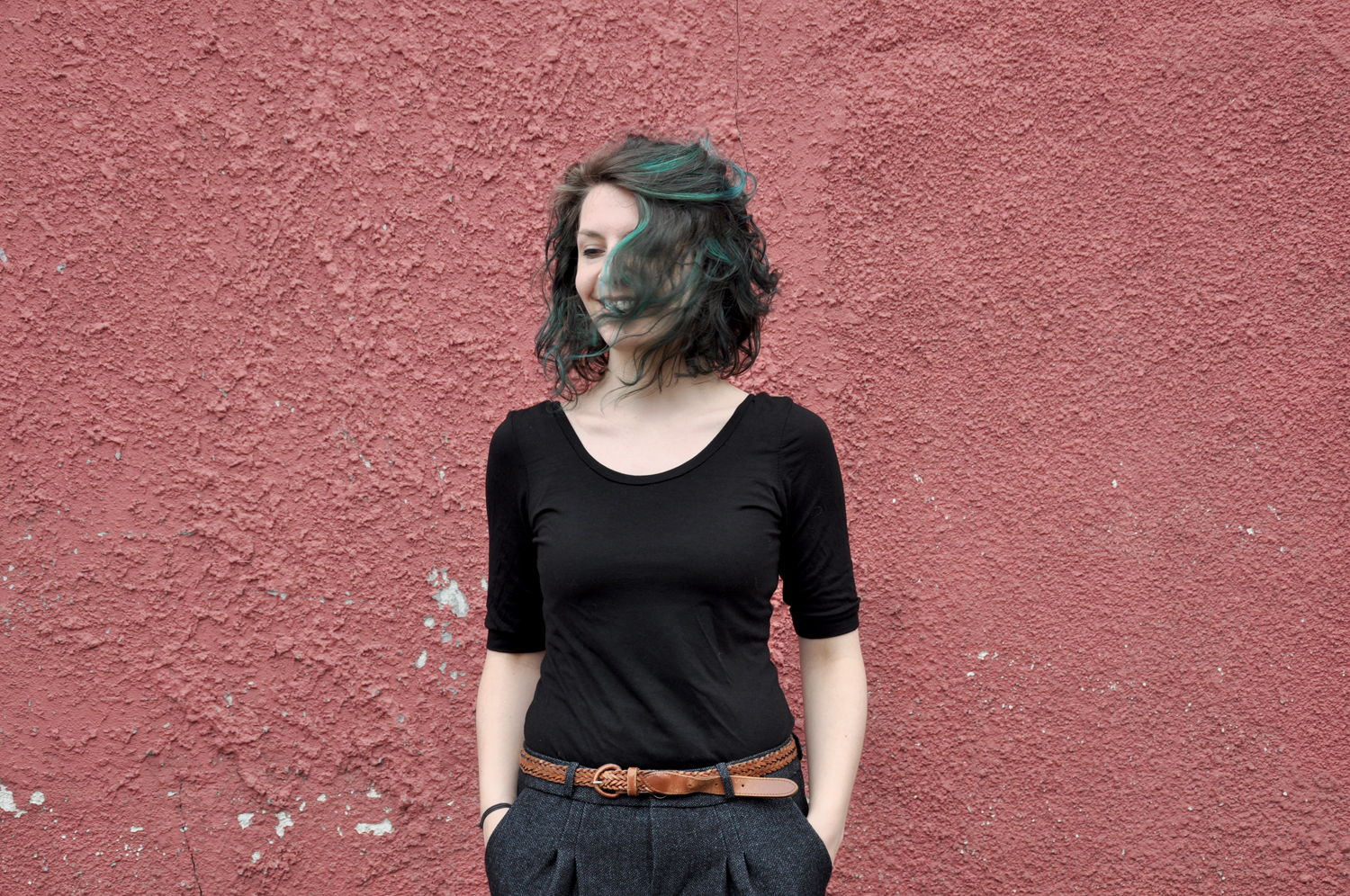 I'm also wearing one of my Nettie shirts, with elbow length sleeves (finished with cuffs), made in a plain black viscose jersey. It's, you know, a fitted black t-shirt. I make a lot of t-shirts I'll never blog about, since it's JUST SO BORING! 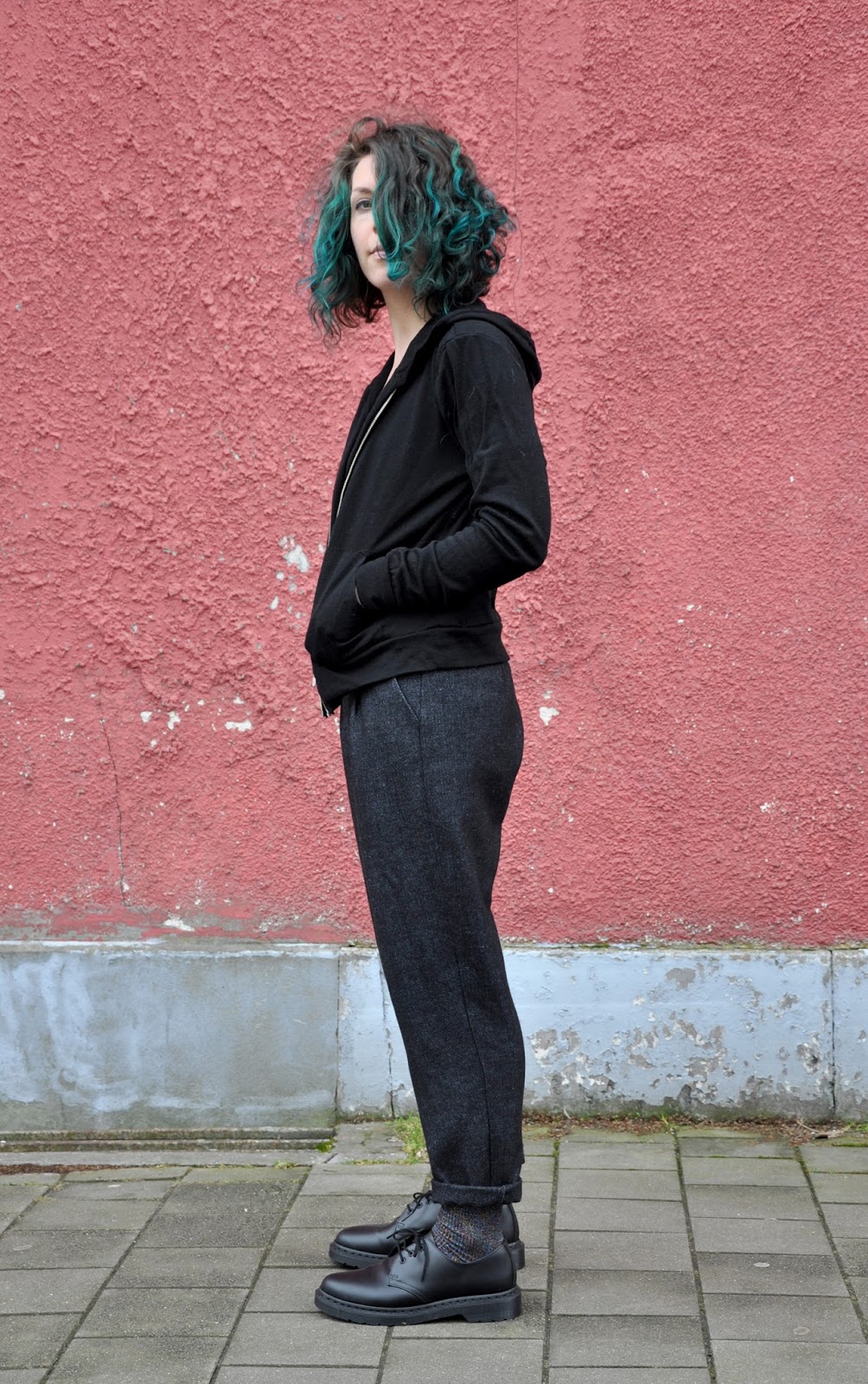 I had also made another Huey hoodie right before I started my coat! It's my third and favourite so far. The fabric is a black merino jersey which makes this a thin but very warm layer. I had a storebought hoodie in wool mix jersey that got worn to bits over the years, so it was looking sad and way too large, so this is a welcome replacement!

That's it for now. I have some unexpected time off and loads of plans after that coat marathon, so there should be some more posts soon! I also finally joined the Instagram crowd, so if you want to you can find me here. I'll probably be posting progress pictures and other stuff on there!
Gepost door Anneke op 05:57