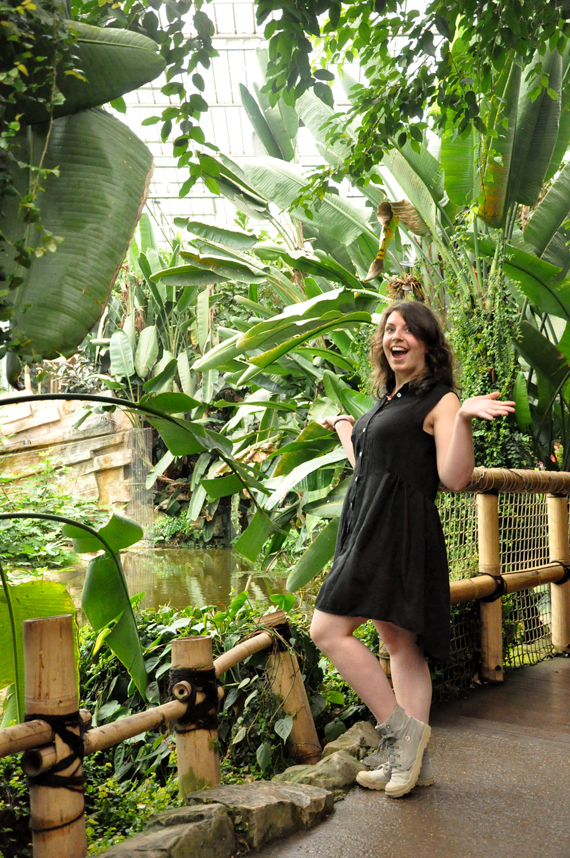 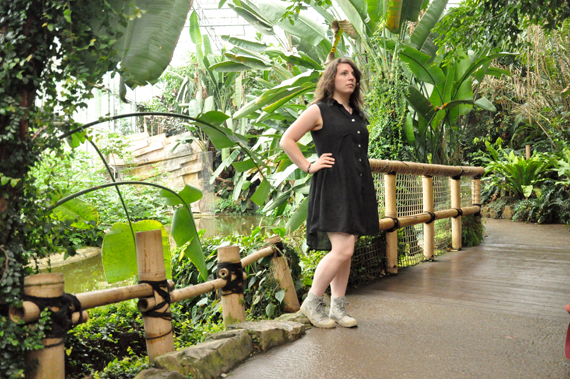 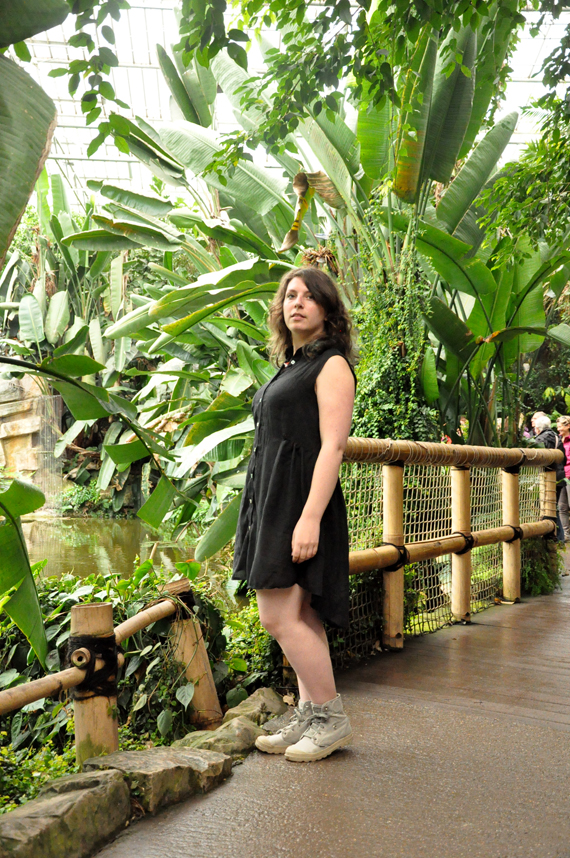 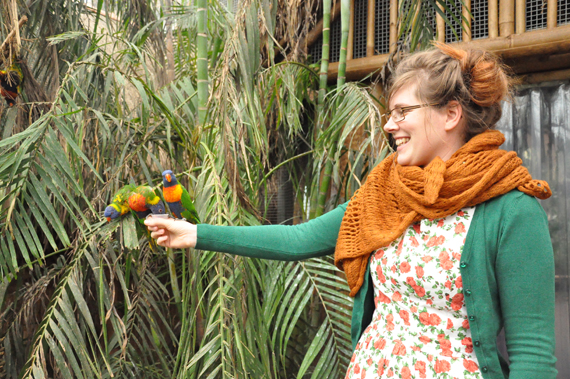 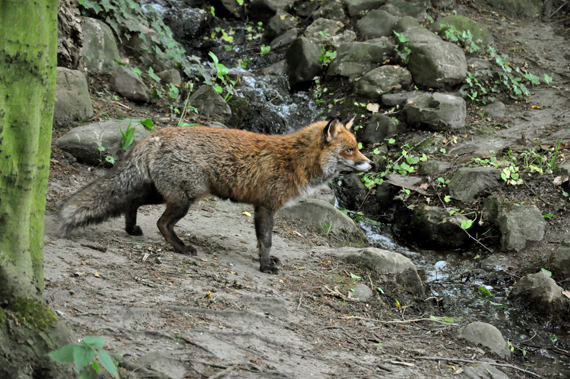 It was a pretty intense day, and we managed to see the entire park. We learned tons of things about bonobos and I managed to identify a tawny frogmouth and some banded mongooses. Good times!
Gepost door Anneke op 14:03 Geen opmerkingen:

A quilt a day won't keep your backache away

Hi guys! Don't fear, I'm not turning this place into a home decor blog, but I do have a few progress shots of a pretty massive project!

One of our living room walls still has an empty spot, right above a small cabinet. It's still empty for a reason: I wanted to put something big on that wall! Some time ago I spotted the amazing map quilt kits Haptic lab sells. The idea is super simple: you get a template printed on a sort of tear-away stabilizer, make your quilt sandwich (backing fabric, batting, top fabric), pin the template to it and follow the lines. I have never done anyhting quilt before but I think it's a nice introduction: the focus is on the quilted design, you don't have to cut or stitch small pieces and it's easy to customize (add embroidery or even appliqué). I'm nowhere near finished, but here are some progress shots! 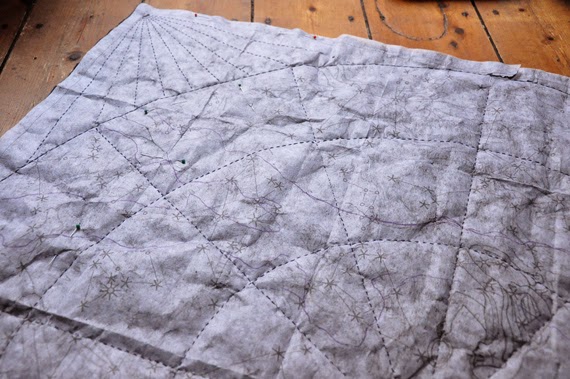 I chose the constellation quilt because space, and have finished the main outlines of the map so far. At first I toyed with the idea of embroidering drawings of the constellations as well, but I decided to keep it a little simpler to stop this from becoming a truly massive project I'll never finish. 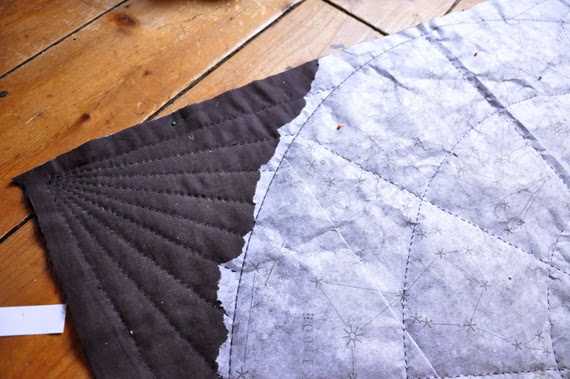 After finishing this corner I decided I couldn't wait to see what the final thing looks like, so here's a peek! It's pretty exciting to see and feel how things are working out. Haptic Lab provides some basic intructions on how to put things together and what stitches to use, which worked out fine. Since this is going to be a wall decoration I'm not bothering with making the back look nice or hiding my thread ends, but some instructions on that would have been nice since you have a lot of small separate shapes. Hopefully this will continue to go well!

There should be some garment posts up here soon by the way! I made a fancy dress I still haven't properly photographed and something for my birthday, which was last week. I turned 26 and decided to celebrate with a hands-free spaghetti party. It looked like this: 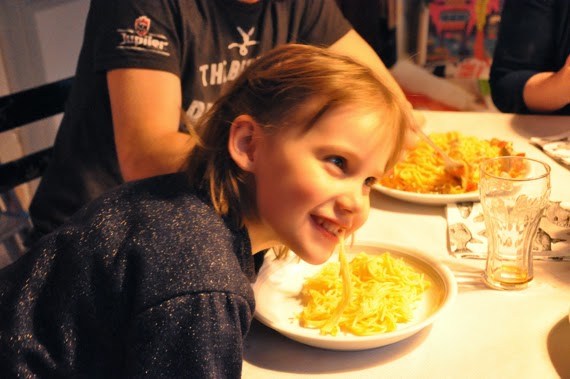 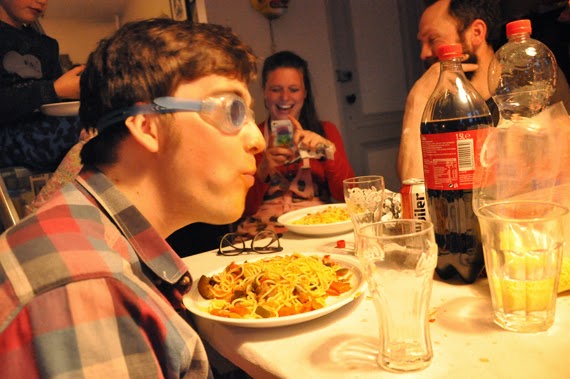 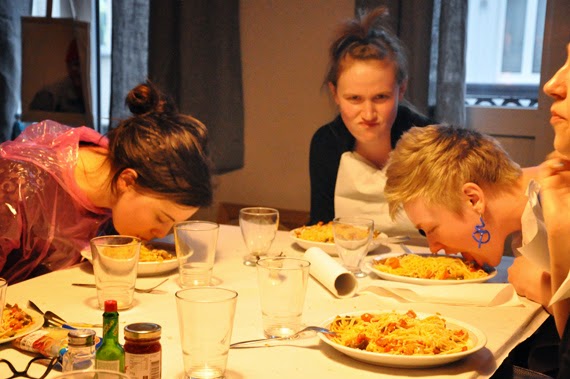