The final stop in our short trip was Bristol, another entirely new city to us. We stayed with Edward Cheverton and Aisling Marray, and had loads of fun exploring the city (and eating places and pubs) with them!

I had bought this graphic french terry sweater fabric from the Sew it Up shop before we left, and thought it would be perfect for a dress to wear on a trip like this. The wrong side of the fabric is super soft, so more secret pyjamas were in order: 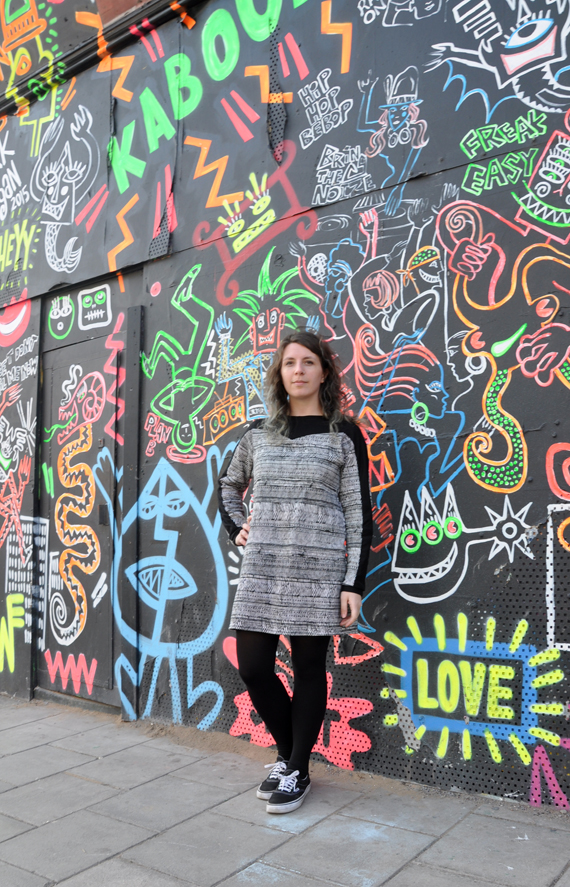 This is another version of the Magena fringe jumper by Named patterns, and it's a dress version again! I made this before in a way drapier fabric, so this time I narrowed the skirt part a bit (and also traced a smaller size all over). Making this any more of an a-line would make me look like a trumpet. No no no. 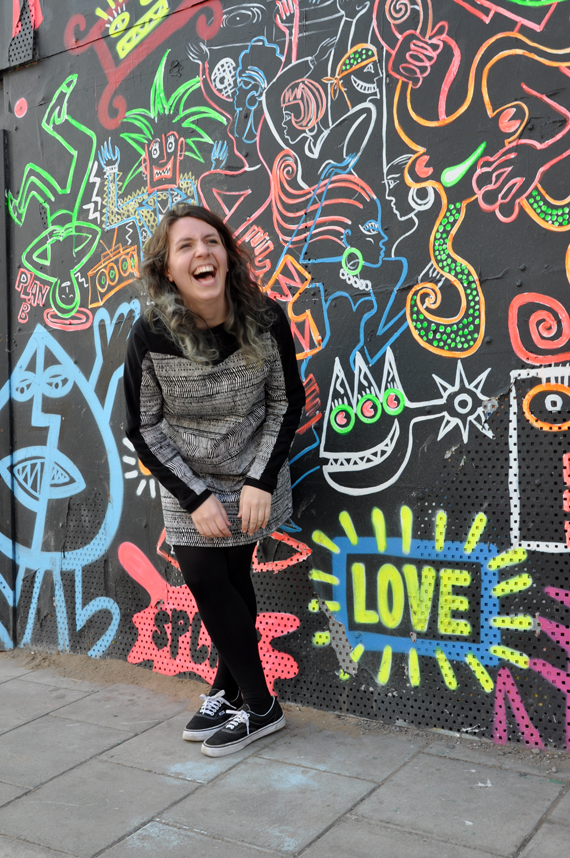 We found this wall on our first day in the city. This is what happens when I try to take blog pictures with people watching.

I cut and sewed this dress in one afternoon and evening. It looks pretty impressive but apart from the pointed yoke insertion it's really straightforward. 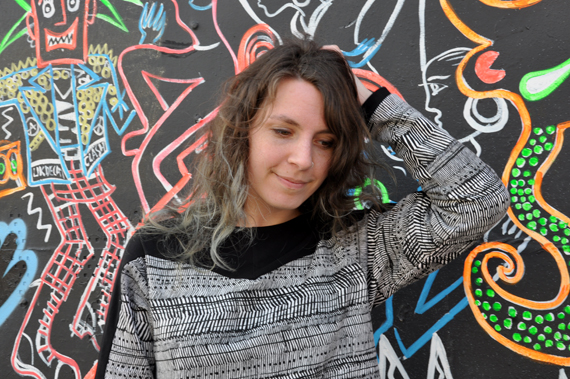 I used a black cotton jersey for the yoke and omitted the fringe since the print was already busy enough. Tracing a smaller size was a good idea as well: the previous one is quite roomy by now but it doesn't bother me because of the drapiness. This fabric is way stiffer so it would have looked like a potato sack. 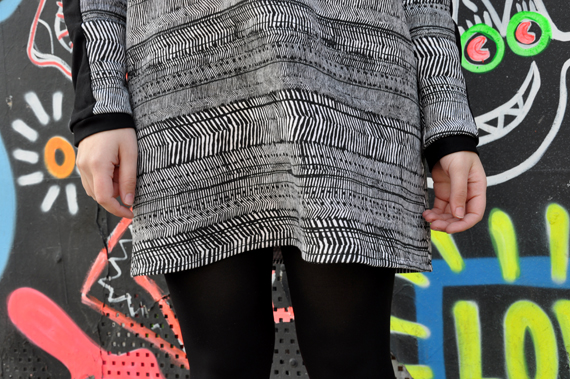 I used the cuff pattern pieces on the sleeves but decided not to use a hem band, just folding the fabric over and topstitching with a zig-zag stitch instead. This makes for less of a cocoon shape. 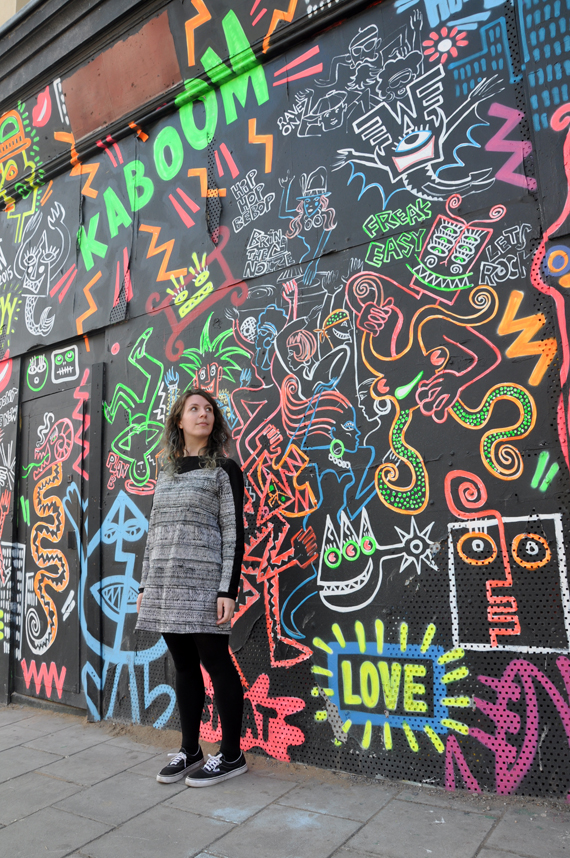 This dress turned out super cozy, and I'm secretly hoping it will stay cold for a little while longer so I can get a few more wears out of it! It's also perfect for eating lots, which we did. All the cake.

Here's a bonus shot of what our photoshoots look like to an outsider: 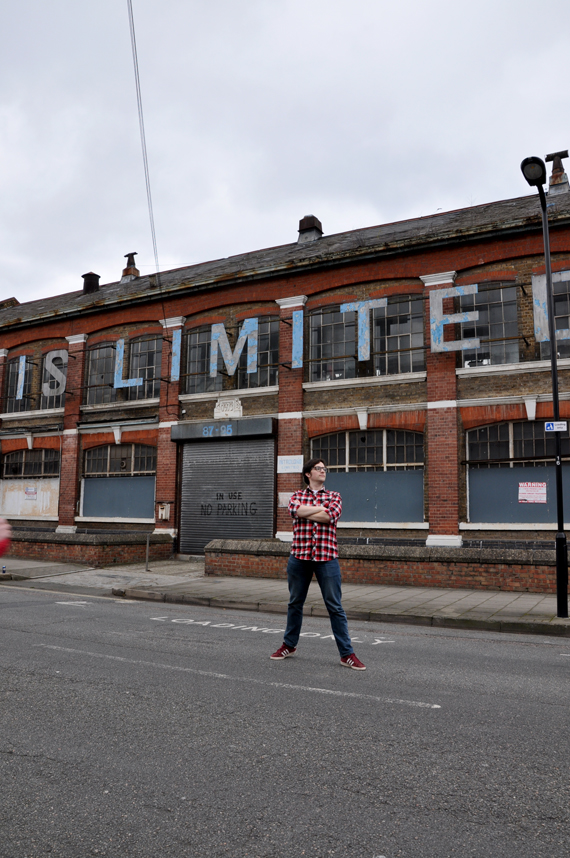 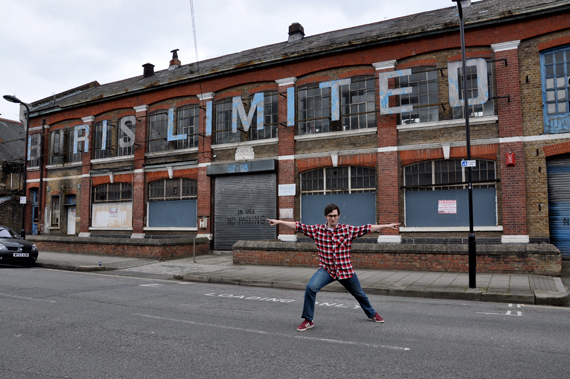 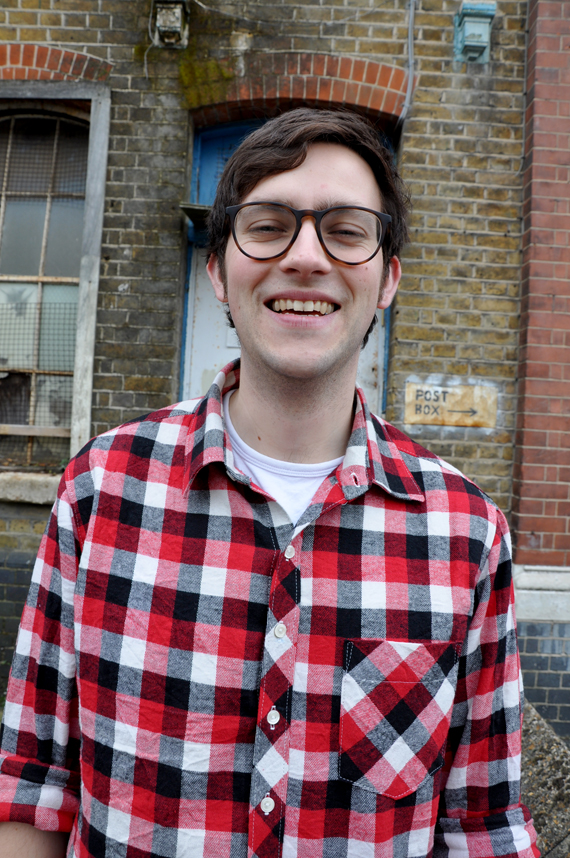 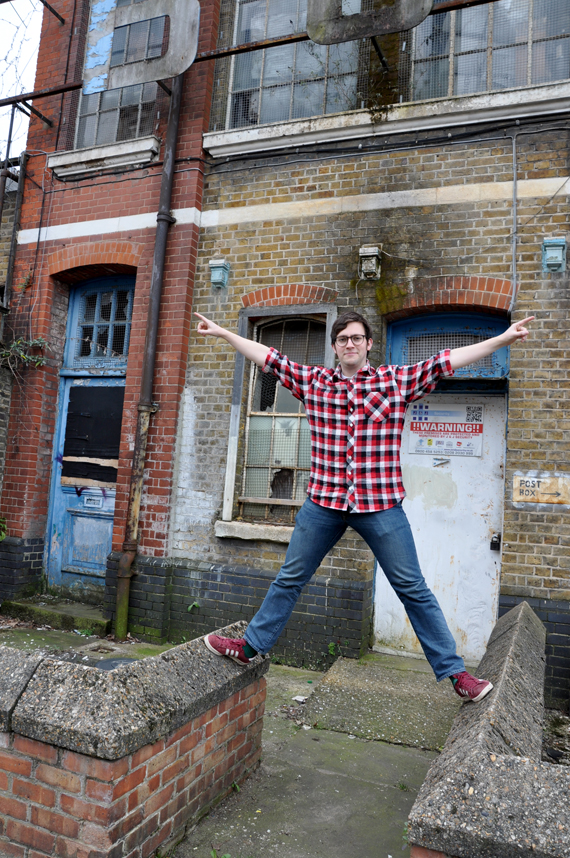 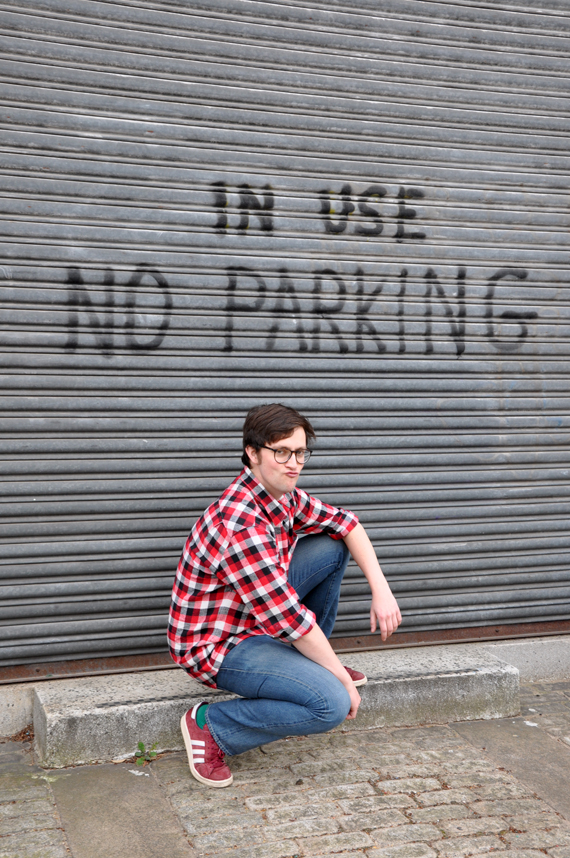 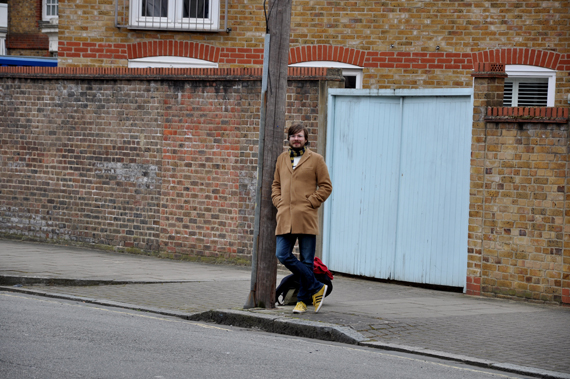 Just to let you know that I'll be on a one-week vacation to London, Bristol and Cardiff! If anyone wants to meet up or has recommendations (fabric or general fun stuff), feel free to let me know!

I've been sewing up a storm in the past few weeks, so here's a sneak peek of some things I'm packing to photograph while we're away: 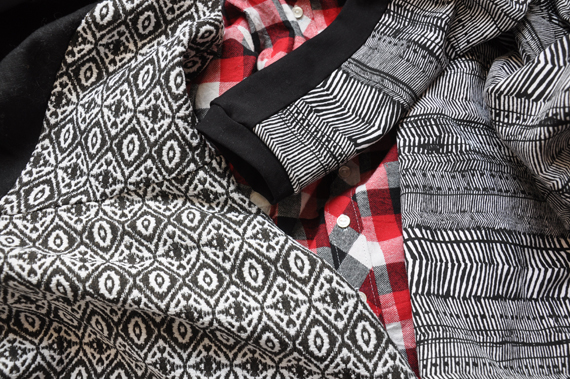 Bye bitches I'm off to cut trees or like whatever

Remember how I went to Seattle in September? And even brought some fabric back? I used it to make something!

I found some really nice plaid flannel (pretty sure it's the Robert Kaufman mammoth flannel) and thought a flannel shirt would be the perfect souvenir from Seattle. So I bought a yard and a half. Of 44" wide fabric. Because that sounds like a rational thing to do. 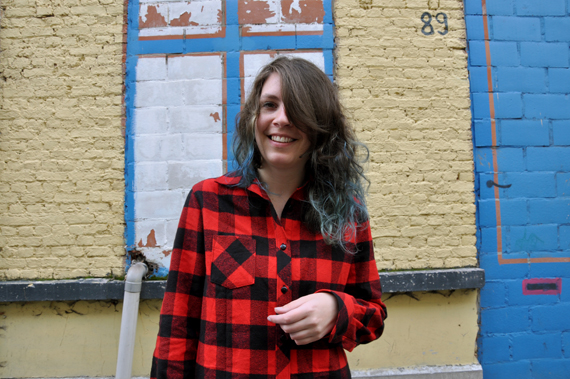 GUESS WHAT IT WORKED

I traced a smaller size of the Archer (the first and so far only one I had ever made was roomy to start with and I've gotten a bit smaller since then) and cut everything on a single layer, paying really close attention. 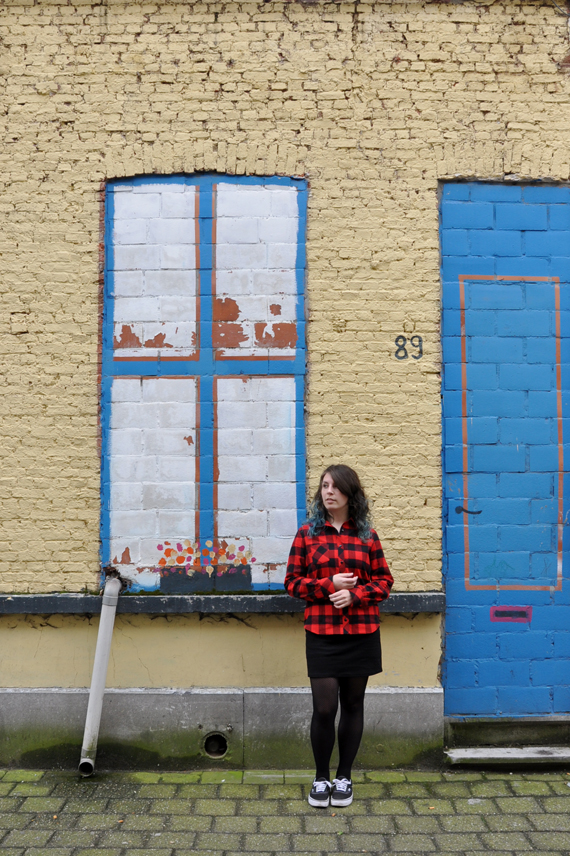 I had to cut the inside yoke and collar stand from some black cotton but managed to squeeze all other pieces out of the flannel. And match my plaid! The button band, cuffs, yoke, pocket and sleeve plackets were all cut on the bias to avoid having to match the plaid there. 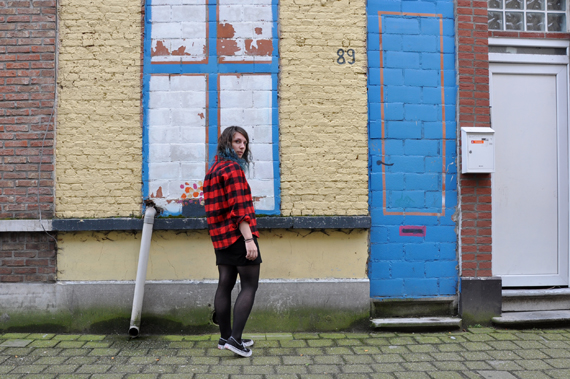 The finished shirt is super comfy, and still the right amount of slouchy, even with the smaller size. The sleeves are maybe a bit too generous, even though my boyfriend had an explanation for that... Apparently I'll need those big sleeves for my lumberjack muscles. My theory is that this shirt was supposed to be for this guy: 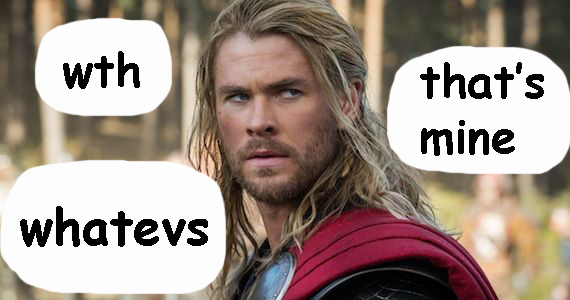 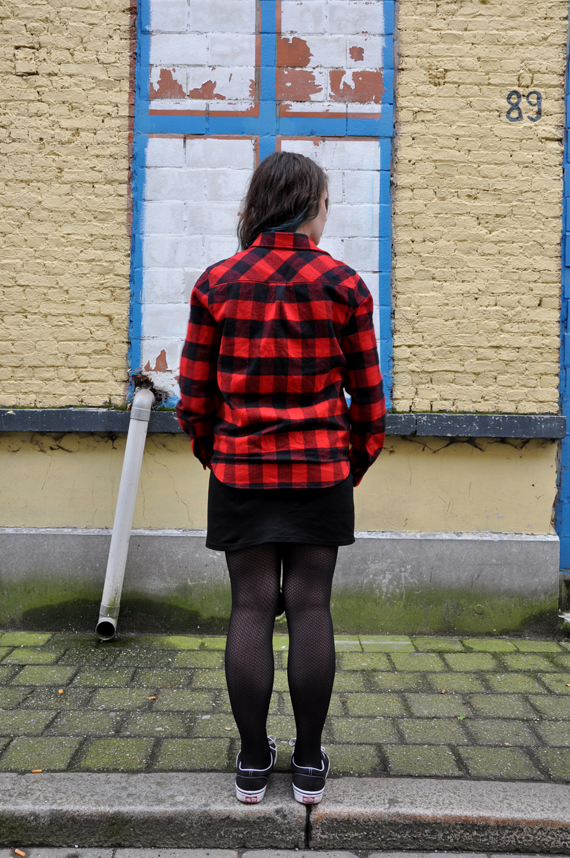 Here's a picture of me from the back! There's some pooling up there but it doesn't bother me enough to do something about it. I like the fit throughout the shoulders a lot more on this shirt, they were definitely too wide on the previous one! 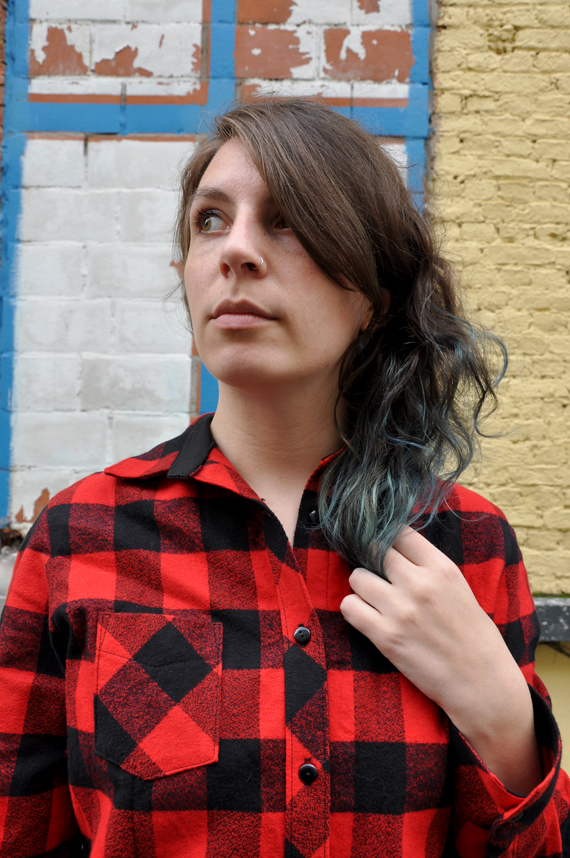 Have some details. I always find the super precise stitching on shirts to be a bit daunting, but I did a pretty good job on this one! It might be my finest collar and collar stand to date. I did use the Alder pocket instead of the Archer one because I like the pointy bits more than the rectangle things. 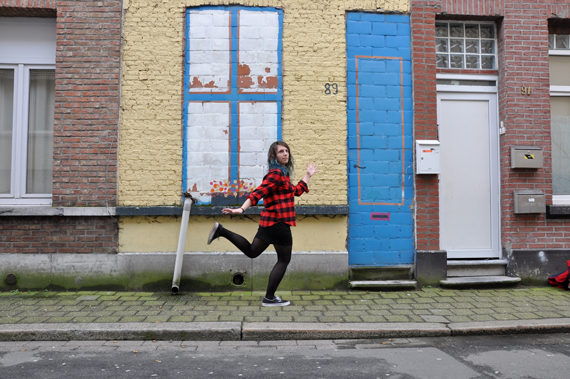 "Do something" he said.

I wore this shirt to work today and it definitely passed the test: super comfortable, nice and snug, makes me feel like I'm actually in pyjamas and forgot to put on proper clothes. Big win.

I will leave you with one more picture of proud plaid matching because 1,5 yards!!! 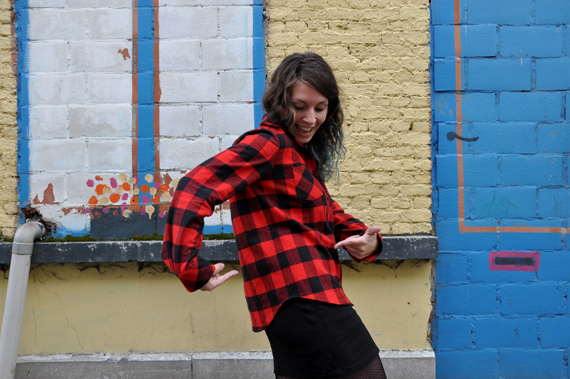 (If you want to know about the title of this post, go read this comic and then read everything this woman has ever drawn)
Gepost door Anneke op 12:23 Geen opmerkingen: