Year In, Year Out

Happy New Year everyone! I hope you had a lovely time. I had a nice dinner with friends and watched the fireworks from an attic window in their new house. We also tried to take a family portrait: 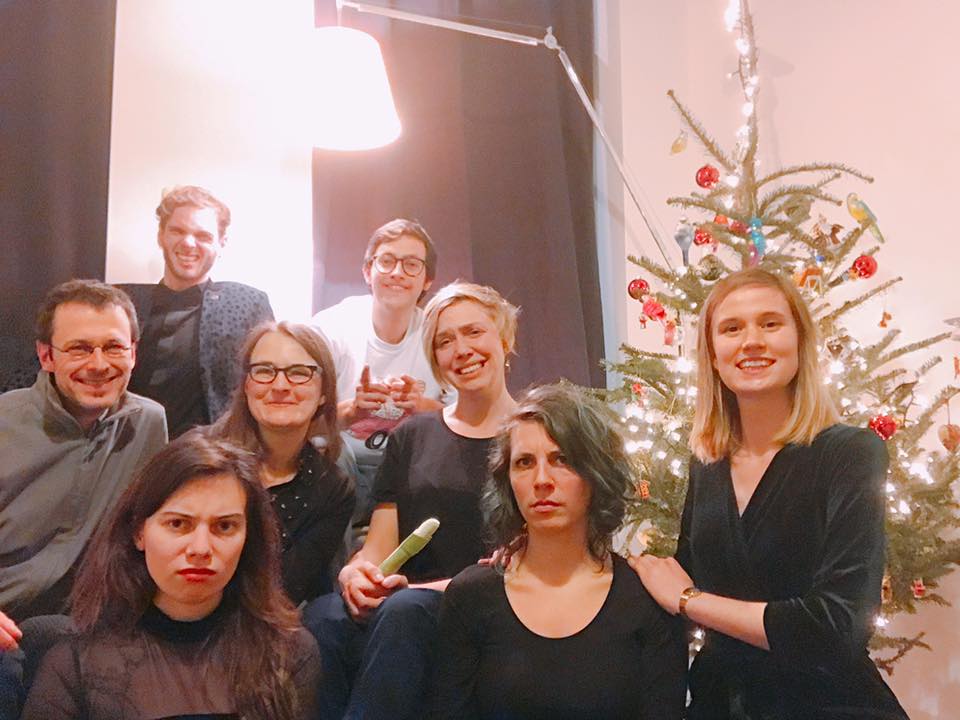 I haven't posted much the past month, not because I haven't made anything but just because most of the things I'm working on are long-term projects. So instead of a nice series of photos of a finished thing I now give you some rambing about loads of different things. And a skirt.

I spent a large chunk of my time knitting these past few weeks. The Stonecutter pattern has been on my wishlist for AGES but I was too chicken to go for it, so then I bought the yarn and bullied myself into starting. It took some experimenting with swatches to get my gauge right and I have to stay REALLY focused on the cable charts, but I can proudly say the back is almost done, with only one obvious mistake (which I'm not correcting): 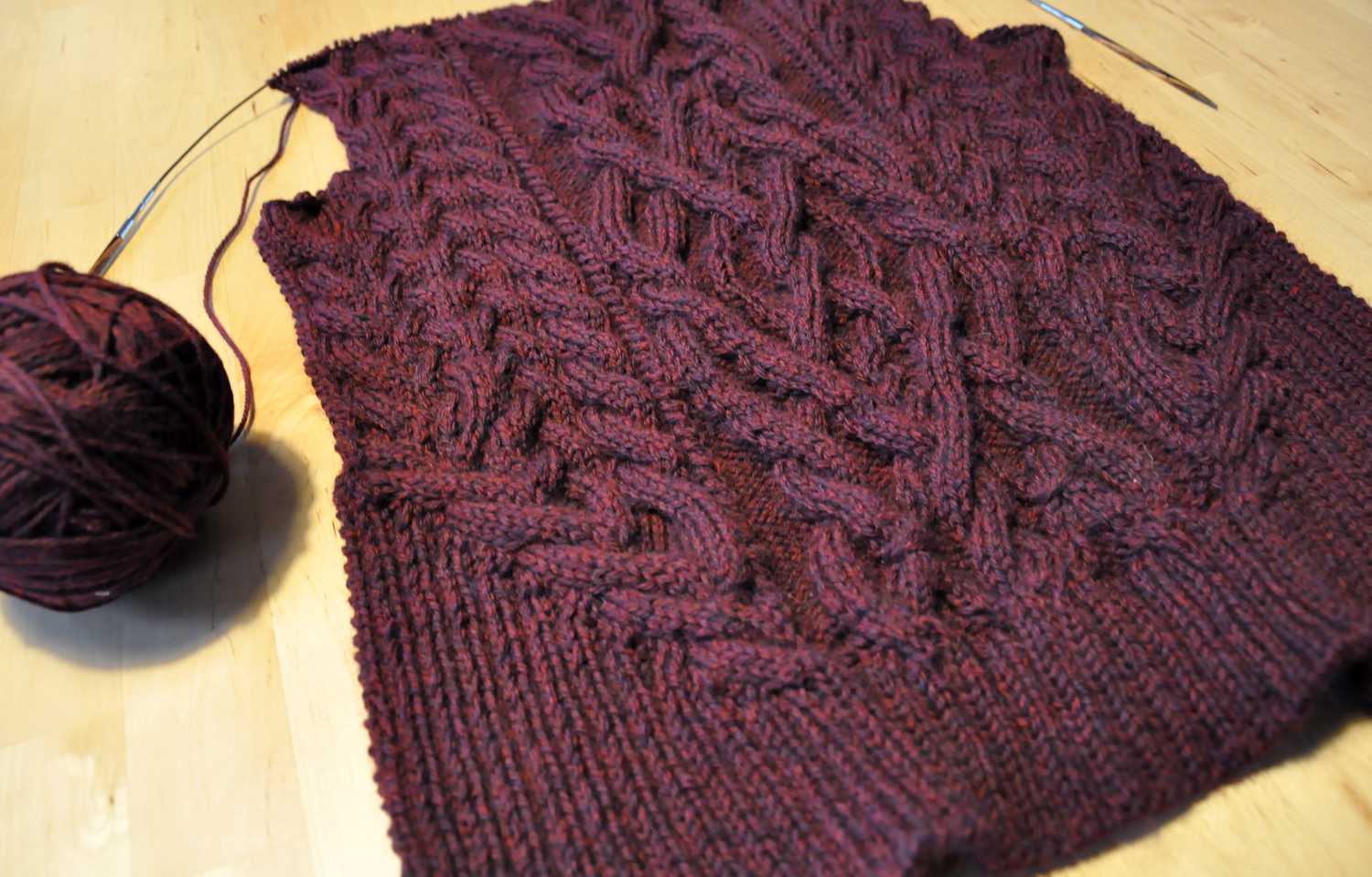 The yarn is Cascade 220 because this is a yarn-eating beast and I have to keep a budget in mind, but it's lovely to work with so far. I was a bit worried about wether or not the cables would show up well enough in a dark colour but I love it!

There's been quite a bit of drawing as well. I made a sticker! 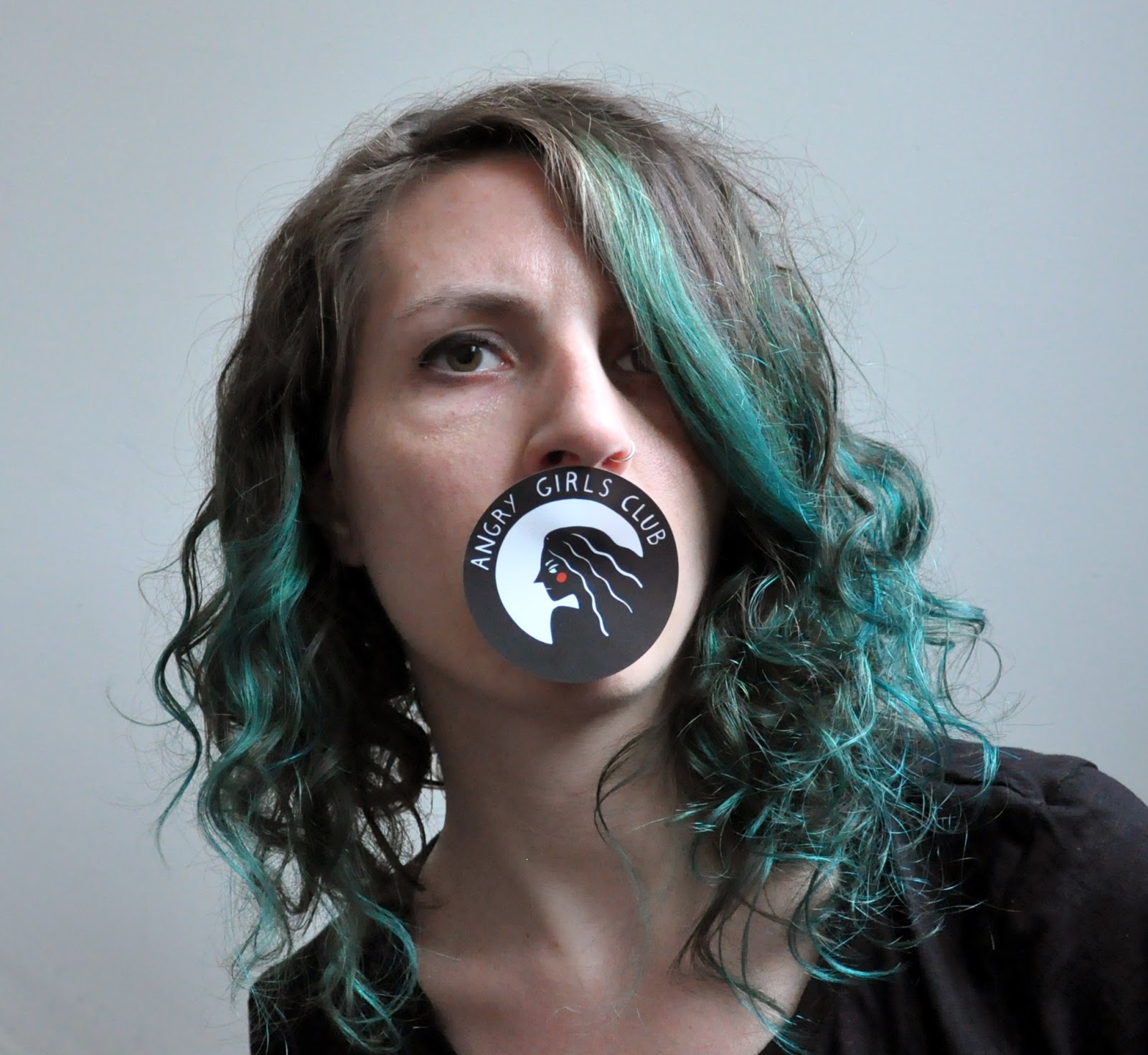 It's something I had in mind for ages and just finally got around to doing. I've been handing these out and putting them up for the past few weeks, and it's exciting to see them pop up in different places!

I've also been sketching for a project that sort of fits this Angry Girls Club theme (and this other Medusa drawing I did earlier this year). It's also a good excuse to draw naked girls on goats. 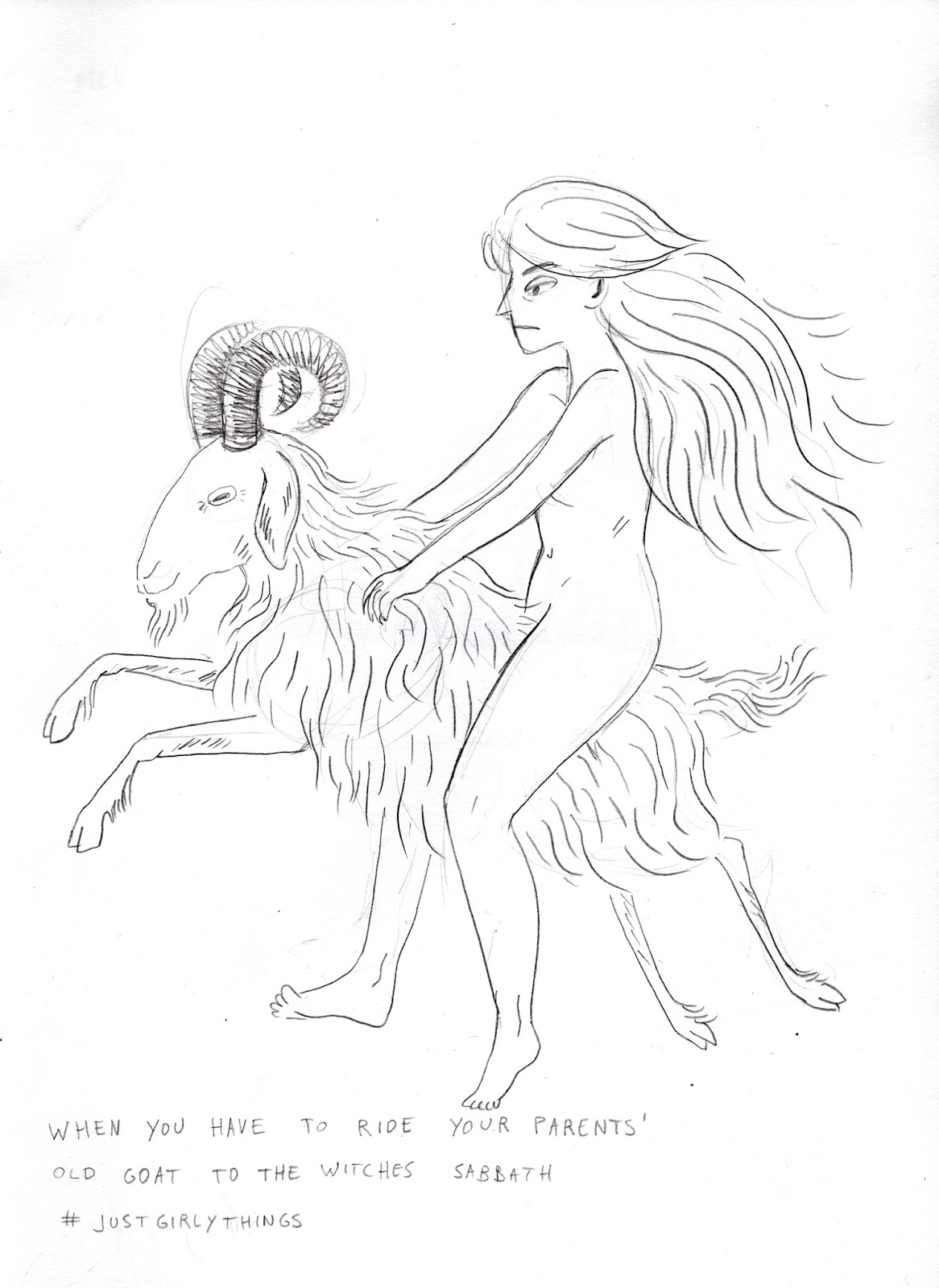 I usually don't do resolutions, but this upcoming year I want to try and spend more time making things just for the sake of it. A lot of my creating is done with a purpose, either because it's a comission, or I want to make it into something I can sell, or it's an item of clothing I need or want for a specific occasion. Earlier this month me and my friends Hélène and Nena got together to make papier maché Christmas decorations, and it was so much fun. We were using our hands just for the sake of it, without any pressure, and it felt really refreshing! I gave most of mine away, but kept a skull and a unicorn: 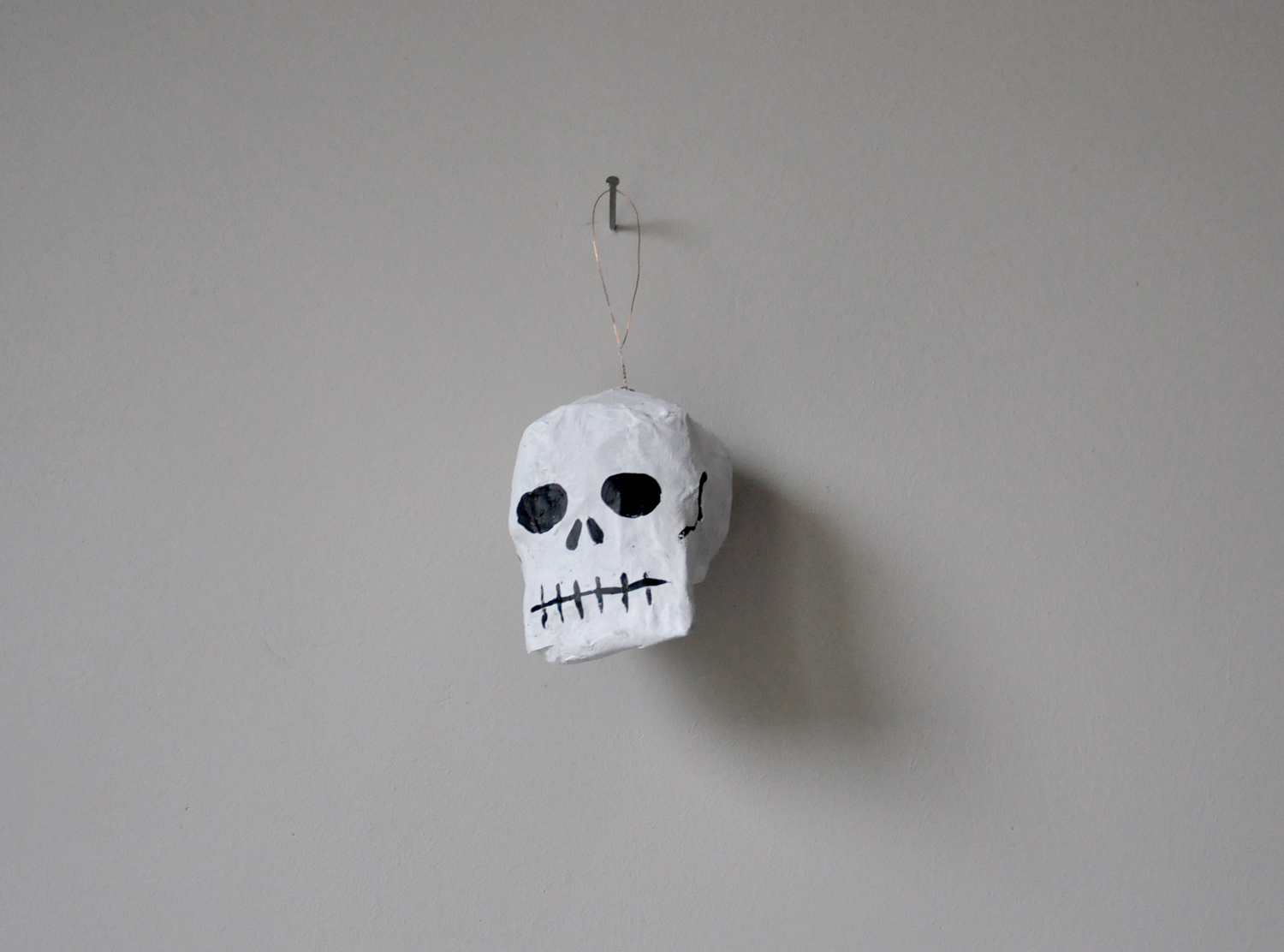 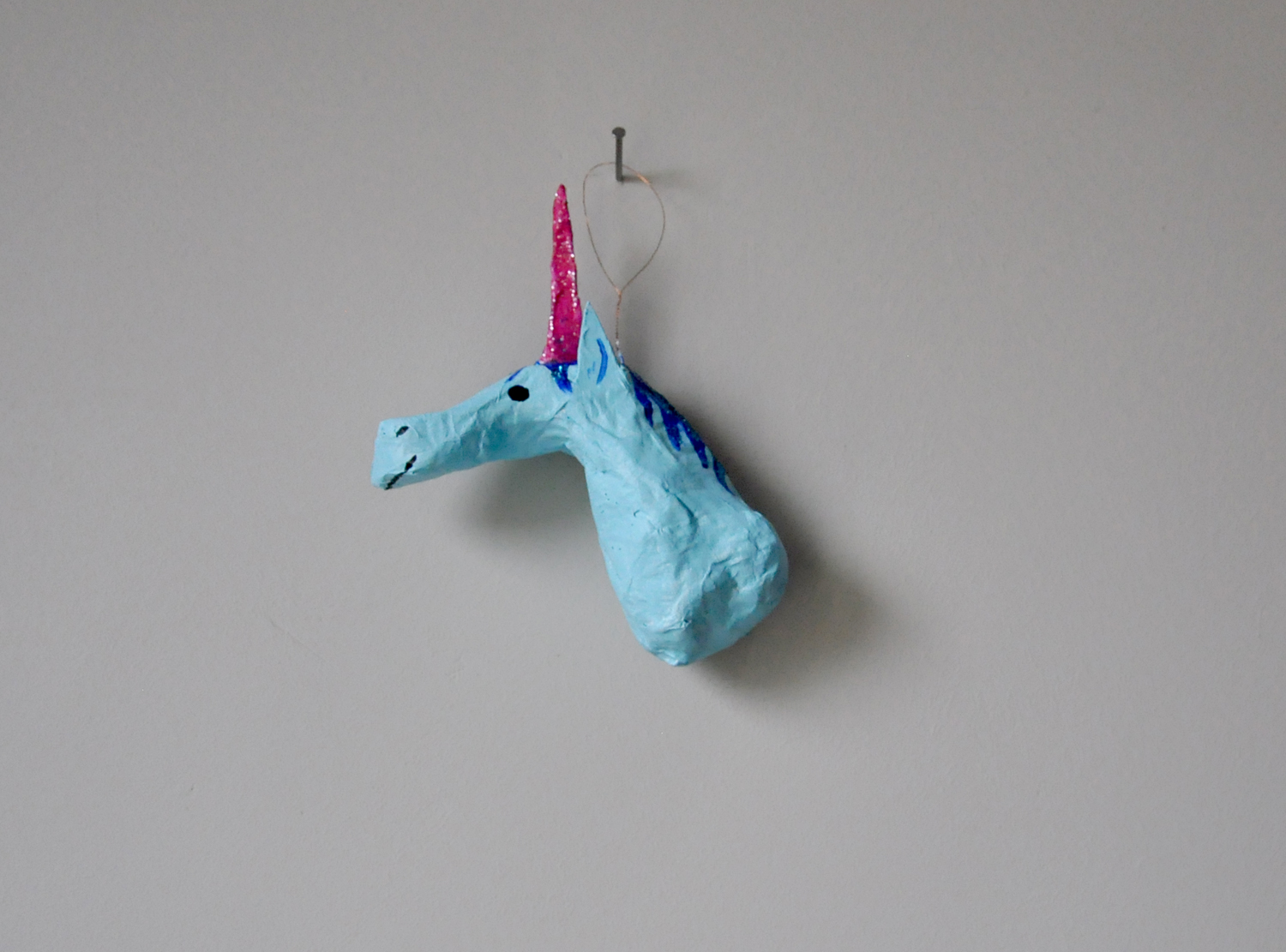 Nena was a bit more ambitious and tried to recreate the Koekelberg Basilica. I spent the night at her place after New Year's Eve and we went outside in the rain to try and get a picture that accurately represents how well her project turned out: 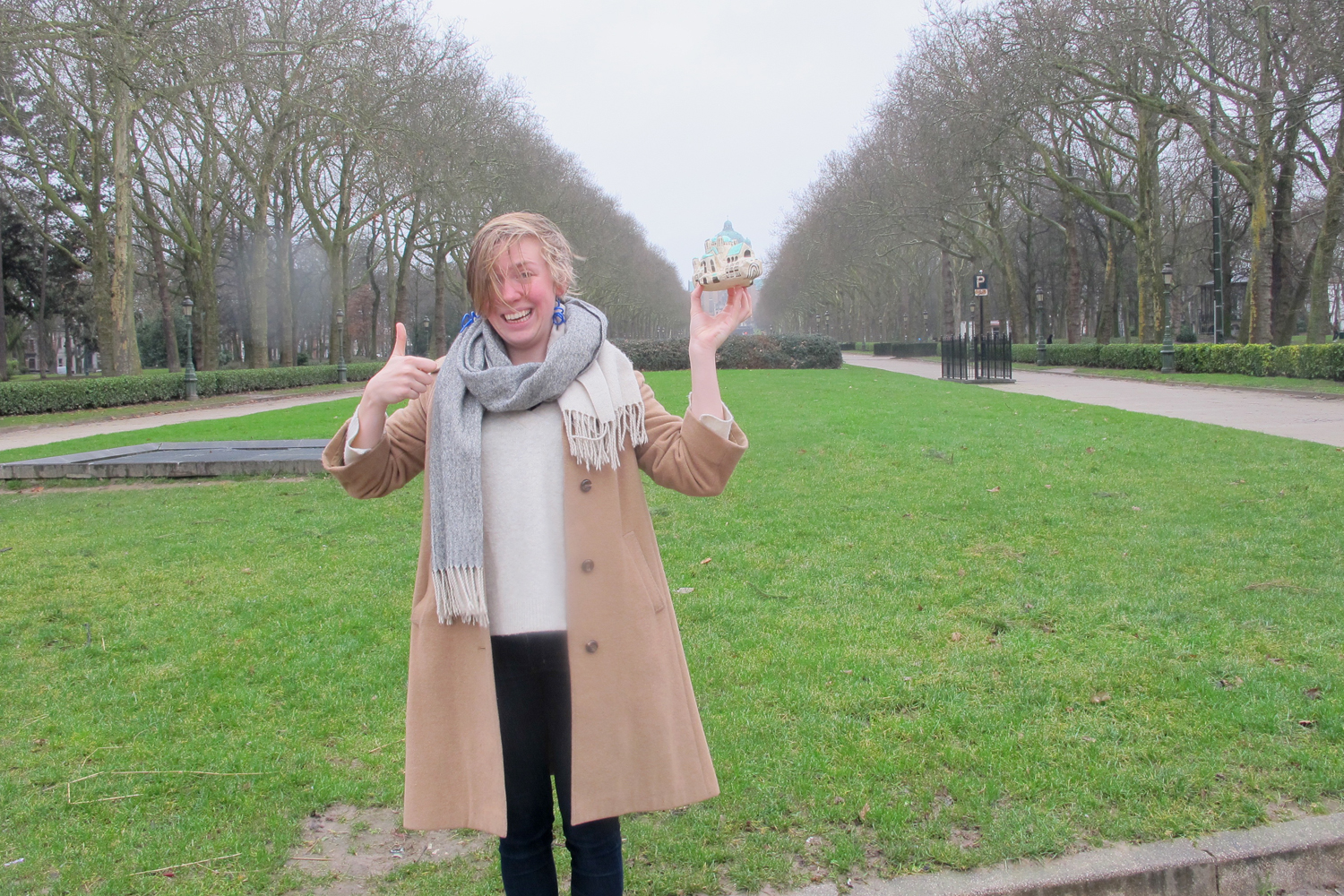 Which brings us to one of the only finished things I'm going to talk about: a golden skirt. I got this beautiful sparkly fabric at the Dries Van Noten stocksale earlier this year and decided to let it shine by using it for a simple circle skirt. I'm not sure what it is, but it feels like a wool with golden threads woven through on the right side (the wrong side of the fabric is black and soft). I wish my pictures did it justice but alas, the rain made it into a pretty miserable experience. 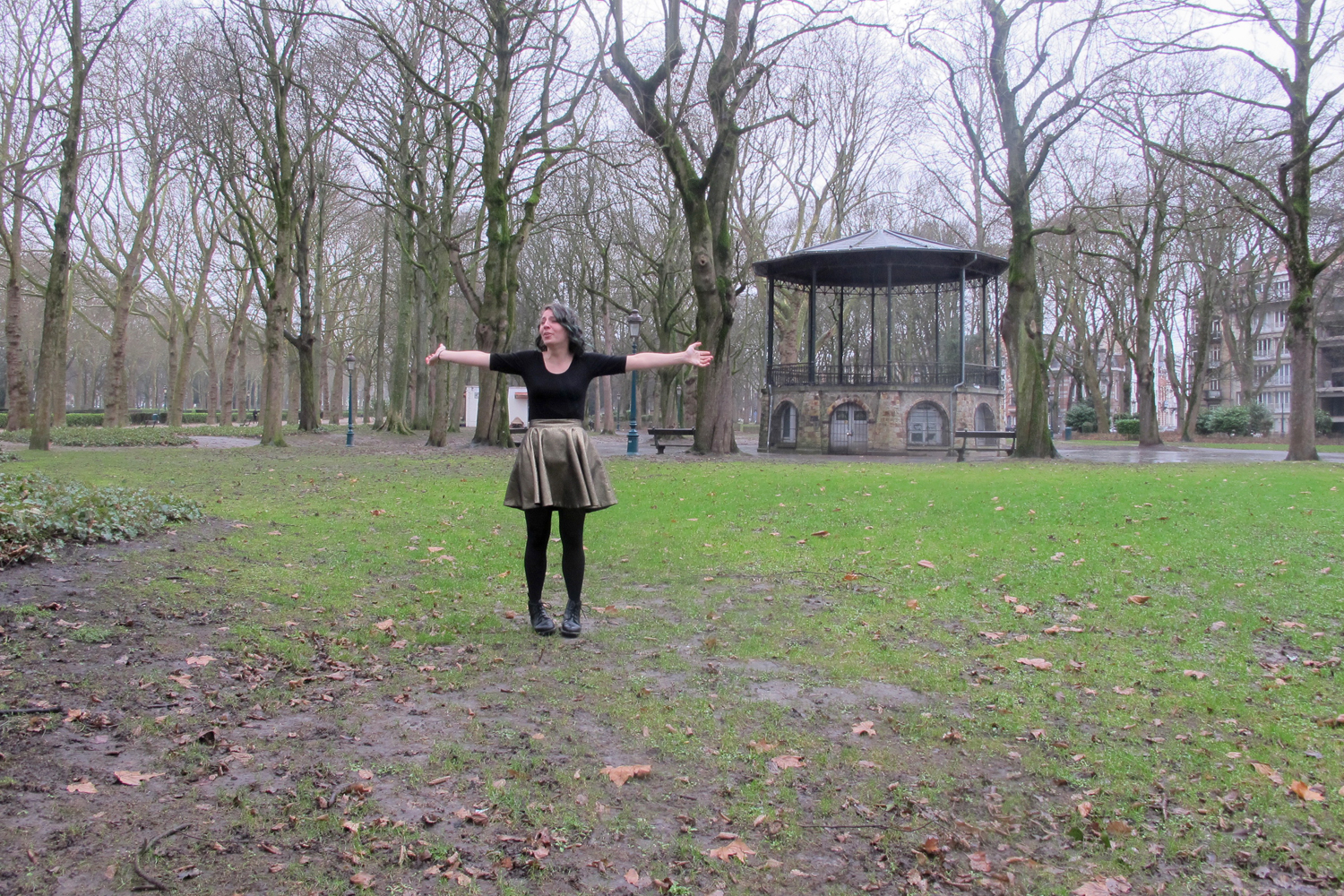 This is just my basic circle skirt with a straight waistband and an exposed zipper in the back. I added a lining because the wrong side of the fabric is a bit textured, and I didn't want it to catch on my tights too much. The fabric is really really gold in some light, and a bit more subtle at other times. 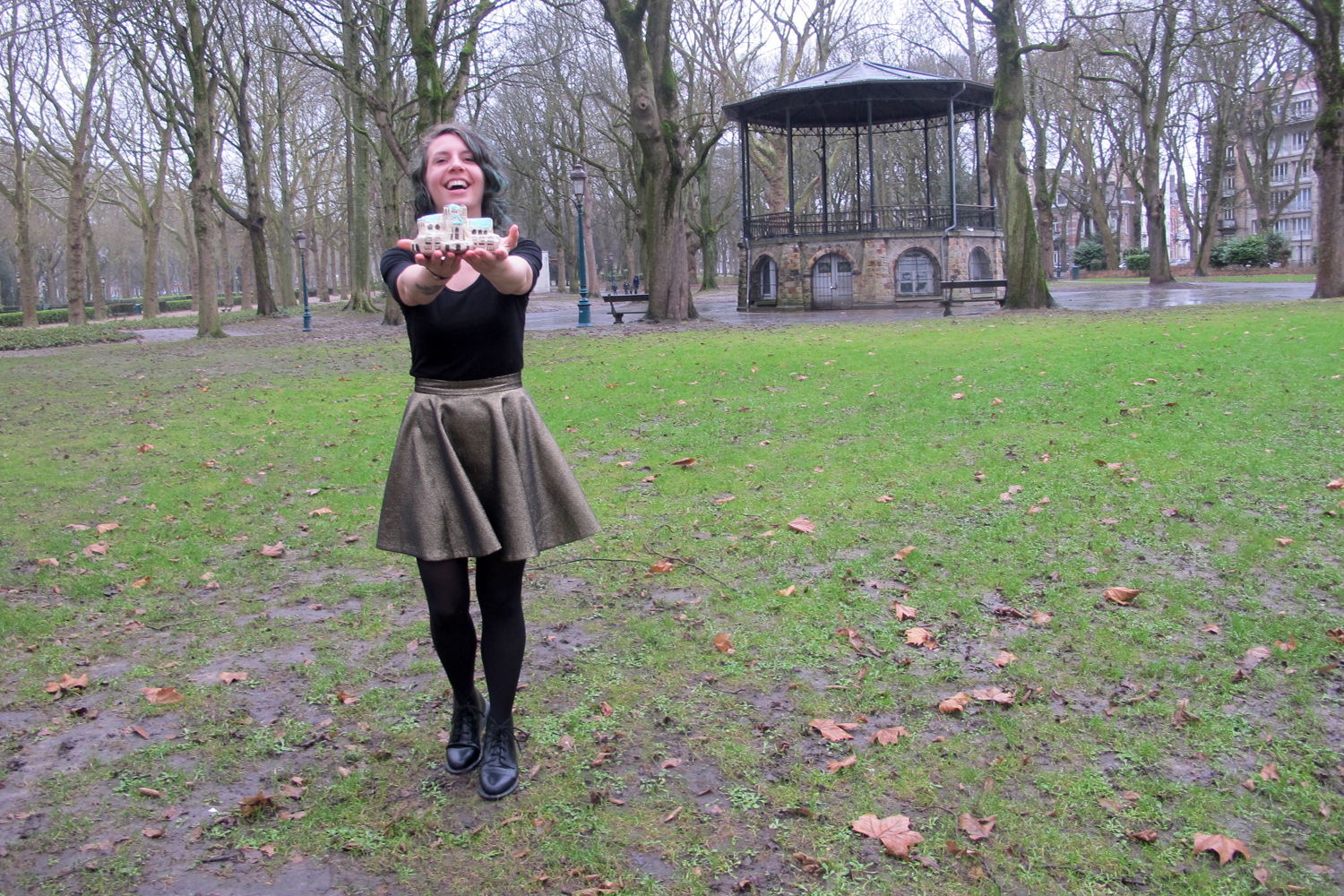 I'm going to finish by saying something about a bigger project me and Joost have been working on for... over a year now? We wanted to recreate the coat Sherlock wears in the BBC version, and I can proudly say that the men's version is now available on freesewing.org! There is a women's version in the works and I hope we can get that done soon, because I have some beautiful coating here that's just begging to be made into something...
Gepost door Anneke op 08:03