I Am Not Using The Obvious Title

Although 'Ich möchte ein Eisbär sein' would have been perfect, if not a bit cliché.

Me and a few friends try to have a (themed) Christmas party every year. It's more an excuse to get together and make a costume, so we do it at the end of January (when everyone is kind of free). This year we decided to combine Halloween and Christmas into one, and I just finished my costume: 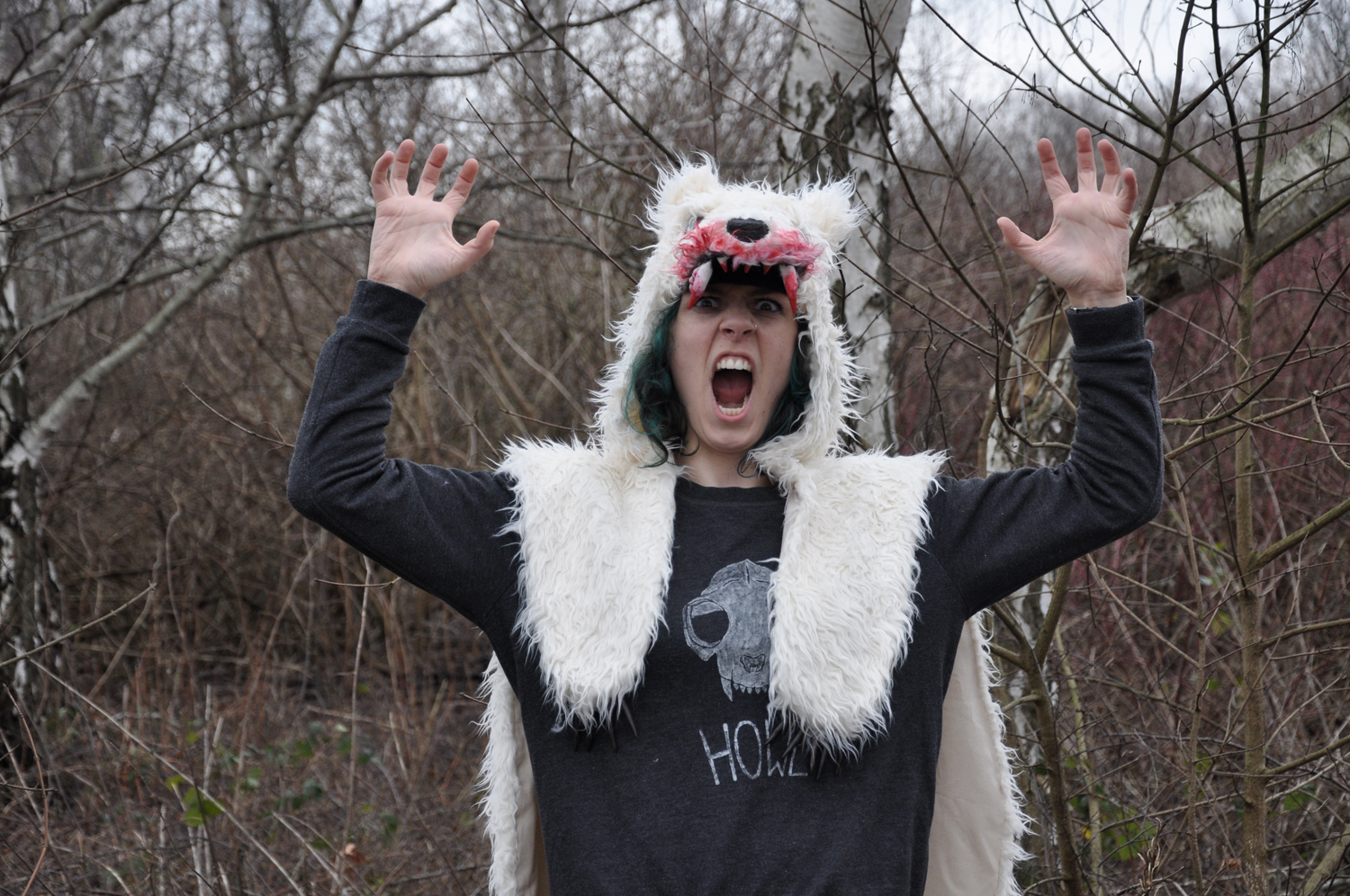 One thing I always try is to make a costume with things I already have, and keep it low budget (and not too wasteful). I've had loads of white faux fur in my stash for so long, I don't even remember where it came from, so I decided to do something with that. Polar bears are kind of wintery, so how about a killer polar bear cape? 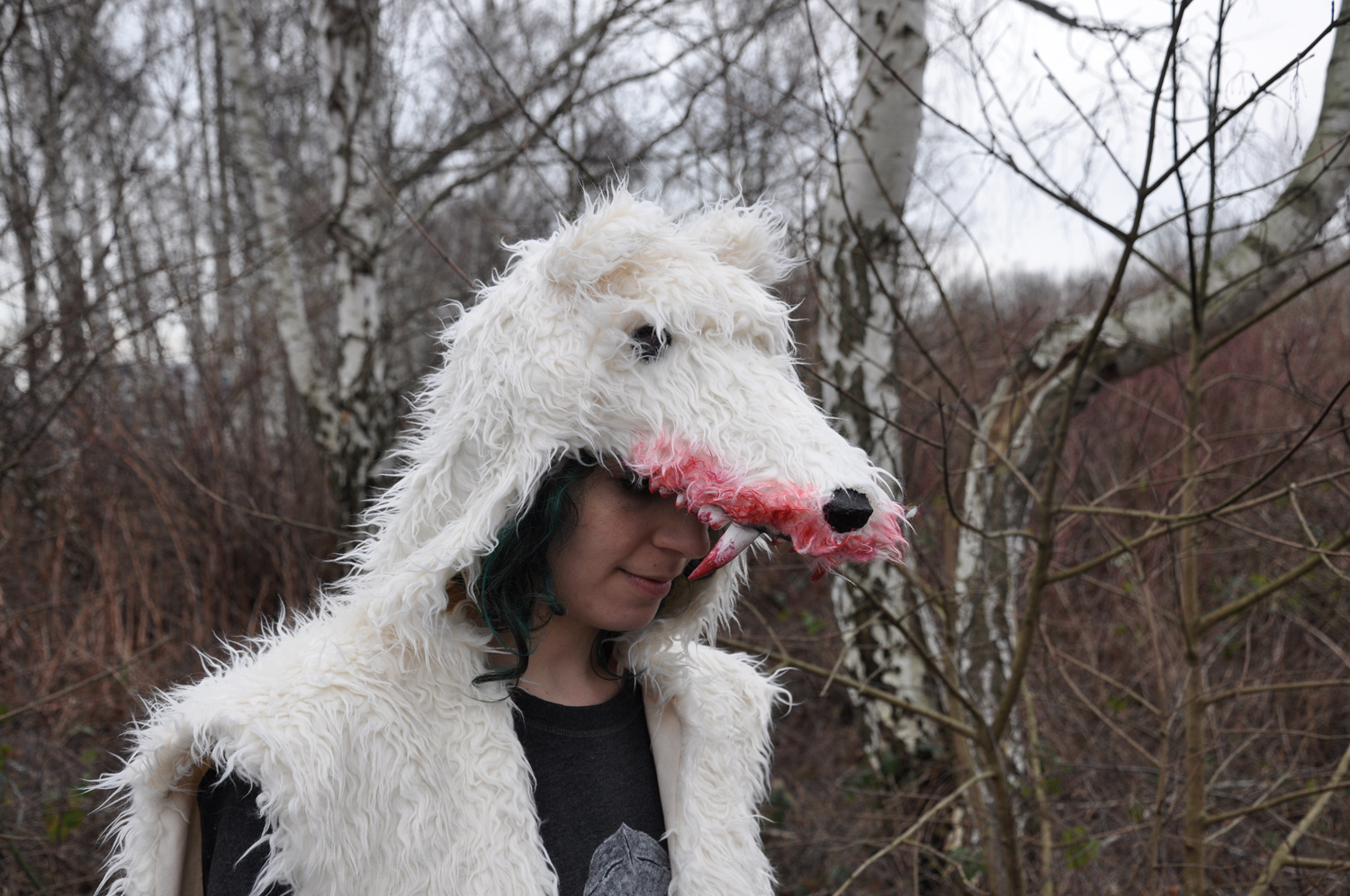 Constructing this was... Interesting. I had never done anything like it before but thought it would be best to have a solid (and lightweight) structure on my head and let that support the shape of the head and bear the weight of the cape. I constructed a very basic shape out of strips of leftover cork leather and paper, and covered that with a thin layer of papier maché. 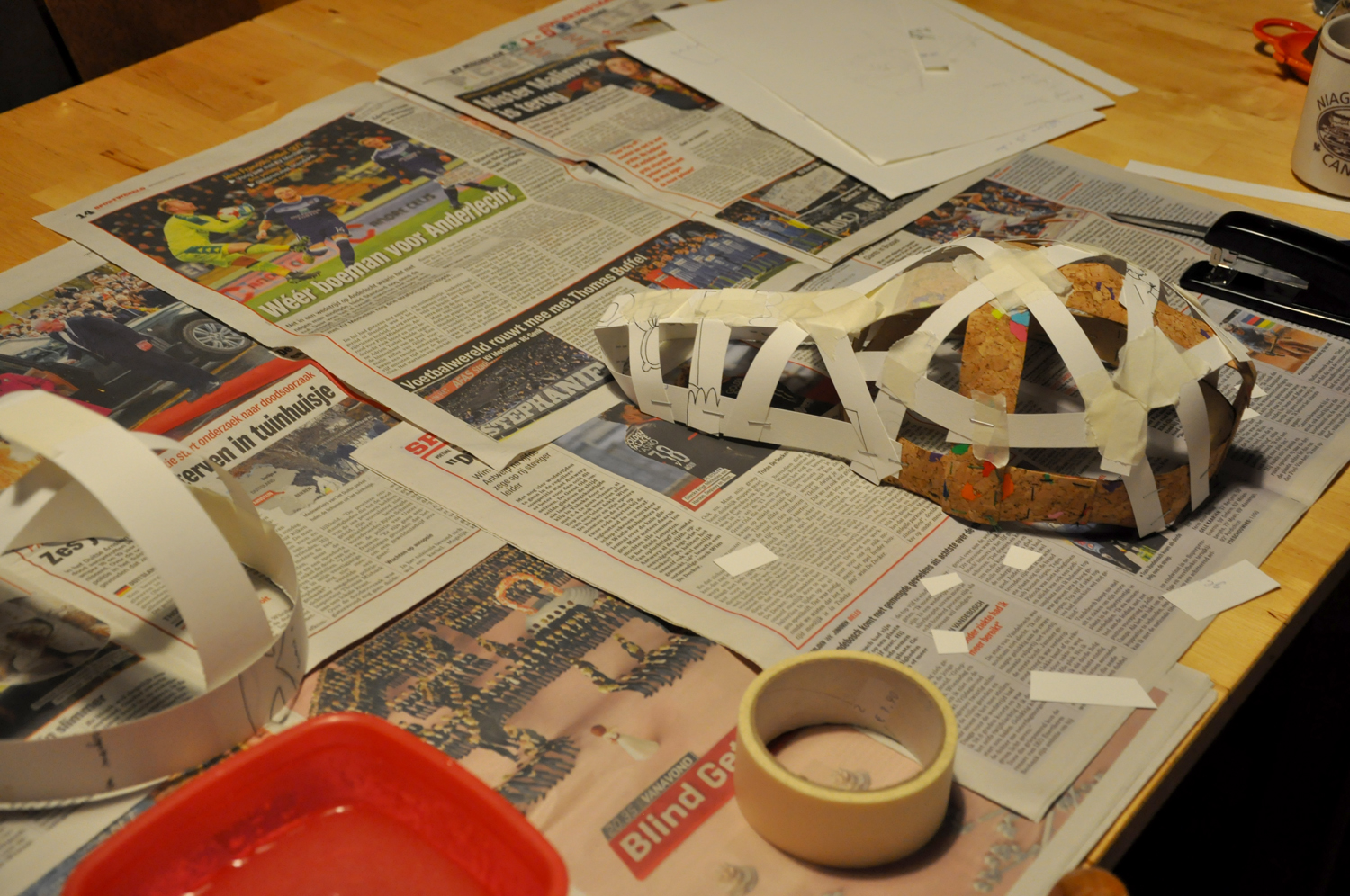 I wanted the teeth to have a realistic feel to them, so I sculpted them out of this oven-bake polymer clay. I gave them a flat piece at the top and poked holes into that so I could attach them to the base later (which was a good idea since I'm not sure glue alone would have been sturdy enough). I also sculpted and painted eyes! 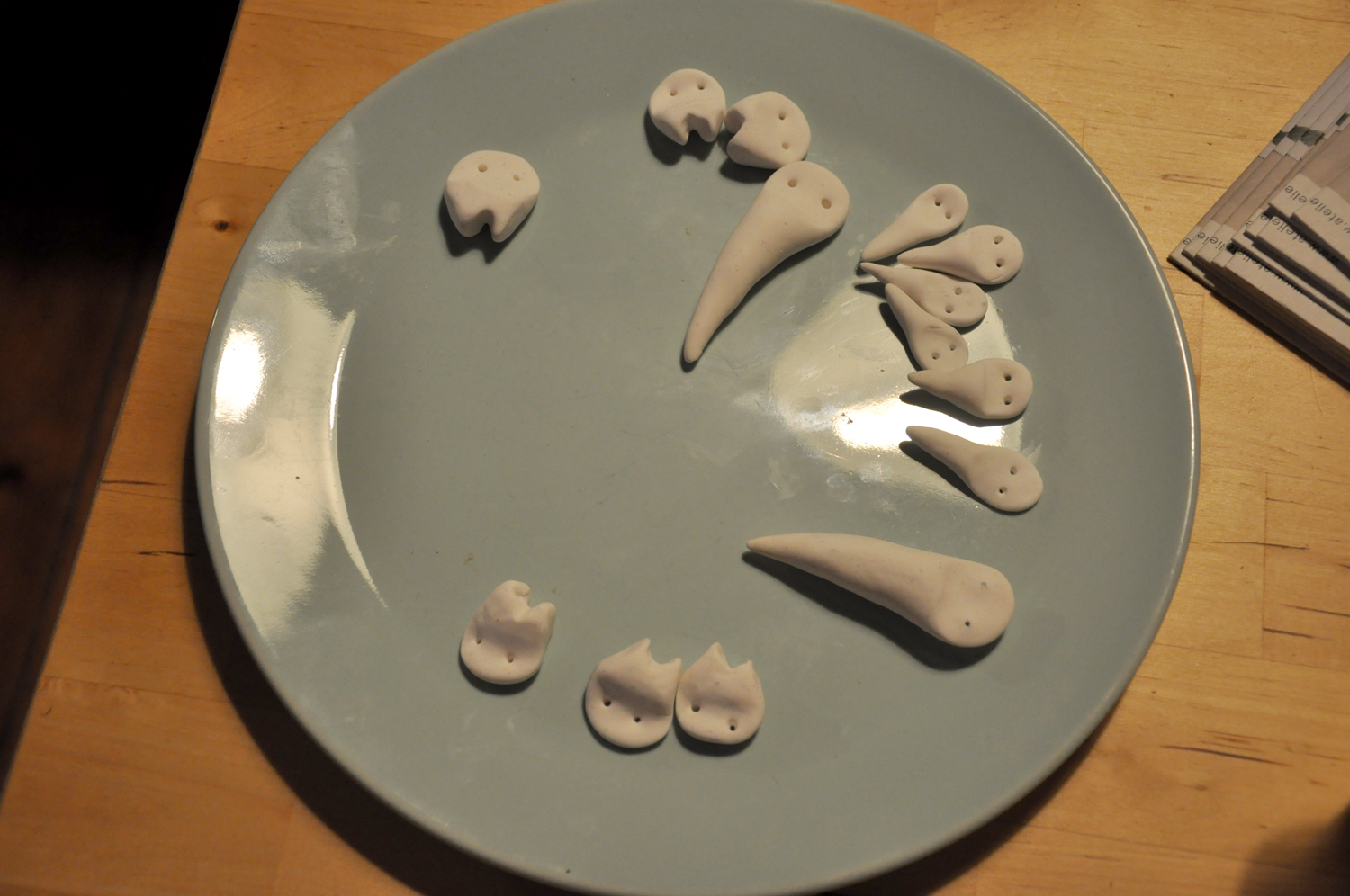 In the end I sewed the teeth to the base with sturdy thread and used a bit of glue to keep them in place. I attached the eyes in the same way and started thinking about fur! 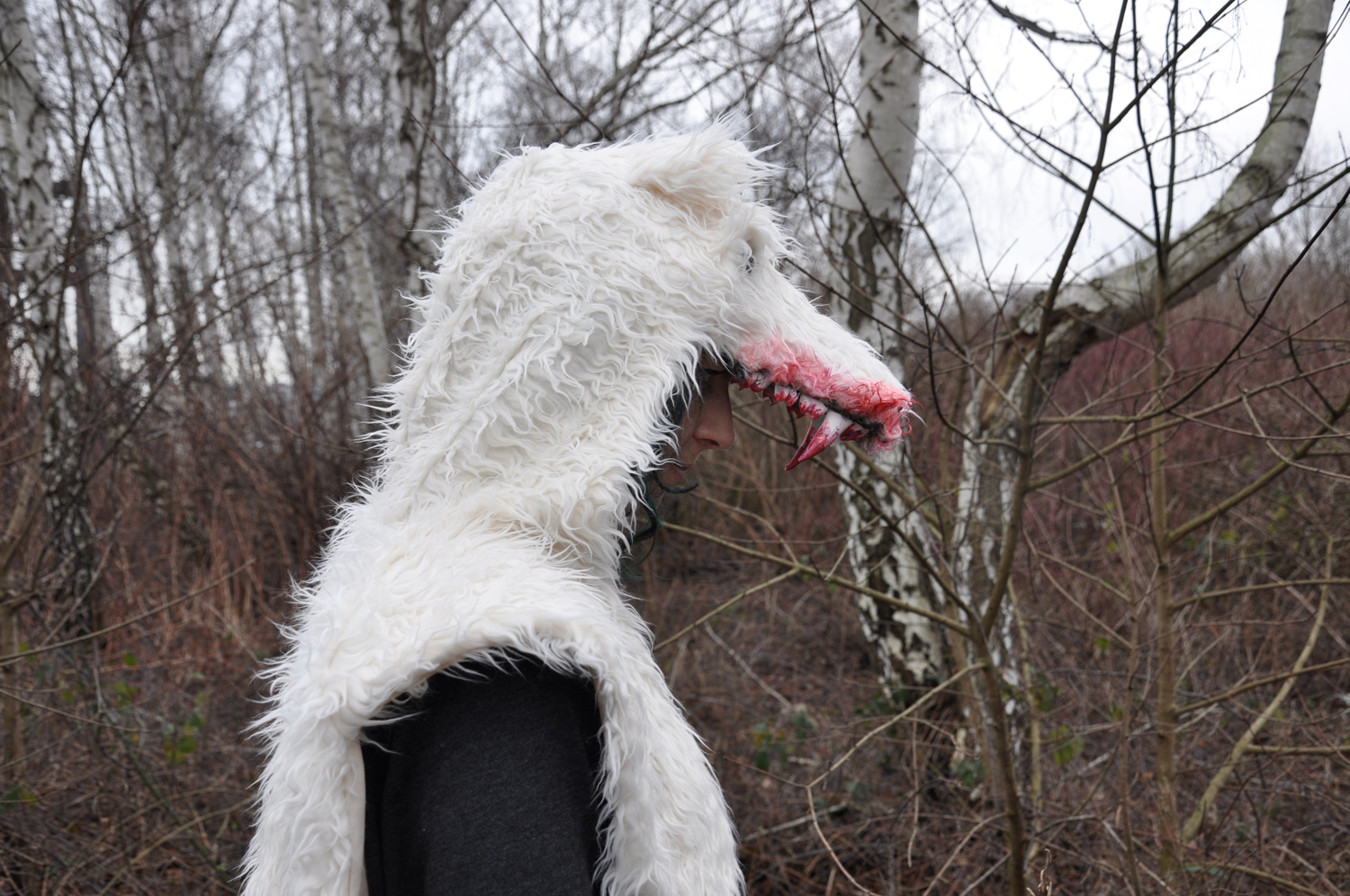 I draped pieces of fur over the snout portion first, and secured them with pins (this is where the lightweight paper base came in handy). The fur was sewn in place by hand, rather roughly, but the stitches disappear between the hair. I made sure the entire front was covered and cut away some of the fur to make room for the eyes and nose. Then I used the hood pattern piece for the Huey Hoodie to cover the back. I cut it a little larger in the front so I could make a fold and create an eyebrow ridge for added realism. After this I just had to sew on some ears, splash on some paint and the head was done! 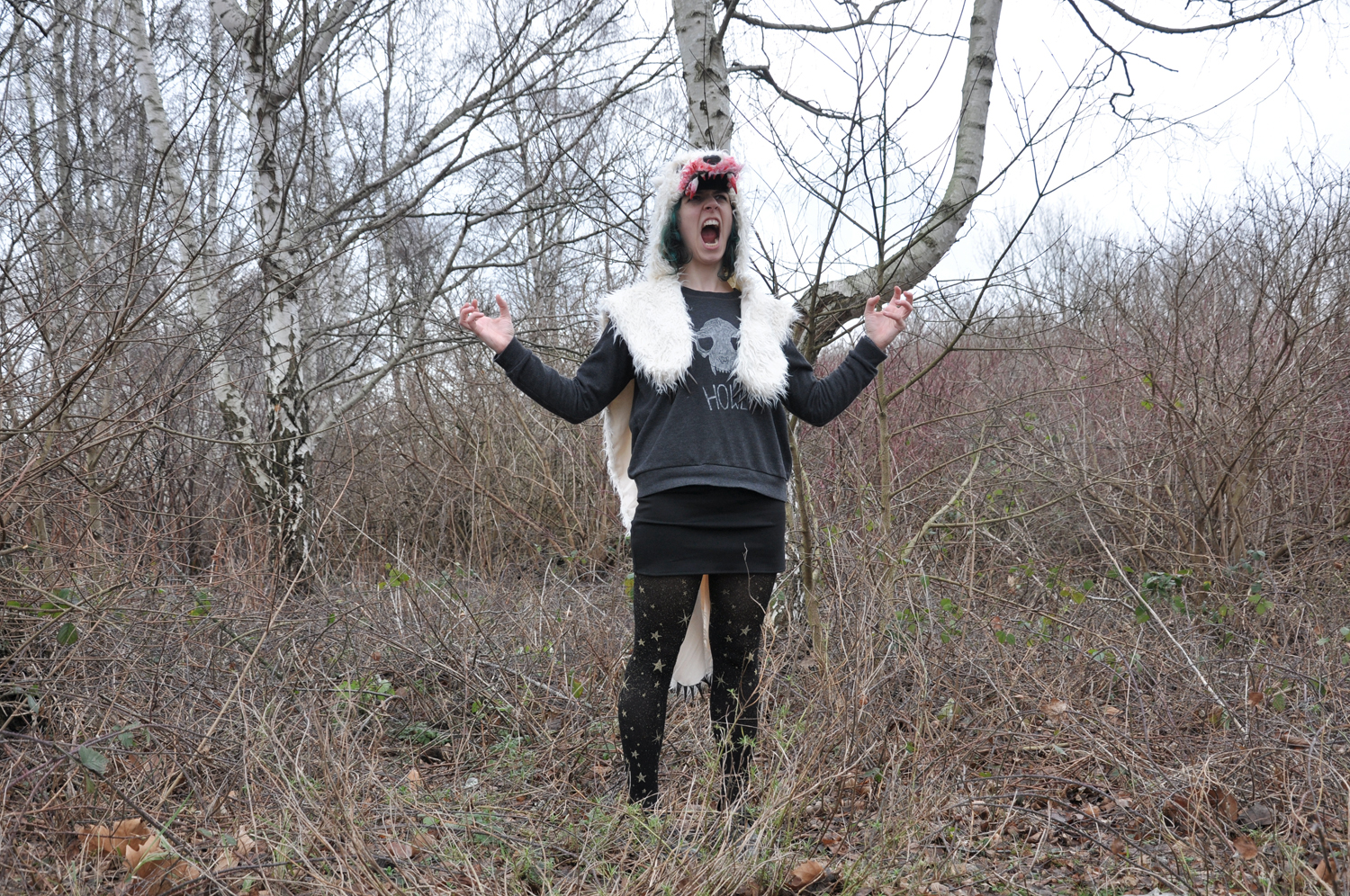 The last step was making the rest of the cape. I used more polymer clay to make claws, and drafted two front pieces and a back with legs and a little tail. 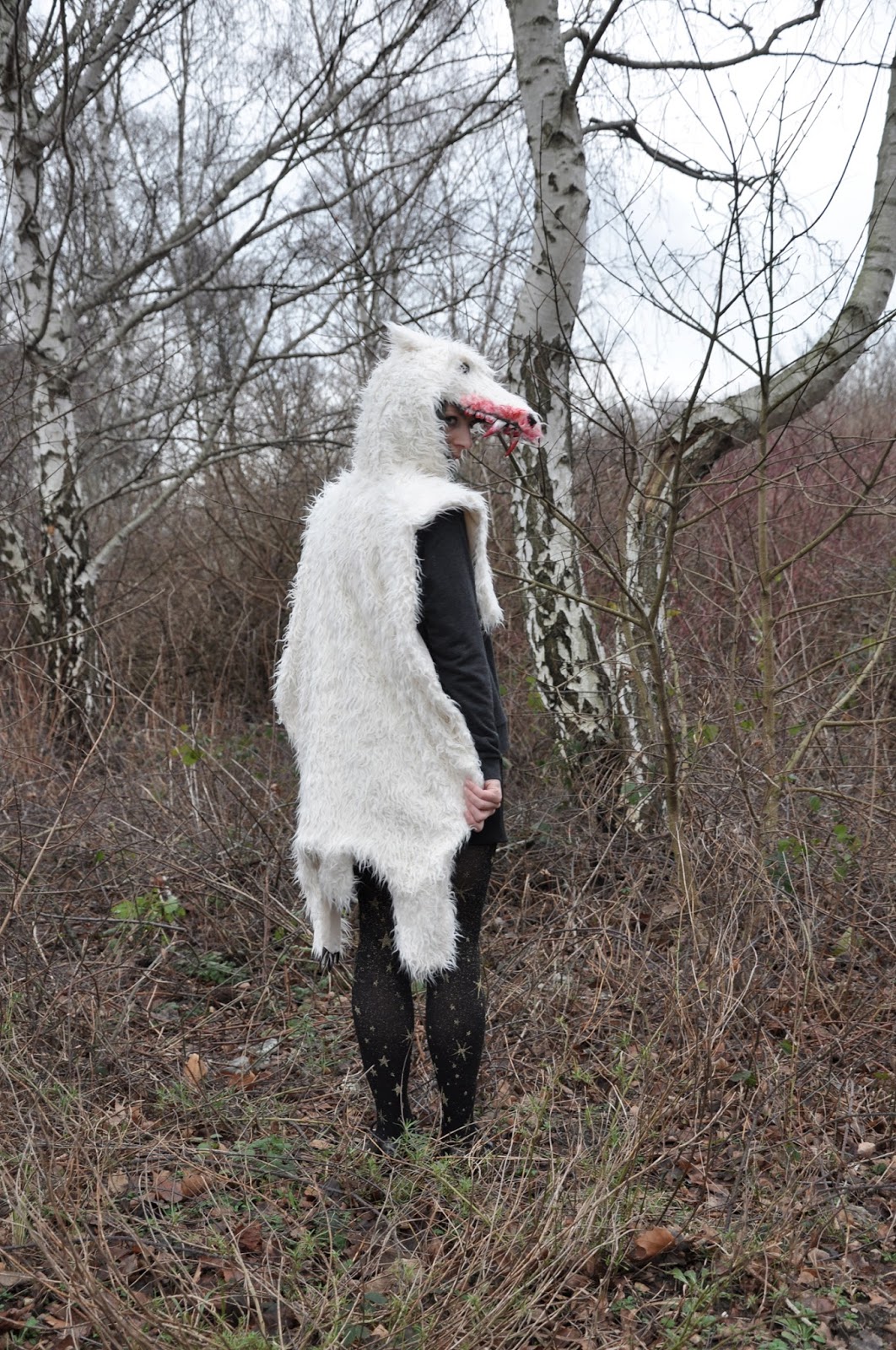 The claws were sewn onto the plain cotton lining first, and then the lining and fur were sewn together (by hand, at a friend's house one night) and turned right side out. All I had to do then was attach the head/hood to the cape and bam! 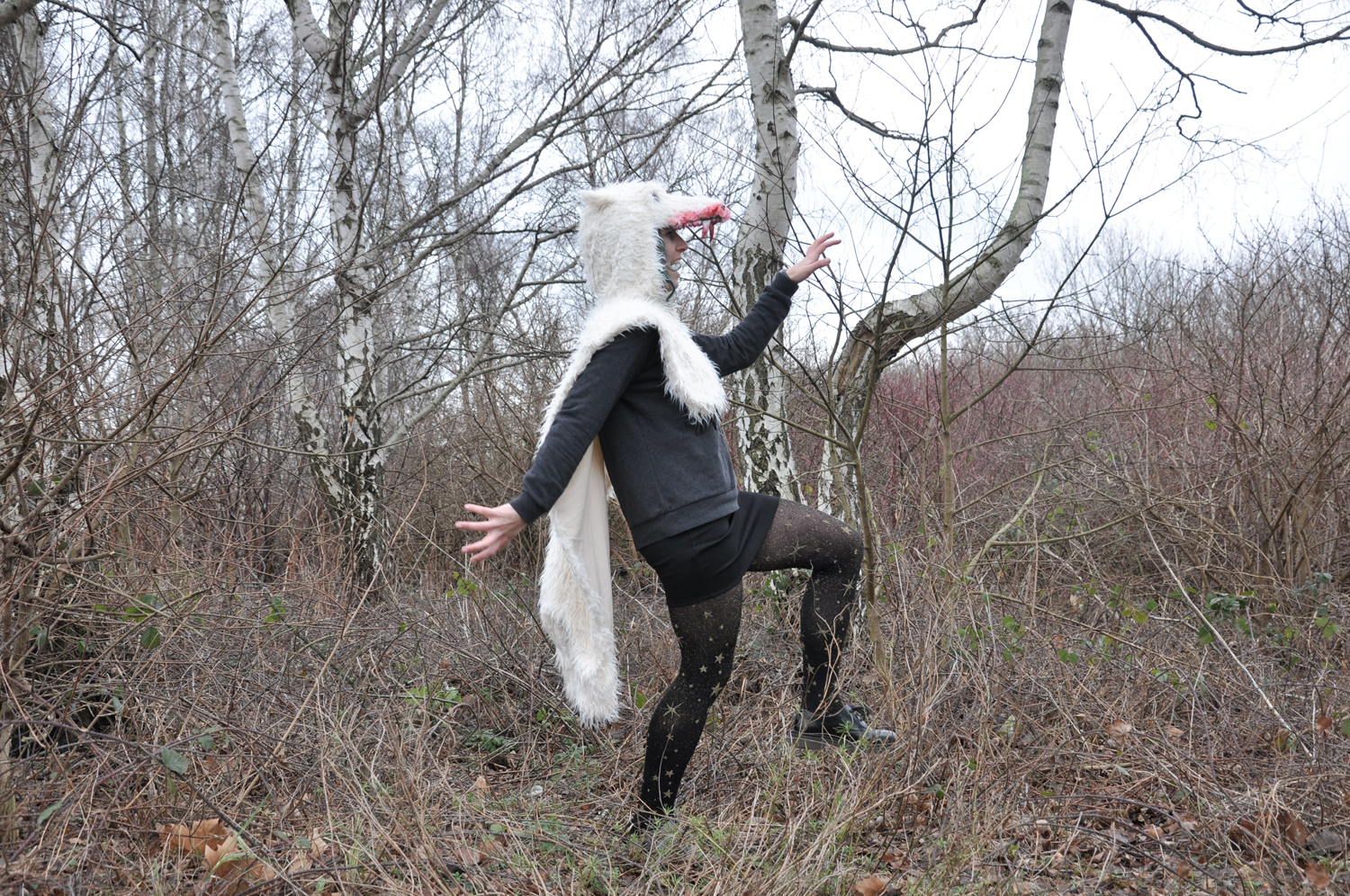 I'm not sure if this will become a wardrobe staple, but I had a blast thinking and making this up. I've always wanted to do more elaborate structures in costumes, and this was a promising start!

Now, as a bonus, for those who thought we had gone to some kind of wilderness to take these pictures: 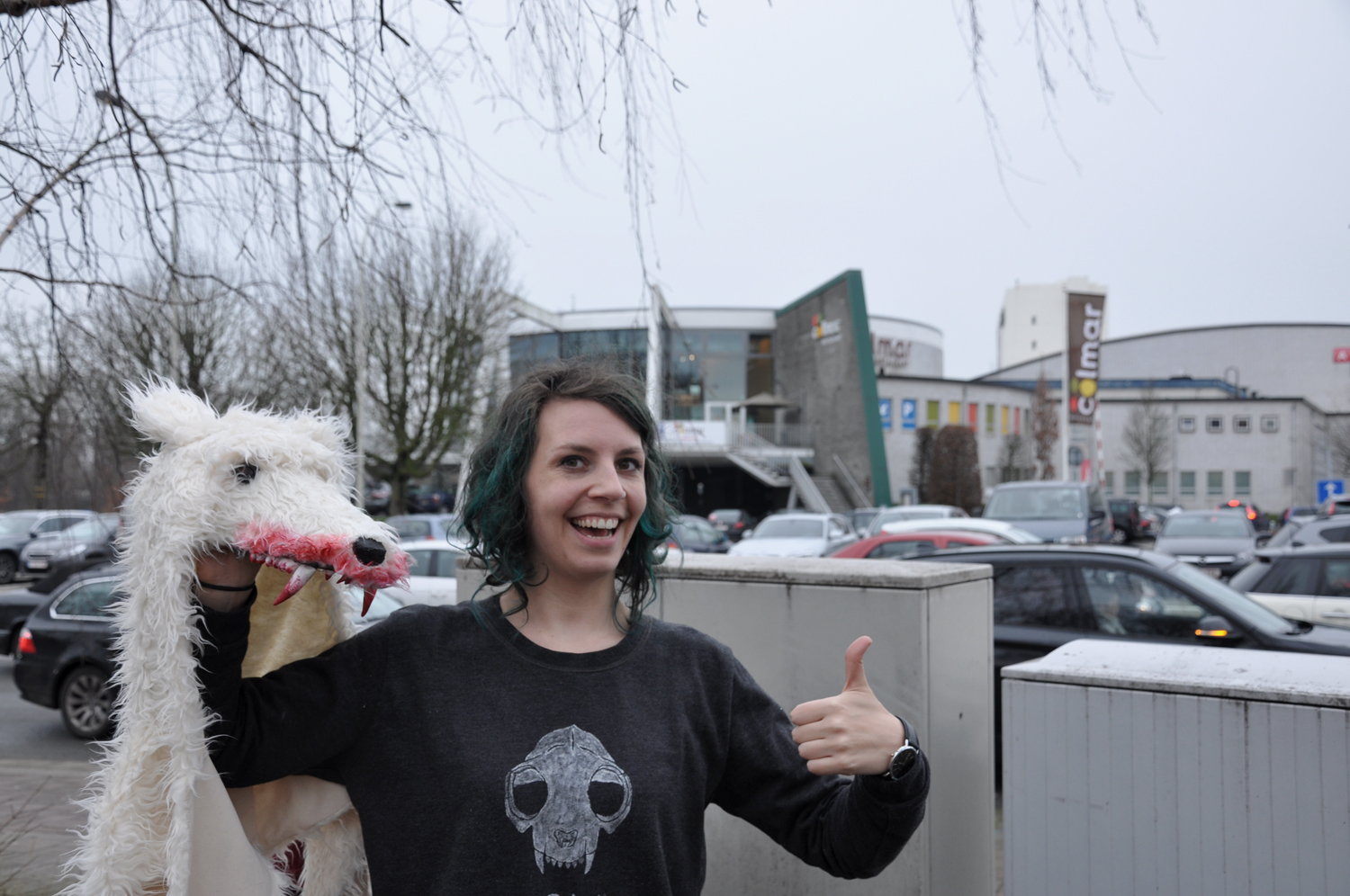 That was on the other side of the camera. There was some honking.

Now I only have to find a suitable name for my new polar bear friend...
Gepost door Anneke op 07:59