This post title will make sense at some point, I promise.

So, I've had pants on my mind for a while. Wide-legged ones, especially. It's a silhouette I haven't worn in a long time, mostly because I wasn't sure if it looked good on me- a lot of high-waisted pants seemed to make my upper body look short and stumpy in a way high-waisted skirts don't (does that make any sense?). I also noticed that most patterns for wide-legged pants have pleats in the front, while I prefer the look of a flat-front trouser. And then I spotted Eleonore wearing something that was exactly what I had in mind! She told me she had used this pattern by new-to-me Kommatia patterns. I then dove straight in! 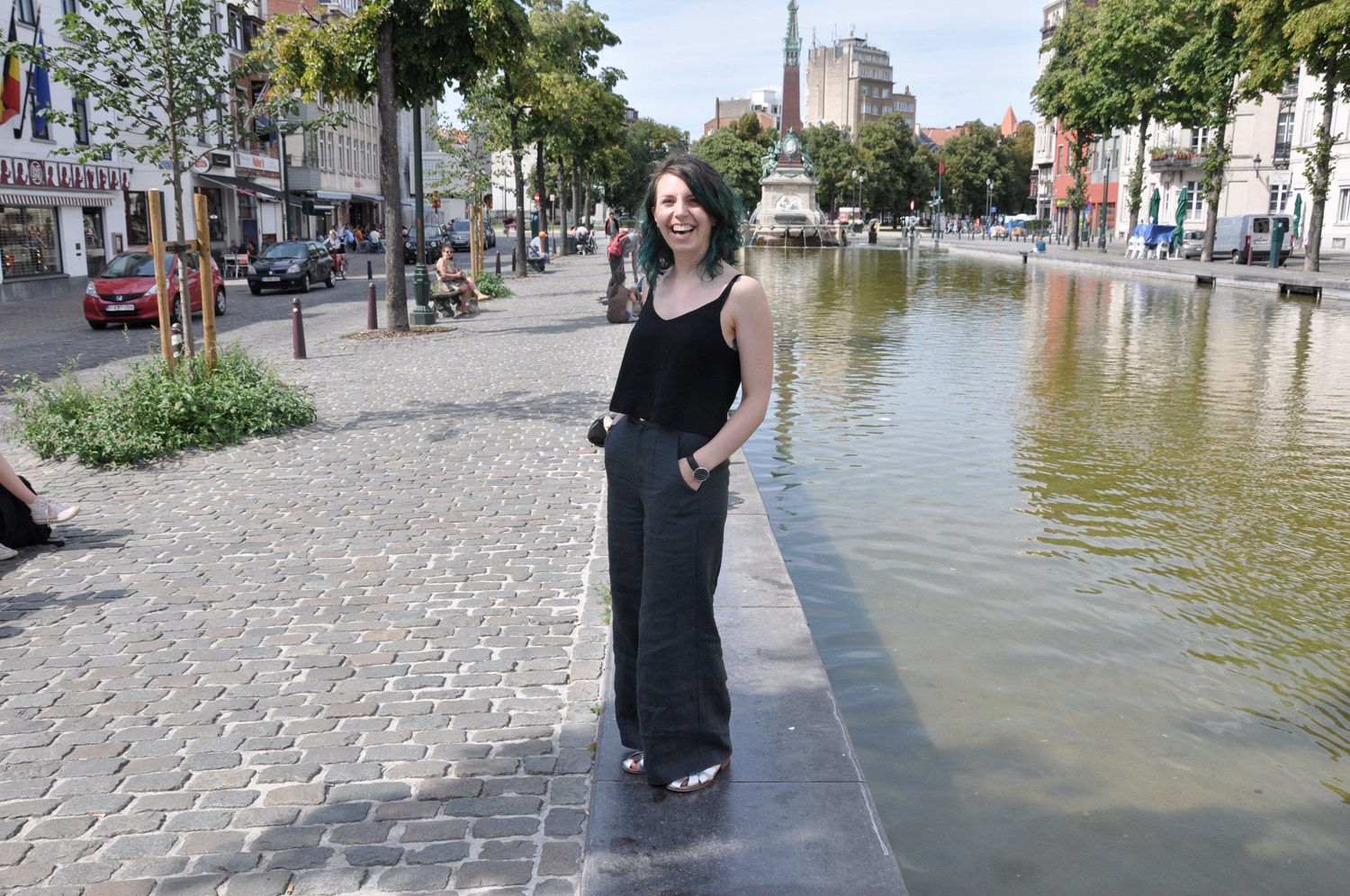 Well, not really. I had never made anything from this pattern company before and PANTS so I made a muslin first. My measurements put me pretty much straight into a size small and the fit was pretty spot on straight out of the package. I took a few extra cm out of the back to make it a bit more fitted, especially because I was making this in linen, which has a tendency to relax a lot with wear (which has happened. I would have taken it in more but it's very comfy now, so yay?). I also had what Eleonore called 'poofy crotch' which was sort of solved by lengthening the front darts a bit. 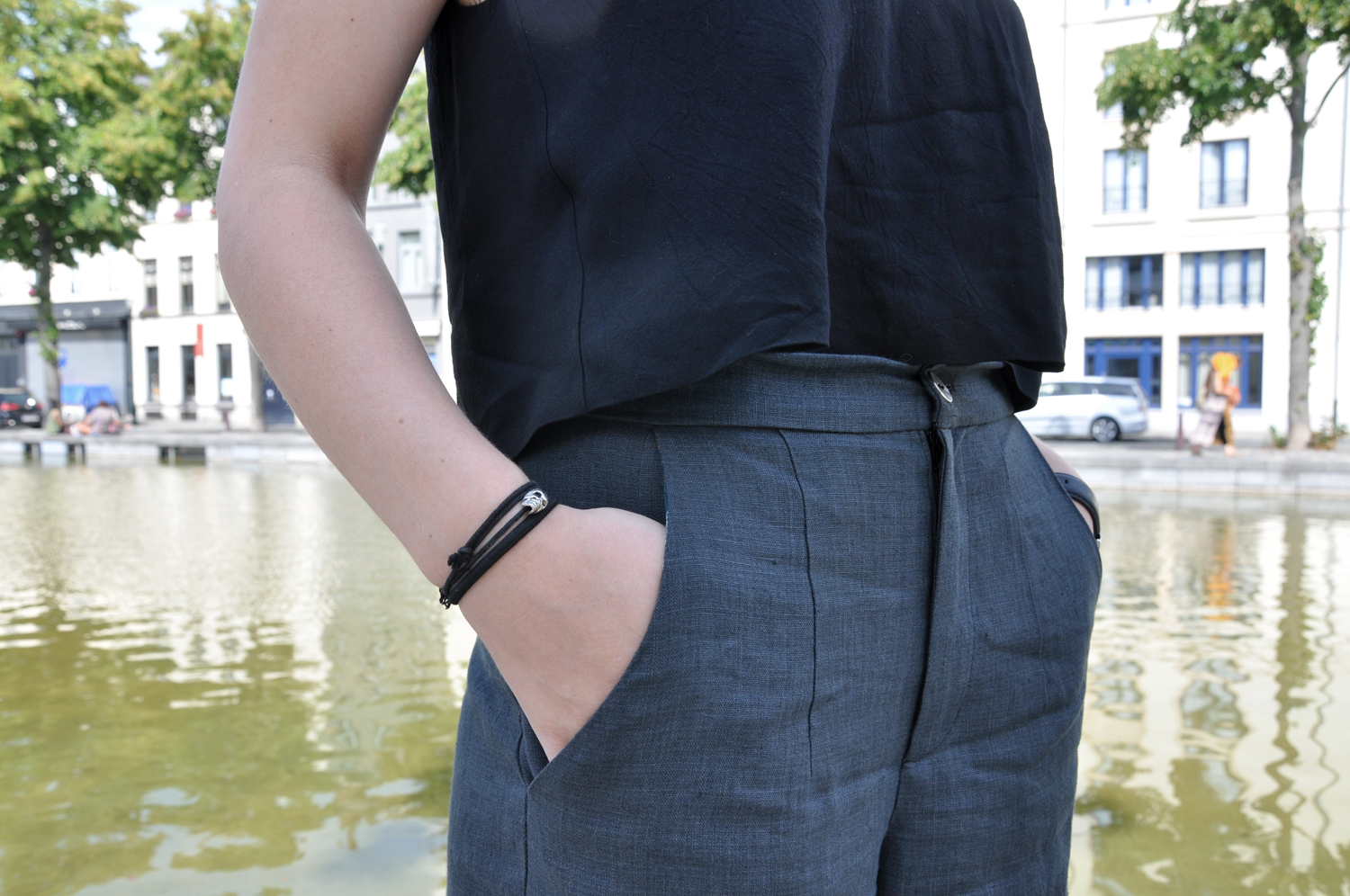 I have no pictures of the back of this because my photographer (Hélène) couldn't stop laughing when I told her to take pictures of my butt. Ah well! The instructions were very clear, although the fly front had me scratching my head for a bit. I just followed all the steps exactly and it turned out fine (and very nicely finished) but I feel like it might have been unnecessarily fiddly. The instructions also have you add a few bar tacks on the pockets after installing them, which I skipped because I wanted clean lines so I laugh in the face of bar tacks and topstitching, but I ended up adding them anyway because my pocket lining kept peeking out. Woops.

Can we talk about the fabric? This is some really nice Merchant & Mills linen in a colour that's not black or grey or green, more like something in between. It's very smooth and soft and I was worried it would be too light and transparent for pants, but it worked out fine. I might add some belt loops to these to deal with the relaxing waistband, but these might just become a wardrobe staple! 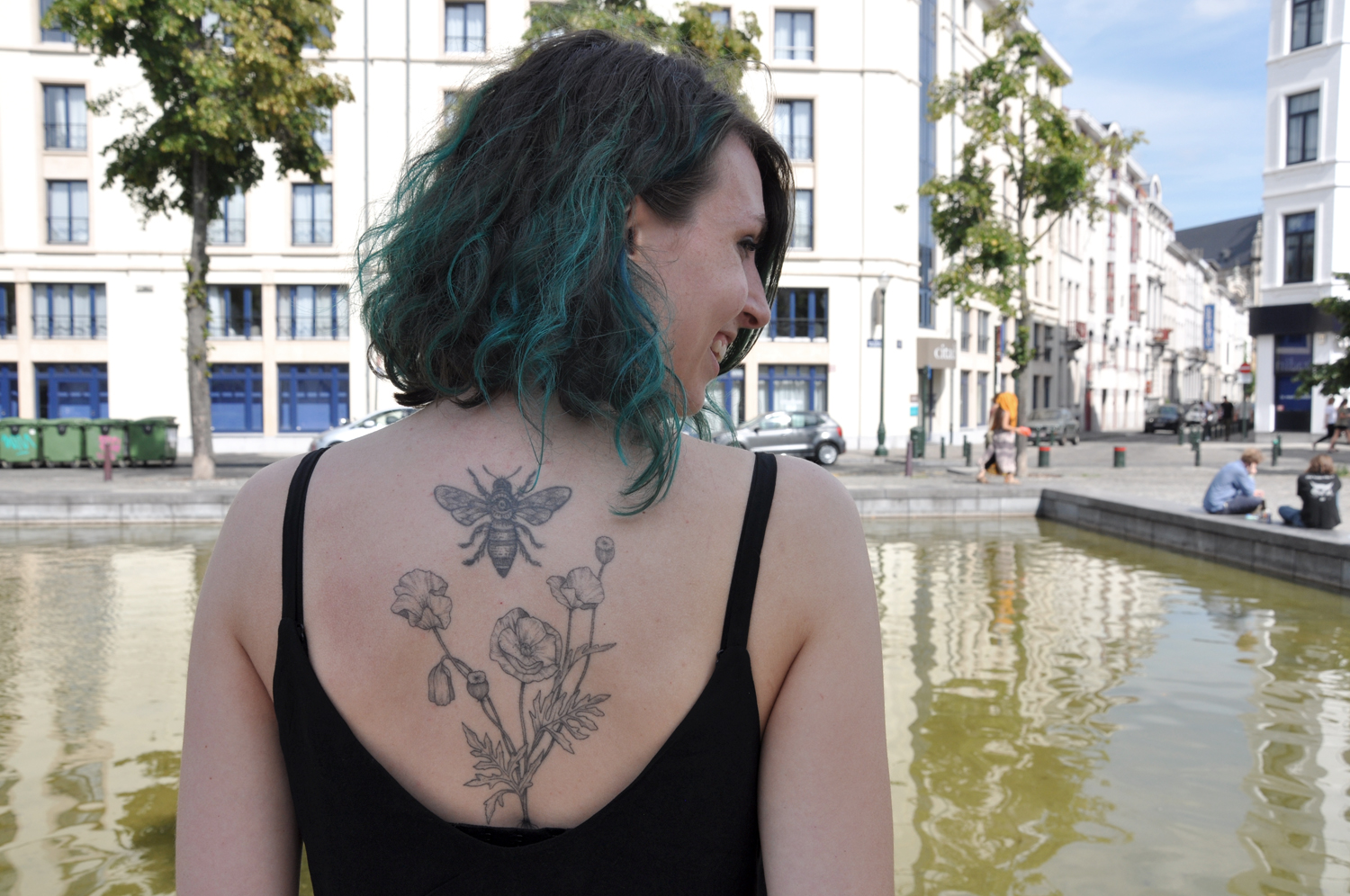 Oh, and did you notice the top? It's a (cropped) Ogden cami made out of some black viscose I had around (technically it was a dress that rarely got worn so I took it apart to salvage the fabric). It's a very nice shape: loose and flowy, but the low back and front neckline make it be not-frumpy. I cut this out one evening, sewed it up the next morning and promptly made two more. This one is a straight size 8 (based on my bust measurement) and I did everything according to the instructions, apart from pinking the bottom of the partial lining instead of hemming it (I was afraid a hem would show through on the outside in this super drapey fabric) and hemming it by hand (no visible stitches on the outside!). It's a nice pattern that's really quick to sew and would make an excellent gift for others, since the fit is so forgiving.

Me and Hélène were taking these pictures while waiting for Laure to show up, and when she came by in the middle of our little shoot she thought it was hilarious and started to document the entire thing. So here's a rare behind-the-scenes look at blogging: 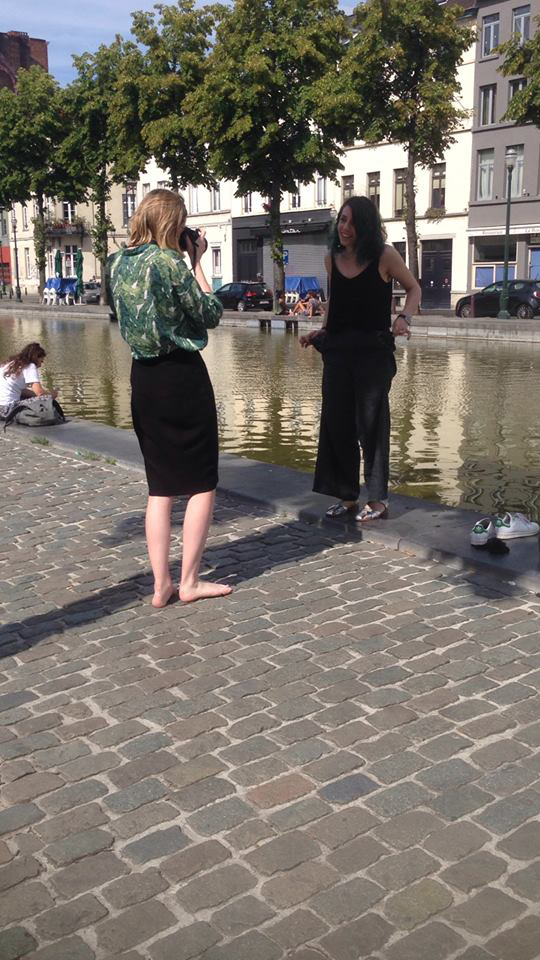 We had ice cream afterwards, so I forgave her.

Oh, and that title? I was making these and realised one of the main reasons I stopped wearing pants with wide legs: there have been at least ten occasions where one of my feet got caught in the other pant leg and I'd fall over. I'll never be a graceful swan.
Gepost door Anneke op 14:50