You just watch me jump in my stretchy pants.

I have made a proper pair of jeans!

There have been some forays into sewing pants or sewing with denim in the past, but I had never made a simple, basic pair of jeans before, mostly because I rarely wanted to wear one. However, my single pair of black skinny jeans (an impulse buy from a few years ago when I thought I needed maybe one pair of pants that wasn't paint-splattered) was getting a lot more wear recently, even though it's getting a bit too large. So I decided to give the Ginger jeans a try!

According to the chart I am between a size 8 and 10, and decided to go for the size 8 since the denim I was using is pretty stretchy and doesn't have the greatest recovery. (I used it before to make these dungarees). This was intended as a wearable muslin so I didn't make any alterations. They fit pretty well straight out of the envelope, but I'm not sure if I want to be super nitpicky about the fit on a thing like jeans. 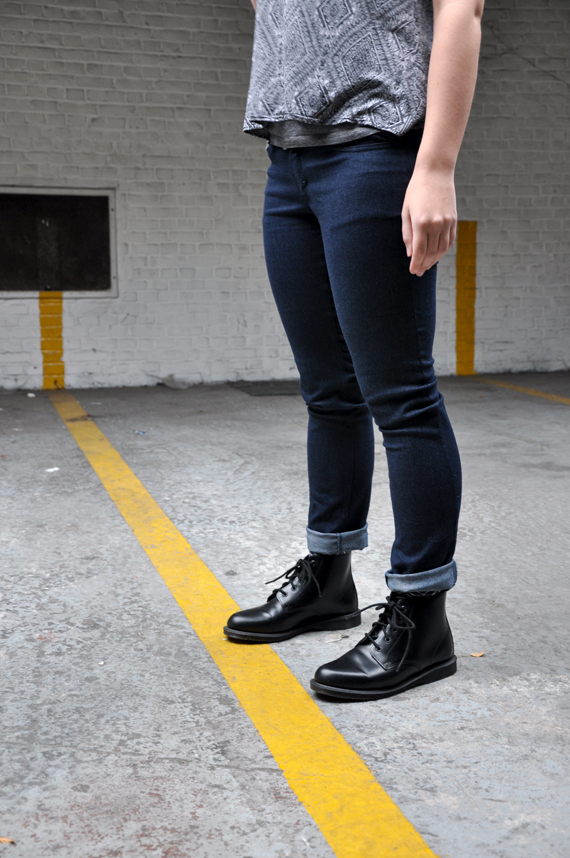 Sewing this was quite straightforward, and the instructions were very clear. I decided to go for view A, a low-rise jean with a stovepipe leg. I like my skirts and dresses to hit me at the natural waist but I don't really like how it looks on pants (especially with a contrasting top). 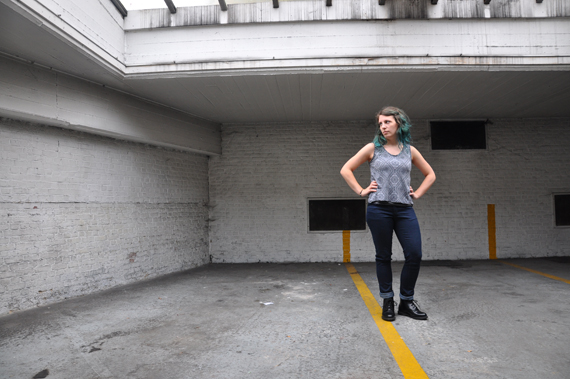 Making these without making a proper muslin first was a bit of a gamble since you can't really try them on until pretty late into the process. There aren't any huge fit issues though, so I could breathe a sigh of relief there. The rise is maybe a bit lower than I expected, but the waist fits snugly which rarely happens with storebought jeans. 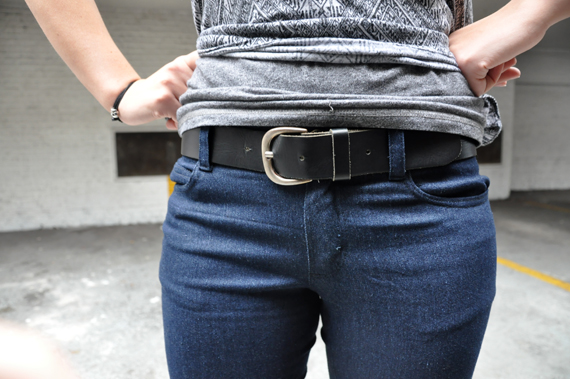 I did mess up somewhere along the way, and it was while installing the front fly. I don't really understand how I can install a fly front zip perfectly fine using only Burda instructions and black magic, but manage to do so many things wrong when I have clear instructions and a great tutorial at my disposal. I screwed up the topstitching and had to unpick and start over (the fact that I was using a triple stitch instead of changing my regular thread to topstitching thread every five minutes made this unpicking even more fun) so the fabric looks a bit... chewed up in places. I also feel like the interfacing I used was a bit too lightweight for the tight fit of these jeans, and there's some pulling. I checked my storebought pair (which is a similar fit and made from similar fabric) and it feels like there's some kind of tape along the edge of the fly to keep things stabilized. I decided to not let it bother me enough to not wear these, especially since the majority of tops I'd wear with this hide the issues anyway.

I also had to shorten the zipper by a considerable amount (the pattern tells you to get a 13 cm zipper and even a 12 cm one was way too long, I think the final zip is more like 10 cm) and of course managed to pull the slider off after assembling everything and attaching the waistband, so I had to do even more zipper surgery to avoid taking EVERYTHING apart or something. It worked.

This was not at all related to the above picture but I'm not going to keep posting close-up pictures of my crotch. Here's one of my butt instead: 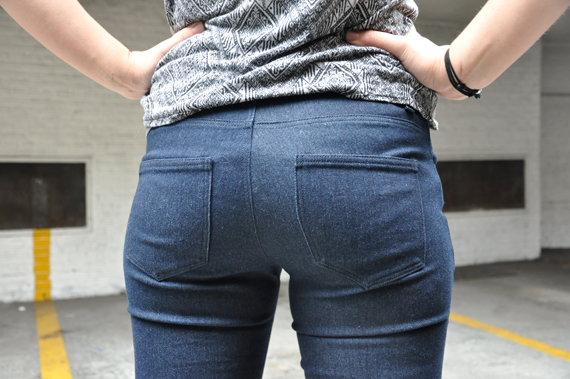 I'm pretty pleased with the topstitching on this. The triple stitch stands out nicely and since it's slower than a normal straight stitch it almost forced me to be more accurate. I stuck with the pattern markings for the back pocket placement, mostly because the idea of pinning these onto my butt and stitching them on accurately after the whole thing was assembled gave me a headache.

So yeah, I might be getting back into wearing pants. I have some stretch jeans with a faux-leather coating around that might look snazzy. But for now I'm going to leave you with this: 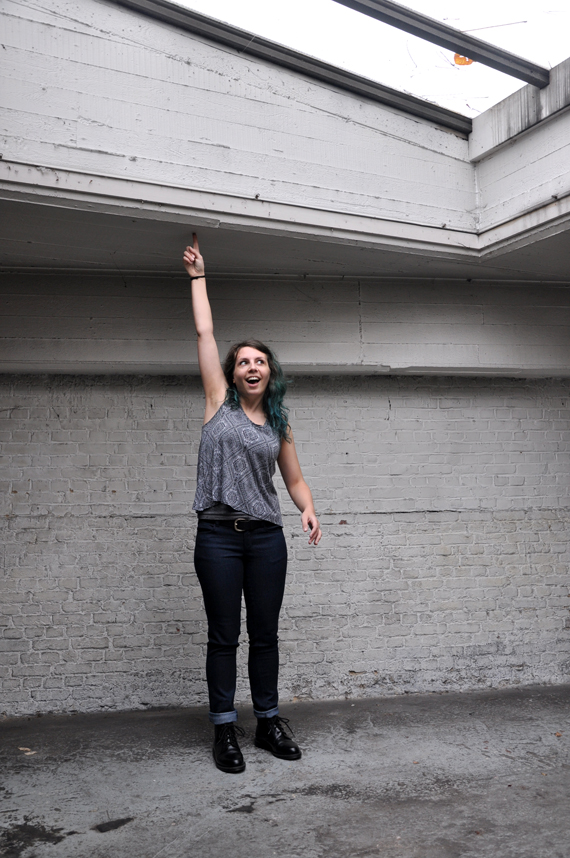