(Just a heads up: there's an image at the end of this post that might be considered sliiiightly nsfw. But hey, you shouldn't be reading blogs at work anyway. Unless that's your job of course. Lucky bastard)

I went back to Berlin! And I packed a pair of dungarees that I barely took off since finishing them. Take a look: 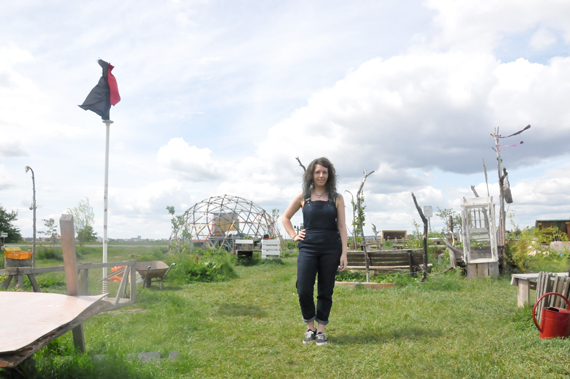 That doesn't say too much, I know but we'll get there!

I had bought this stretch jeans from the Sew it Up shop a while before (no link since they sadly closed up) and figured I'd give another pair of dungarees a try, with a different pattern this time. I made the Turia dungarees before and was happy with the fit in general, but thought It needed a lot of tweaking the actual construction before it looked like a 'real' pair of dungarees... So when this pattern popped up in a recent issue of Knipmode I did a little dance. 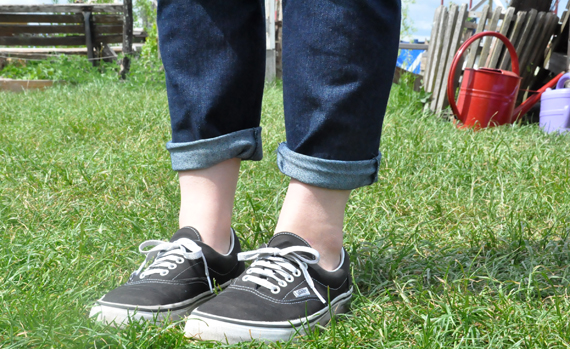 Now, I don't know about your experiences with these patterns, but they tend to run HUGE on me. I haven't made too many of them since they aren't really my style most of the time, but the previous pattern (a maxi dress) was so large that I ended up chopping the top off to make it a skirt. This pattern was designed for stretch jeans, and when I compared the size I was supposed to cut according to the sizing chart with a pair of stretch jeans I own and like the pattern was almost 10 cm larger all around. There would have been a clown pants situation if I'd just cut the size I needed according to the size chart! 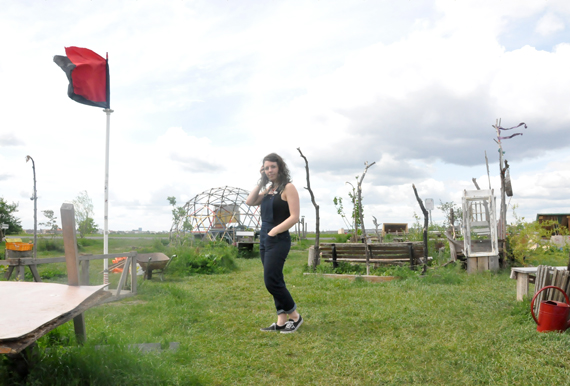 In the end I'm pretty happy with the fit (no muslin, yolo). The closures at the hips have a bit of strain and gape going on, partly because I changed the slanted side pockets to more jeans-style curved pockets and could only use two buttons instead of three. This pattern has loads of topstitching and jeans-y details, like a fake fly I finally understood the instructions for right after doing it wrong. Ah well! 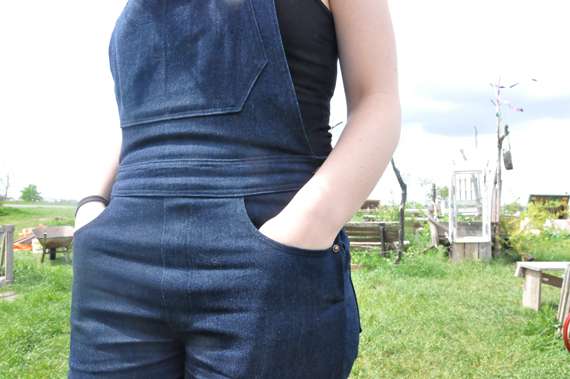 I topstitched with regular thread since, again, sort of wearable muslin, but I'll go through the pain of changing thread all the time next time, promise! The finish on these is pretty clean inside, especially on the top. The front and back bibs are completely lined and there are no raw seams to be seen, unless you take your pants off completely.

I added some rivets because I love hammering away at things, but the jeans buttons really gave me a headache this time. I use these Prym kits that include a little tool to install the buttons and never had a problem before but they seem to have changed the thingy to something way too floppy, so the buttons wouldn't stay in place properly and got crooked and misaligned. I messed up a few times, went looking for the old thingy from a previous kit and bam, problem solved. Better hang on to that.

Now, I wasn't in Berlin just for a vacation! I had an appointment with a German tattoo artist in Amsterdam, but when she had to cancel the trip (and our appointment) I realised that a cheap ticket to Berlin costs about the same as a train ticket to Amsterdam, so I took the trip. And after two and a half hours of pretty intense discomfort (but still not as bad as I expected) Laura Yahna sent me back home with this (look away mom): 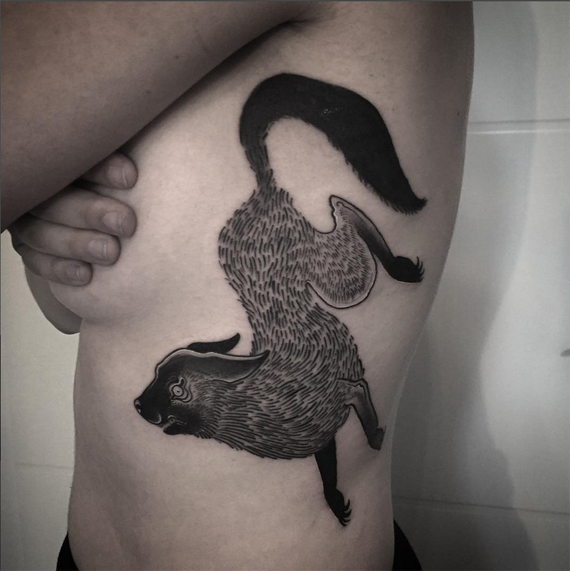 It's almost fully healed by now and I LOVE it so much. It looks like it breathes when I take deep breaths!

Anyway, we had two days before my appointment (and one day after but I felt like I had been punched in the ribs by then so couldn't do too much crazy stuff) and we spent most of that time hanging around with our host Miro and other friends. It was a really nice trip, and I already want to go back again!

For those of you who are wondering about the title of this post: my friend Karen gave me the most amazing buttons for my birthday, and these have been on these dungarees since I finished them, but I took them off since I wasn't sure about what security would think about all the pins and didn't want to risk anything! For Dutch-speaking people who still have no idea what this means, look here. 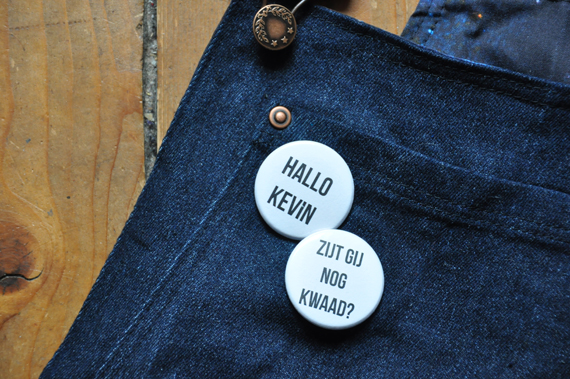