If you make deals with crossroads demons they will photobomb you

A question: what do you do with two yards of drapey black viscose that has been in your stash since forever and an interestingly-shaped appliqué? Why, make a potato sack dress with huge sleeves and a collar of course! This pattern is mostly self-drafted but I refuse to pat myself on the back for it because it's basically two rectangles with quarter circles at the shoulders. Hah! 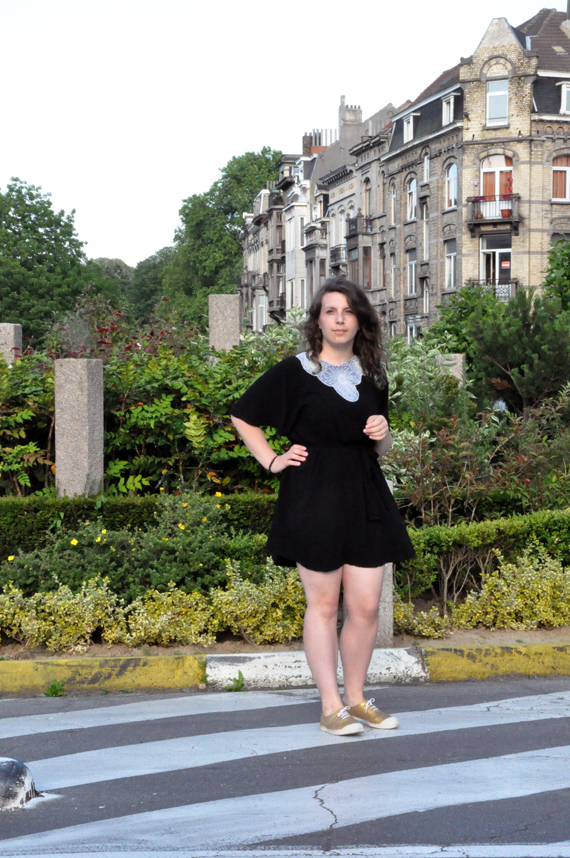 Sewing this was pretty straightforward. I sewed the shouder seams, Finished the sleeves wih self bias tape, sewed up the side seams, made a tie belt and hemmed. It's maybe not the most flattering thing ever (I drafted this by taking my bodice block, extending the side seams in a slight flare to the wanted length and adding the sleeves) but it's perfect for the kind of weather we were having: not ridiculously hot yet but warm enough to not want to wear too many layers! 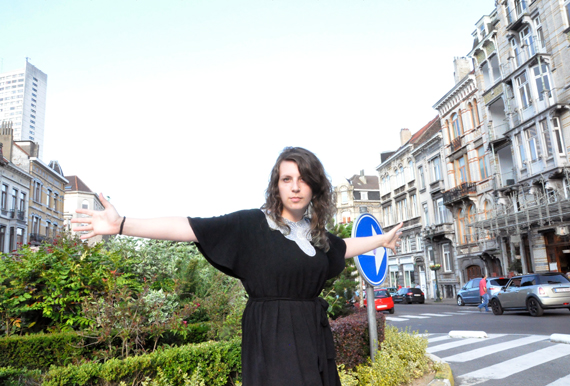 The sleeves are kind of awesome. Not exactly batwing sleeves, more like little skirts hanging off my shoulders. If you look along my stretched out arm you can see straight into the dress. It doesn't really matter though, since there's usually so much volume around you can't see anything. 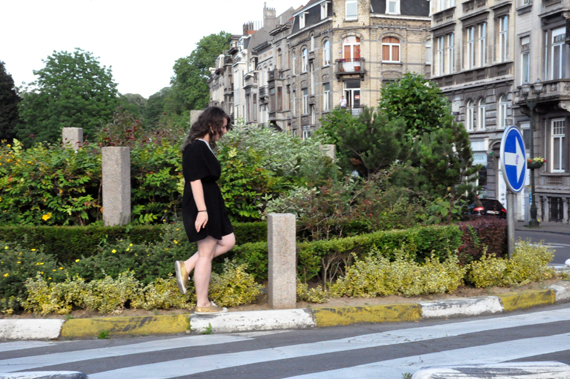 I just managed to squeeze this out of my two yards. It's a front and a back on the fold, and there really wasn't anything left but some scraps for self-bias! I wore this for a day in Brussels with my old classmates, and my boyfriend commented on how I looked 'sort of Amish'. He then proceeded to be amazed when almost everyone else who showed up was in black as well.

Speaking of other people, we were about to go to the restaurant we always go to on this day (the graduation show of the art school we went to) and while we were taking pictures Karen and Hélène suddenly showed up and announced they were going to photobomb me.

And so they did. 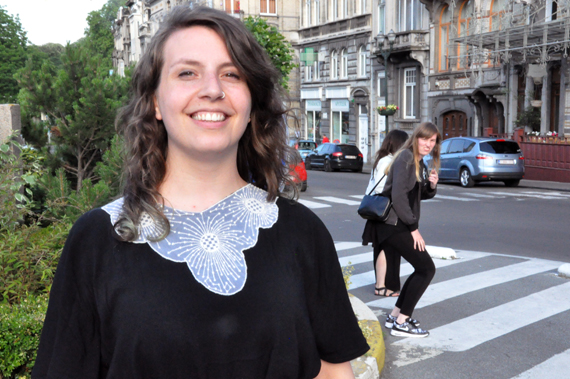 The most eyecatching feature of this dress is obviously the lace at the neckline. It's an appliqué I bought from this Etsy shop a while ago (there are tons more there!) and I wasn't sure what to use it on at first. This dress proved to be the perfect candidate because it would have been just black otherwise and I couldn't let that happen. 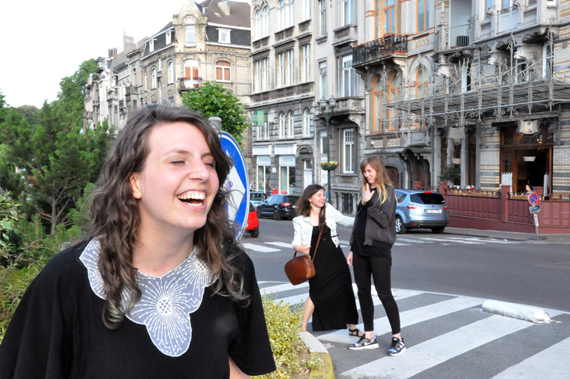 (I knew what they were doing but didn't see them, so I'm just cracking up with the idea of it here).

I had placed the applique around the neckline while I was drafting the pattern, and finished the back neckline (with bias tape) only, leaving the front raw. The initial plan was to sew it on and cut the fabric behind away, but I was worried about how stable it would be and how I probably wouldn't be able to wear it without a top underneath, so I left it like this. 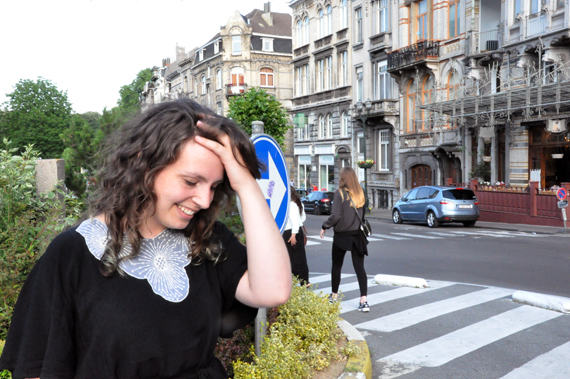 I positioned the piece after the whole dress was finished and used a lot of fine pins to ensure it waid flat. I then handsewed around it in matching thread. For the neckline, I basted the two layers together at first, then trimmed the neckline close to the lace and used a very small overcast stitch to finish it all and prevent fraying. So far it's holding up in the wash!

The verdict: comfortable, I can wear it to work, possibly Amish, works for summoning crossroads demons. I like it.
Gepost door Anneke op 01:18