If you follow me on instagram you've probably already seen these! My friend Laure organized  a drawing challenge along with a bunch of other illustrators, and this one was right up my alley! The challenge was to make seven folktale inspired illustrations, based on a list of prompts. I decided to base my drawings more on local folklore, and had a blast researching tales of witchcraft and ghosts! 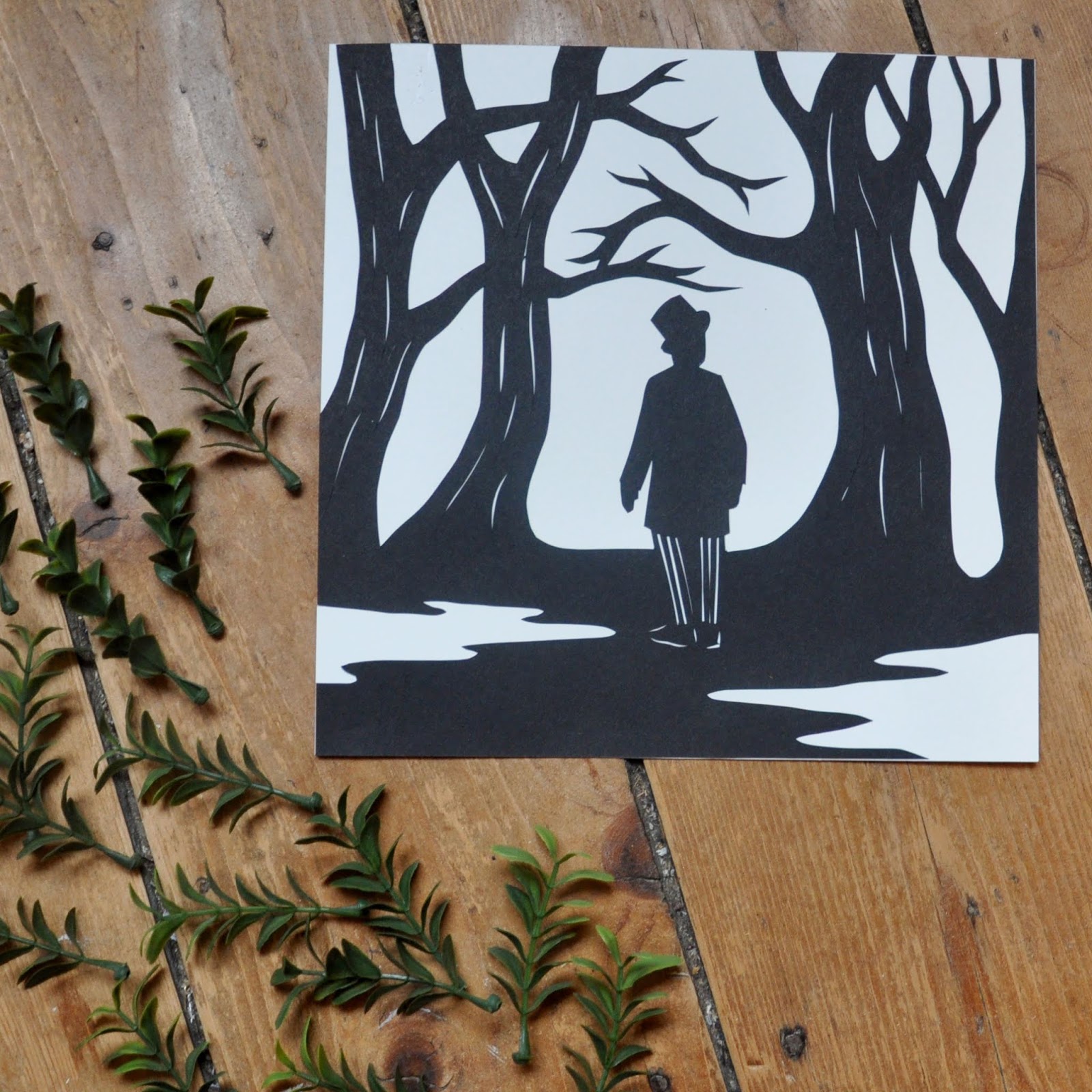 I decided to start the challenge with a pretty general subject. This is how most of these tales start: with a traveller walking home through the forest at night. Anything can happen! 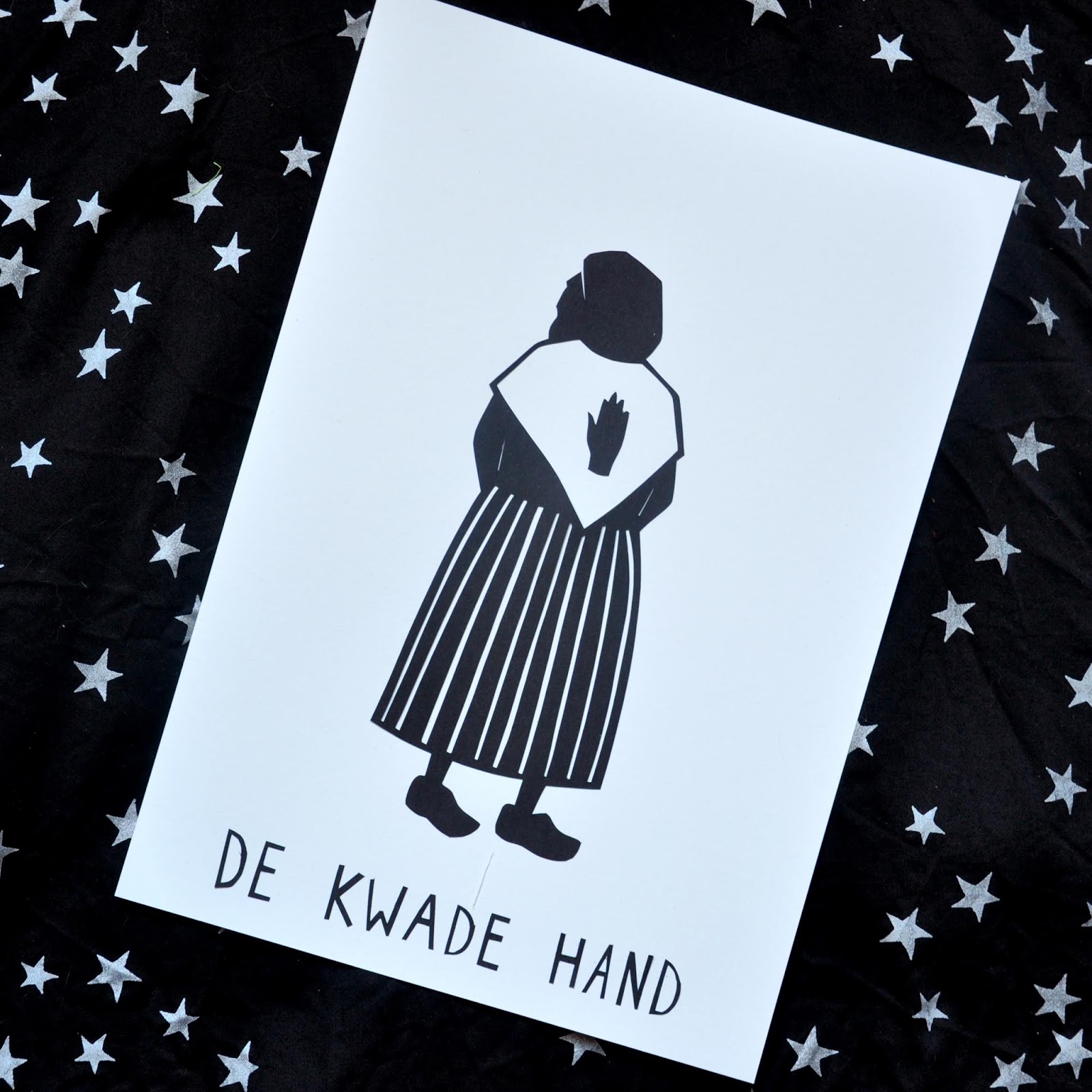 I looked into stories told by people who had been bewitched or knew about others who had been victims of witchcraft. Most of the effects seemed to be illness or other types of misfortune, but a few unlucky people got their feet turned backwards.

People would describe being touched by an 'Evil Hand' before suffering the effects of witchcraft. Or maybe they just got sick. 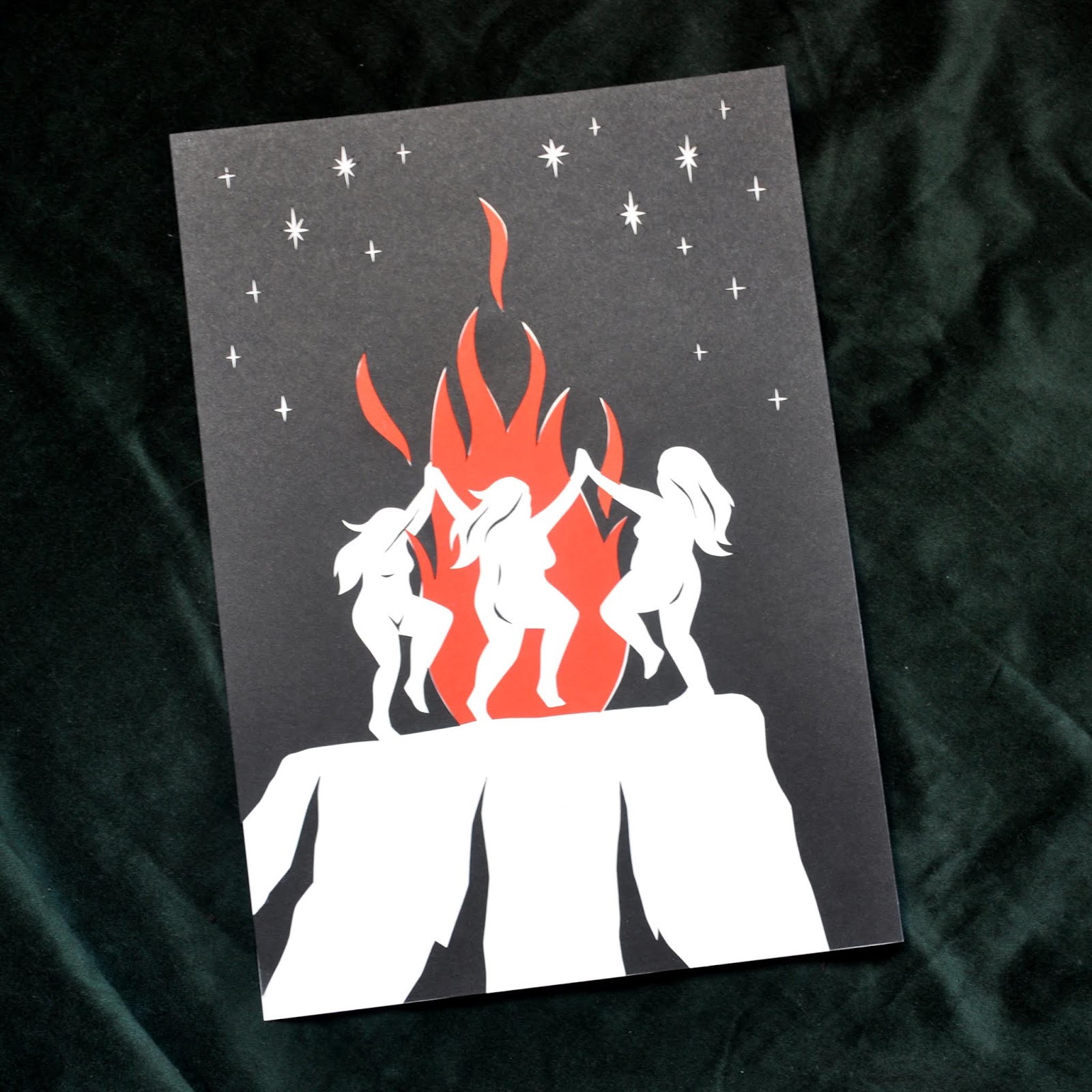 A lot of the stories about people seeing witches are from men walking around at night who then stumble upon a bunch of witches dancing naked somewhere. Sounds like one hell of a party. 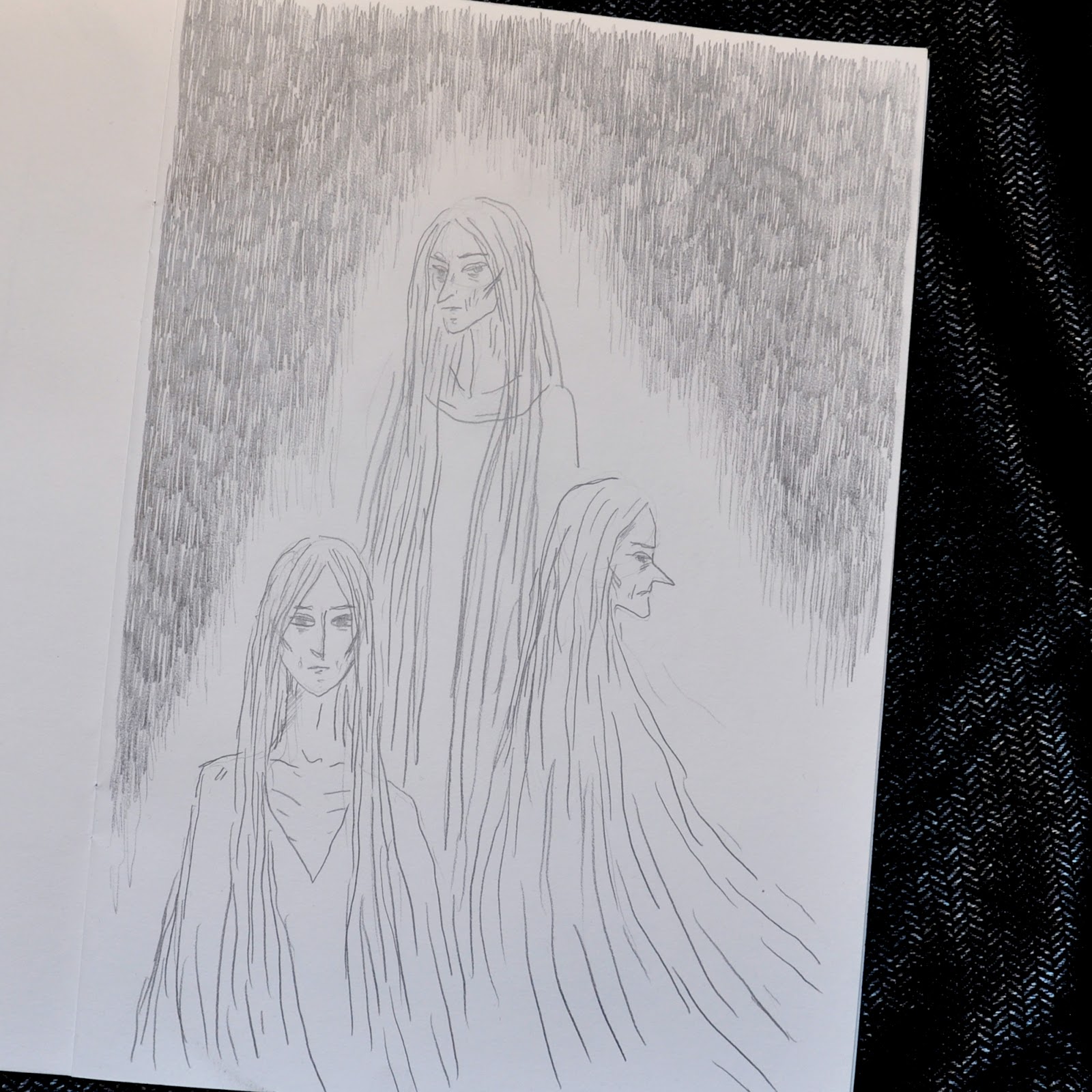 I started this drawing in my usual papercutting style but it looked too much like a shampoo commercial and I didn't have time to start over, so I worked on my sketch a little longer. These are Witte Wieven, the ghosts of witches or fairies who haunt burial places and lure people into swamps. They take the shape of women dressed in white or just plain wisps of fog. 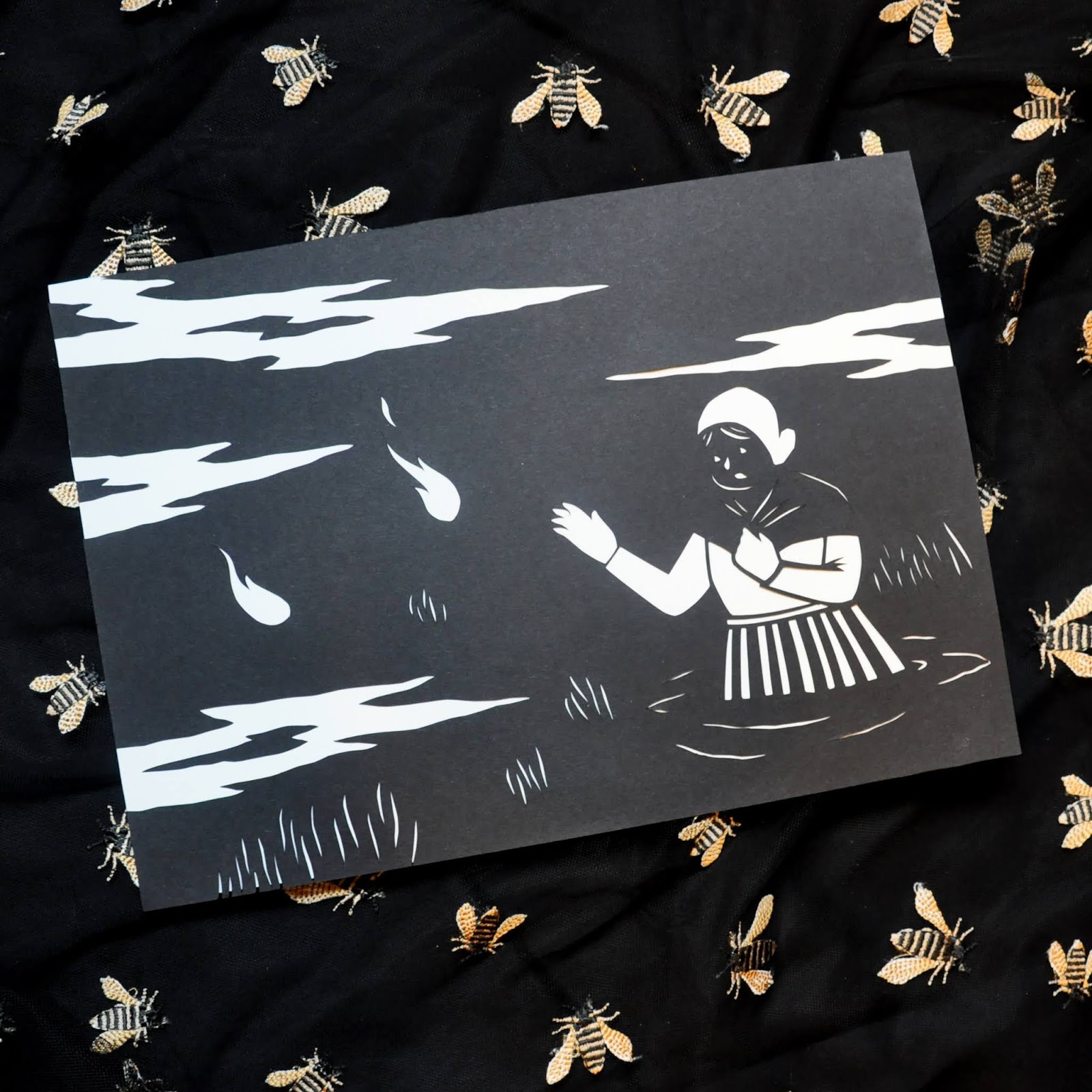 I don't know what the deal is with luring people into swamps, but a lot of creatures seem to enjoy it. This is a bit of a stretch theme-wise but one possible explanation for Dwaallichten (will-o'-the-wisps) are fireflies. So my drawing of a peasant woman sinking into a swamp is still sort of insect themed in a way.

(I just wanted to draw someone in a swamp, really) 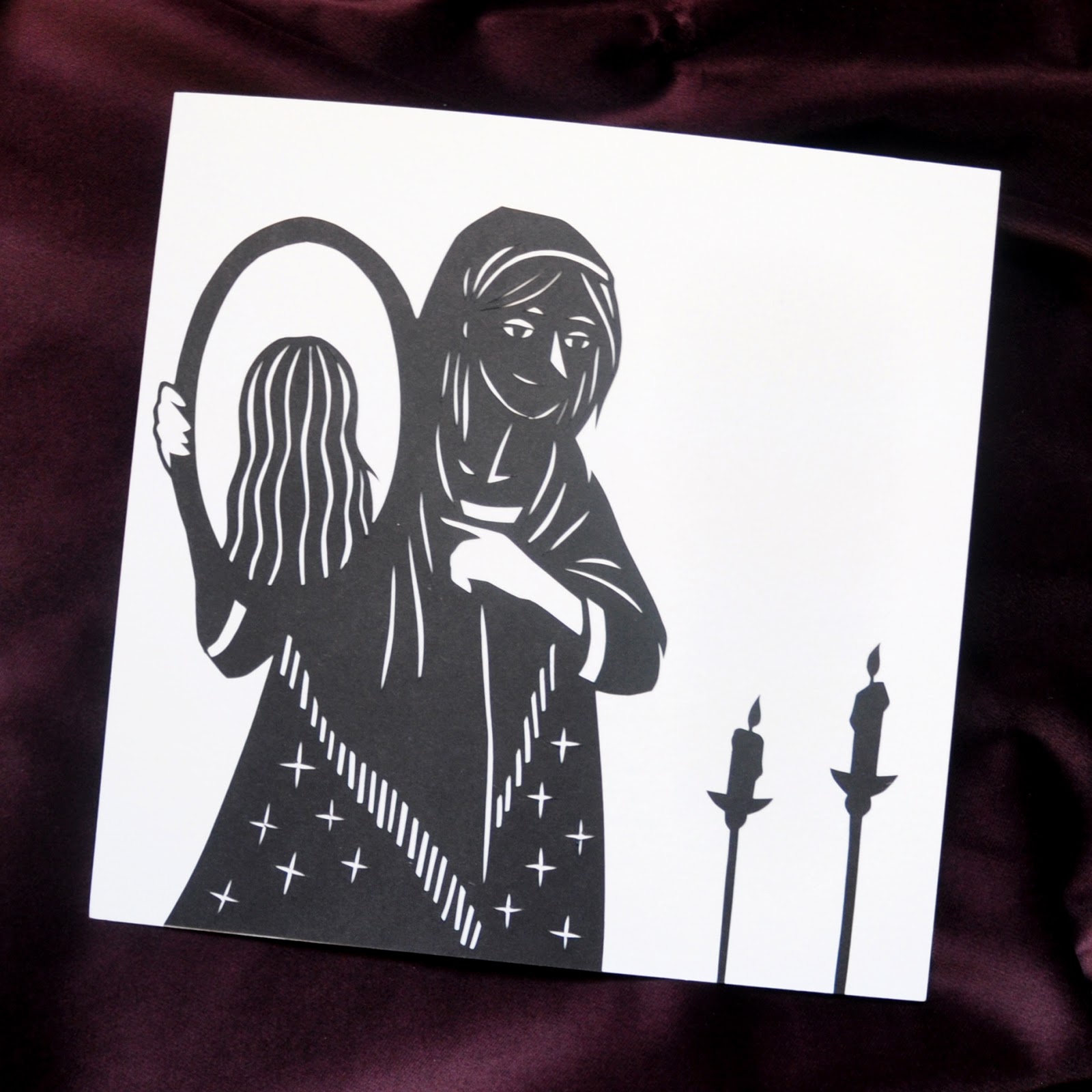 A huge part of being bewitched was finding out who bewitched you, and there are loads of stories about that. Someone got sick, and someone else told him or her to go see someone who 'knows things' and uses magic to show them the face of the bad witch in a mirror. Fixing witchcraft with more witchcraft! 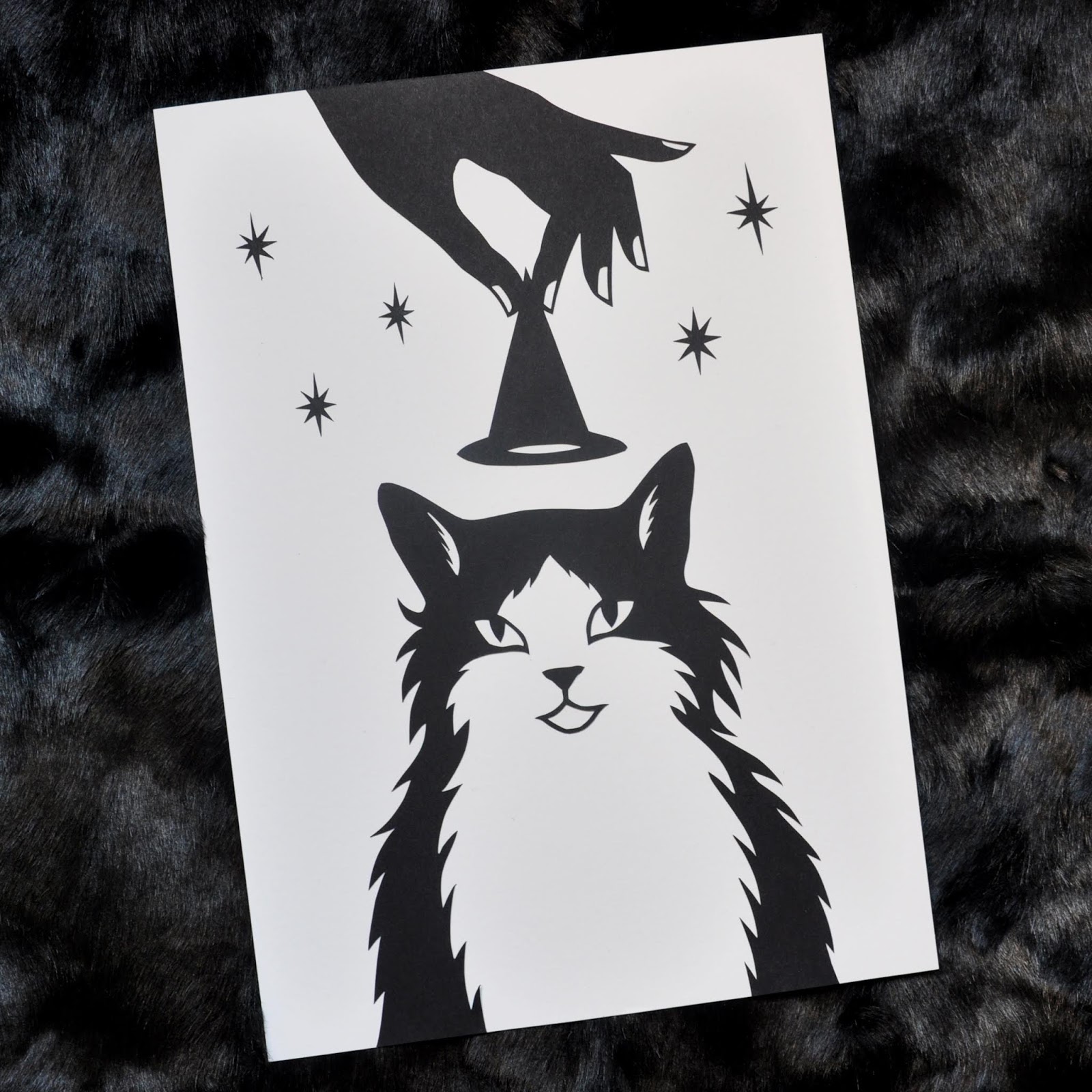 I had something else planned for the last prompt, but then had to say goodbye to Jakkepoes, so I decided to honor him in a way and draw him as a witches' familiar. He would rock that hat.

So these are my drawings! I'm happy with some of them and would be happy with some others after a bit more work. I had planned to prepare this challenge but other things got in the way and I ended up making every drawing the night before. I hope it comes around again next year, because this was nice!
Gepost door Anneke op 01:41