So, I don't know if you noticed, but more and more women's patterns are appearing on freesewing.org! I didn't have anything to do with any of them (apart from the Carlita coat of course) but I was keen to try the Sandy skirt because circle skirts are pretty high on my list of things I like to wear! 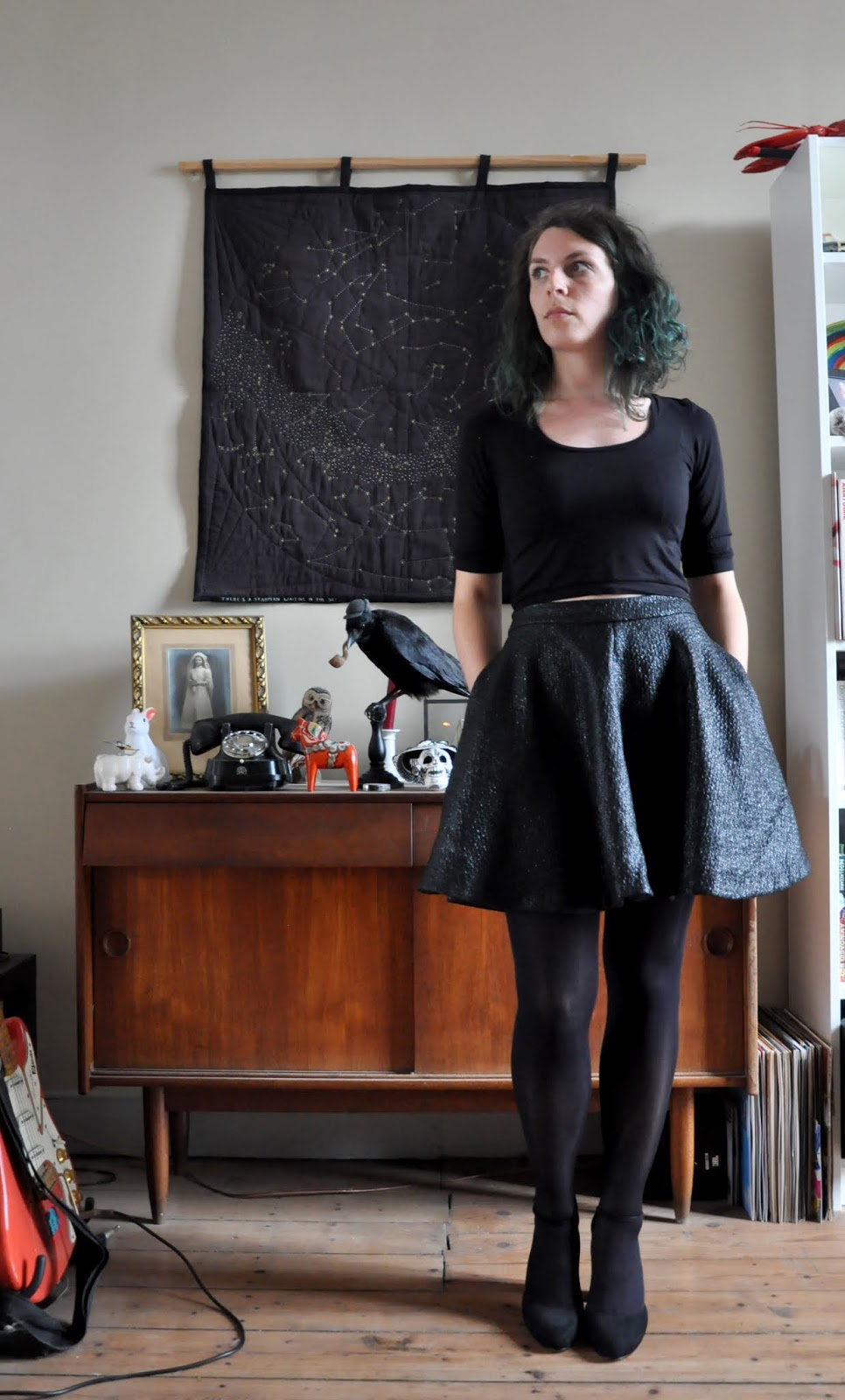 I have drafted a full circle skirt for myself so I set the circle percentage to 75%, making this slightly less dramatic. My own pattern has a straight waistband which works reasonably well because it sits on the natural waist, but I had been thinking about drafting a curved waistband instead. Now I can just be lazy! 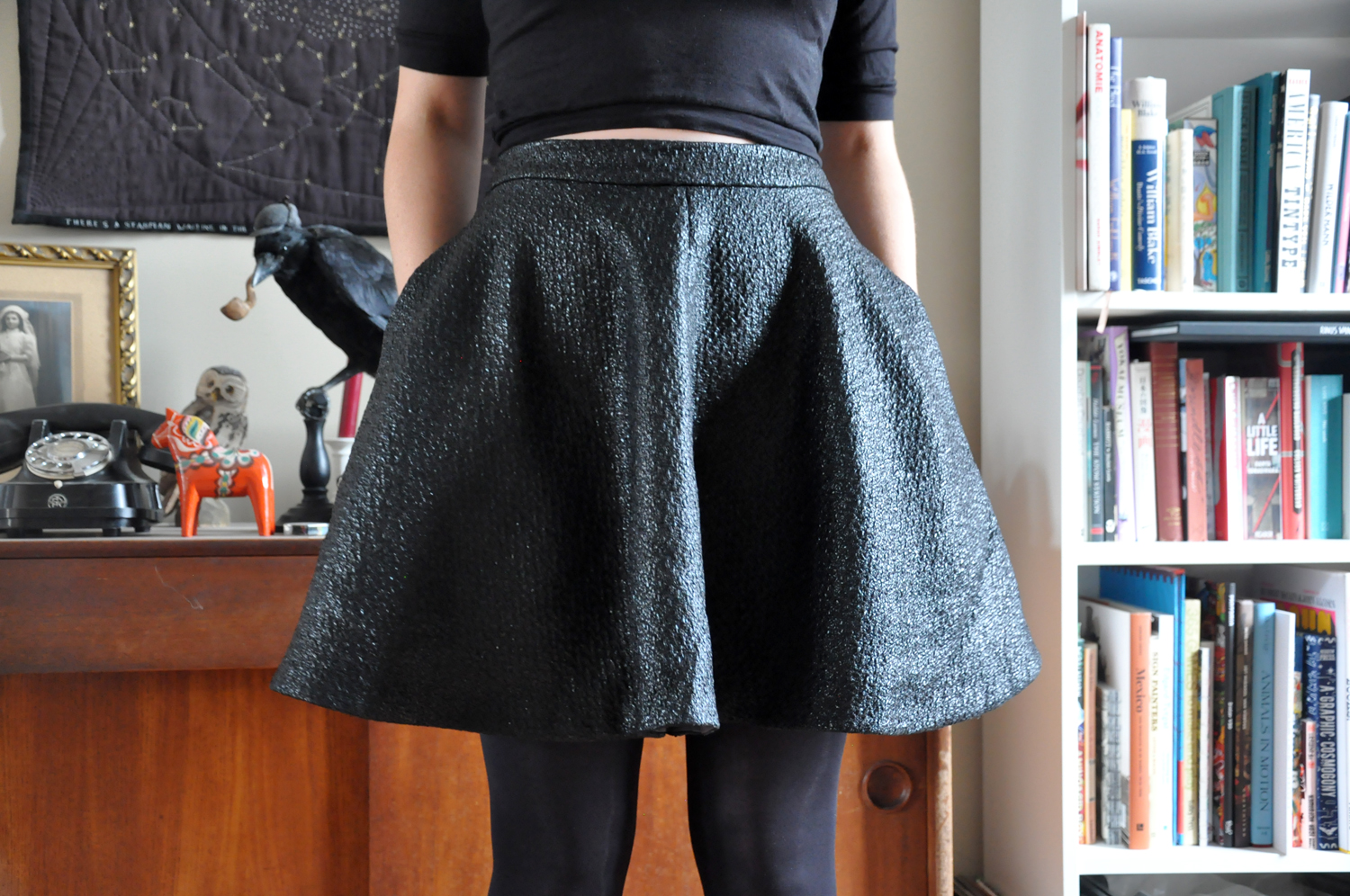 I did make some extra modifications, the biggest one adding side seams so I could have pockets! I had set the waistband position at 50% because I thought trying something that doesn't sit at my natural waist could make for a nice change (and it would be a good way to test the effectiveness of the curved waistband), but I quickly gave up on that. It might just be in my head but I feel like skirts that sit lower on my hips make it look like I have this really long body and no legs. I couldn't just take in the back seam because that would move the pockets back too much, so I had to add a center front seam. 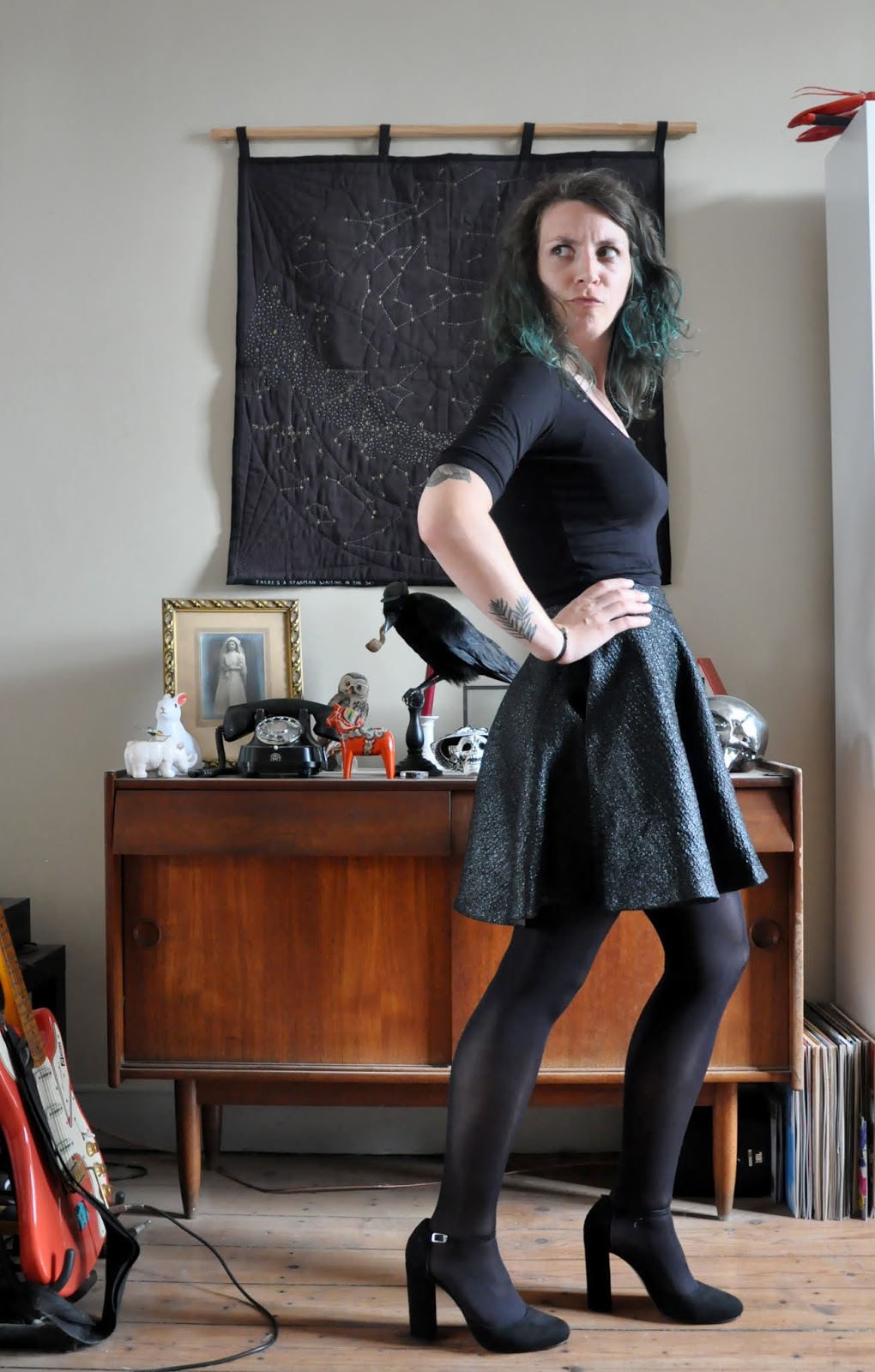 I had a cotton canvas with a tropical leaf print in mind for this, but even my pattern tetris skills were no match for the (small) amount of fabric I had. All in all that turned out to be a good thing, because the extra front seam would have been very jarring in that print! Instead I used a sort of coated bouclé I'd had in my stash for a while, making it more of a winter skirt (hence the tights, which came off as soon as the last picture was taken). The texture reminds me both of dragon skin and garbage bags. Both are fine. 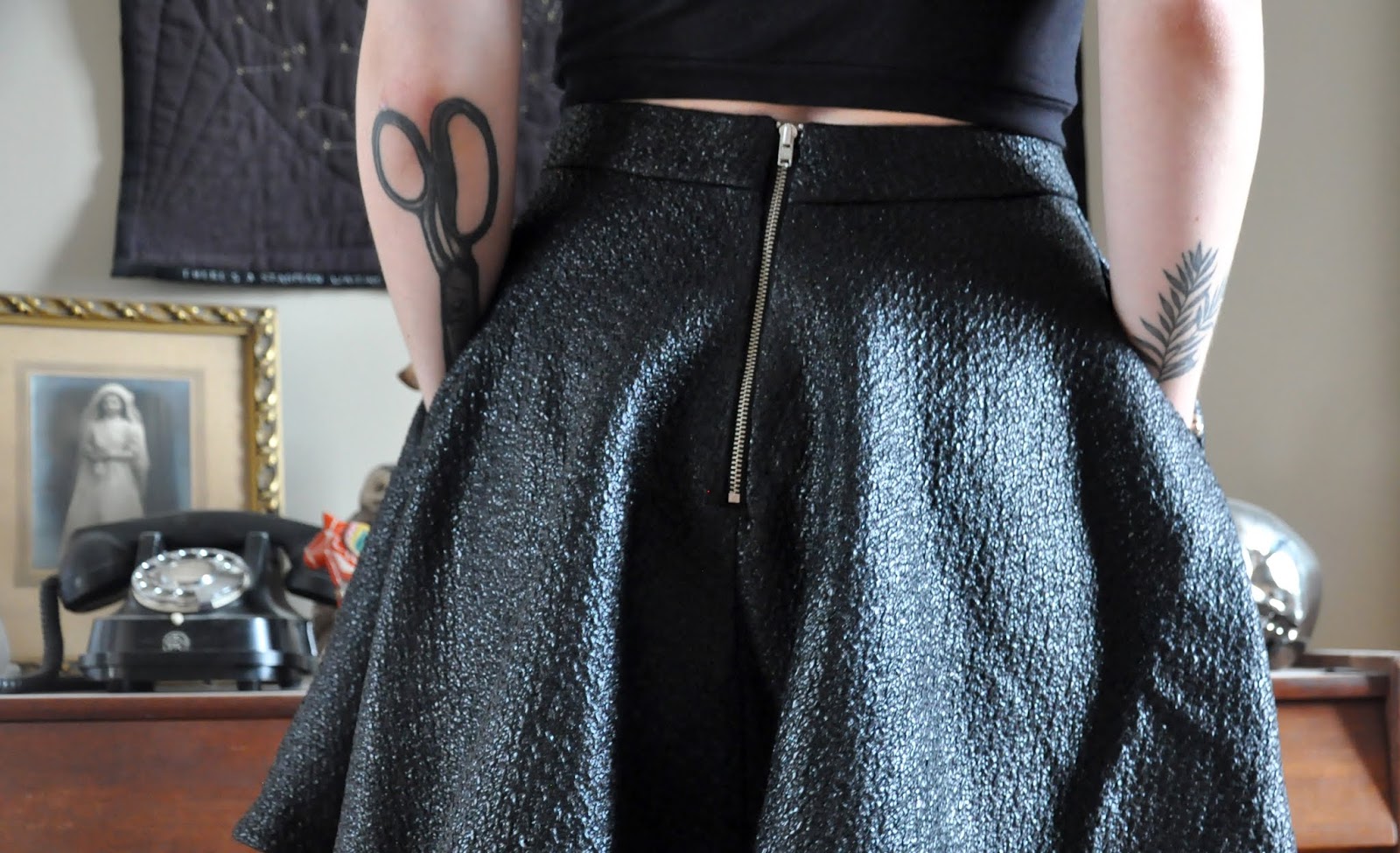 I inserted a good old exposed zipper in the back because that's what I had around and exposed zips look cool. I'll definitely use this waistband again, since it fits really well! It's basically a reminder that I should have stopped being lazy and drafted a curved waistband ages ago.

Yay for all these new patterns! I'm curious to see what else is coming up in terms of women's stuff (or men's clothes I can wear as well, because it's not like women are very well represented in the sewing world or anything).
Gepost door Anneke op 23:53