Only Bring Essentials And Then Everything Else

Handbags aren't really my thing. I tend to carry a lot of stuff around so I usually have a backpack or tote bag on me, and sewing my own isn't really something I'm interested in! However, I felt like I could use something bigger than a backpack for short trips, and decided to give the Portside Duffel bag a try! 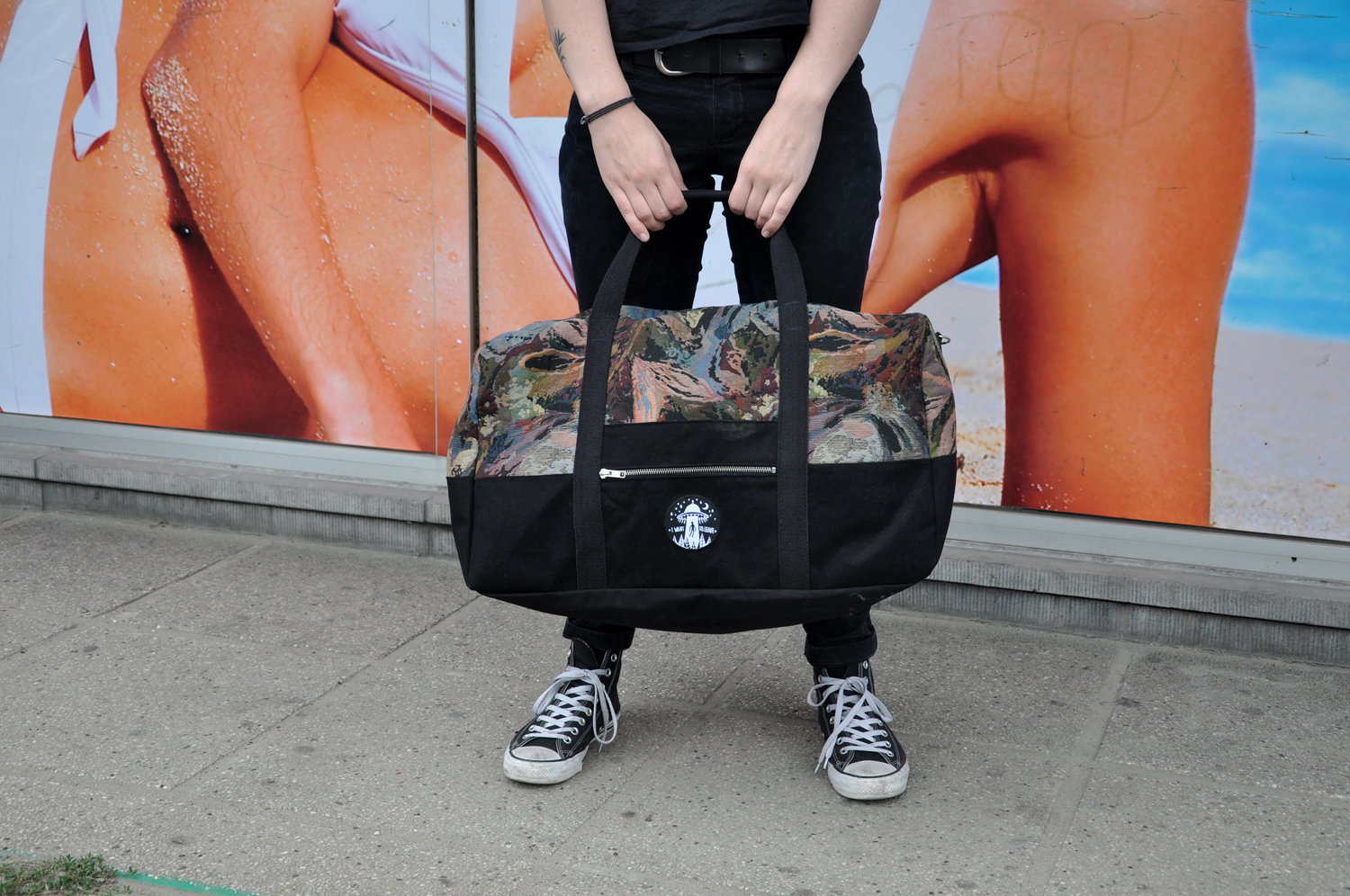 I had all the fabrics in my stash already, and only had to source the hardware. The black fabric is a basic black cotton twill reinforced with some heavy interfacing, and I used some heavy upholstery-type stuff I once found in a second hand shop for the contrast. It kind of looks like a grandma's couch, so... I guess that means I'm into making things that look like sofas now? 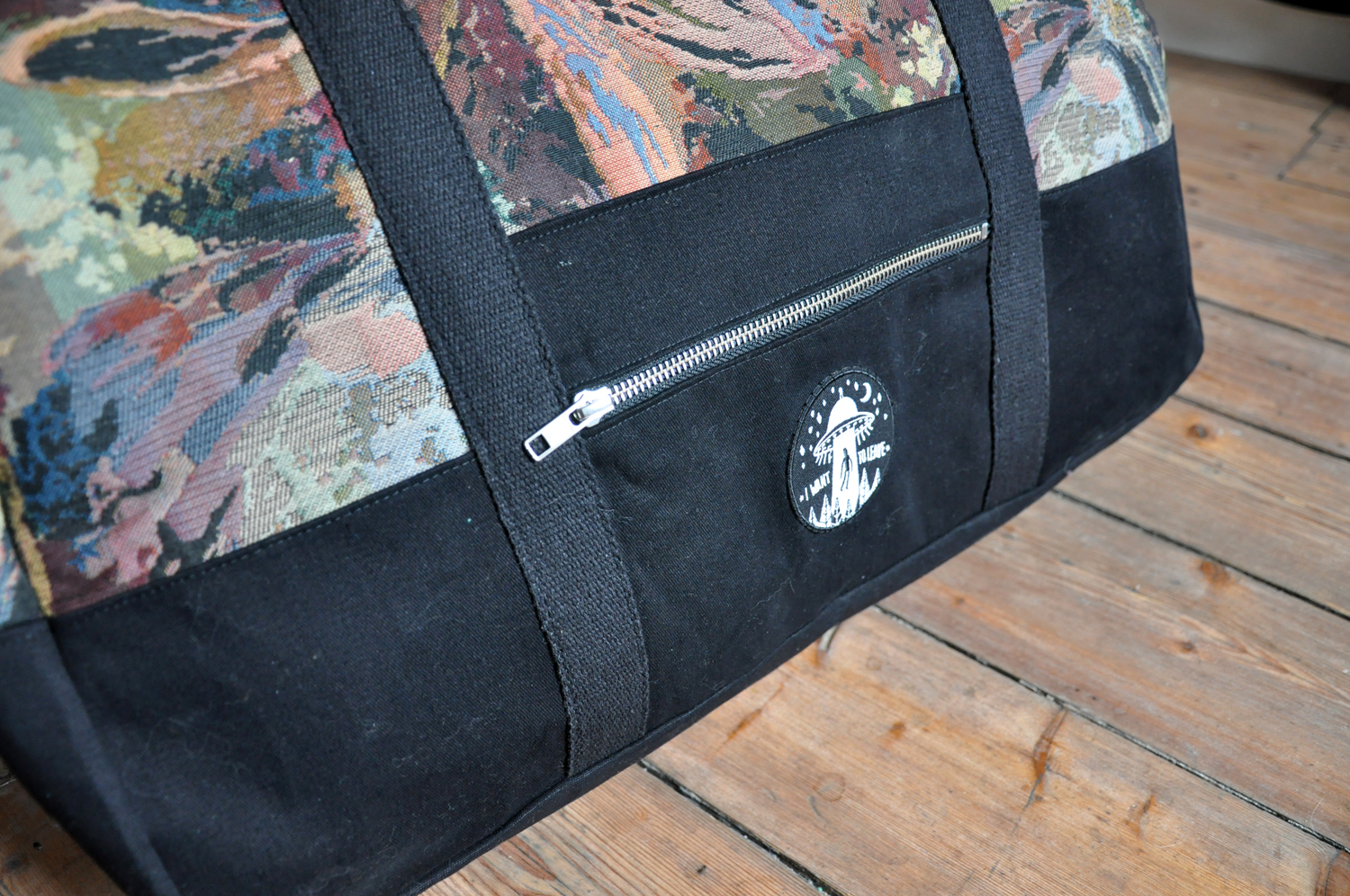 I didn't really change anything about the pattern, apart from adding zippers to the side pockets. I thought these would be more useful if I could close them and it turned out to be an easy change: I cut the pocket piece in two parts where I wanted the zipper to be and added some seam allowance. The zippers were sewn into the pockets, the top seam allowance was folded over and topstitched in place onto the bag and the rest of the pocket basted in place. I also added a little patch because it was perfect for this! 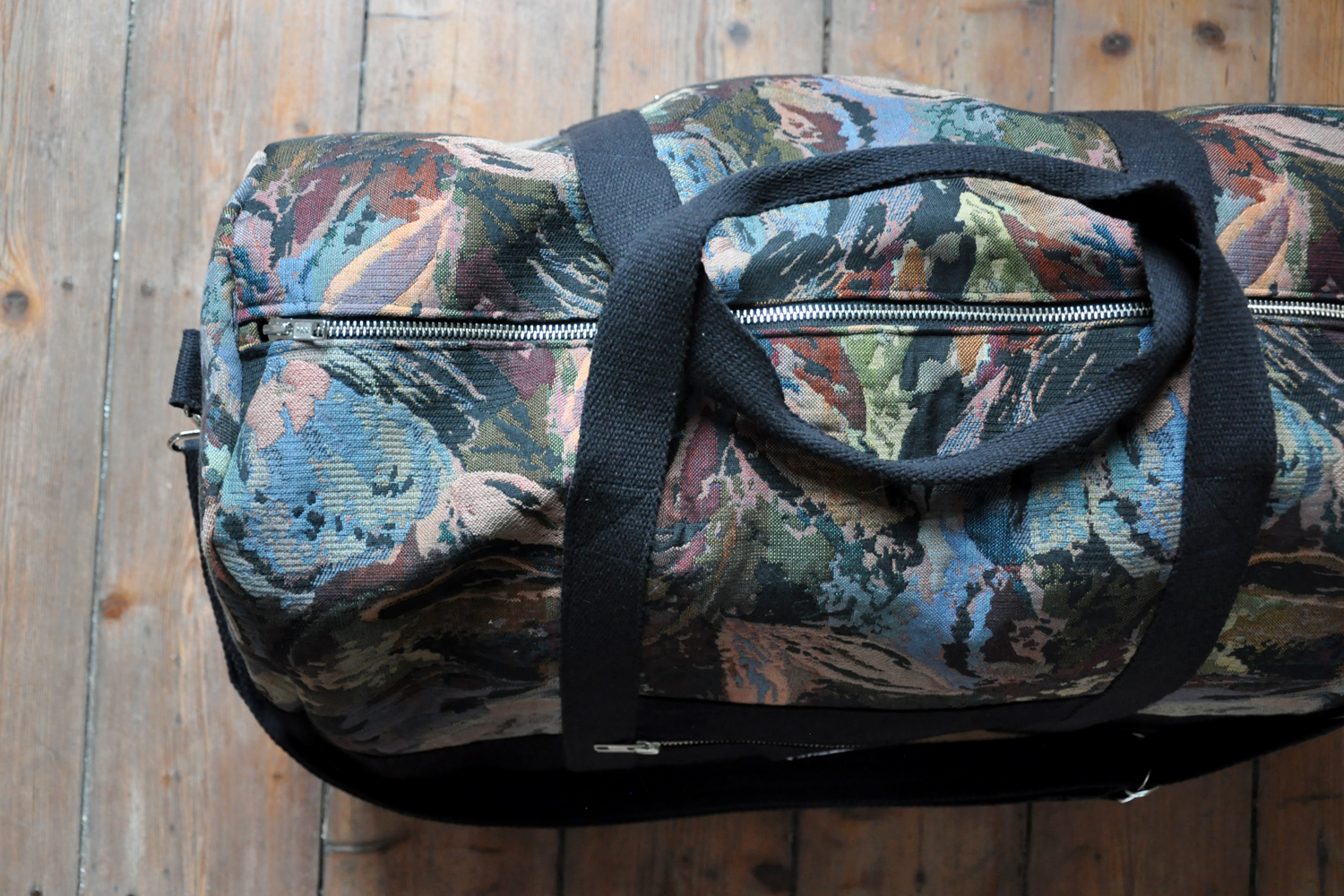 My zipper was a fraction too short so I added little pieces of folded fabric at the end to make it look a bit neater. I also made sure to hand baste the entire thing before stitching to make sure nothing moved around. It's a pretty large piece to manoeuver underneath the machine so I wanted to avoid the layers shifting.

The instructions were generally very clear, but the marking for the strap placement on the end pieces seem to be missing on my version of the pattern. This wasn't hard to figure out, but I can imagine it would be confusing for a beginner!

I didn't interface the contrast portions of the bag because I was worried it would get too stiff and the interfacing wouldn't stick well to the textured fabric. This makes the top a little floppy, but it also made the bag easier to work with! Constructing this isn't hard at all (it's mostly rectangles and precise stitching) but the sheer size of it makes it a bit challenging at times! The hardest part was attaching the bottom, which I did in four steps instead of one single pass. I also stitched it twice for a bit of extra sturdiness.

The lining was hand sewn in because I couldn't face the thought of putting all that stuff under the machine all over again! 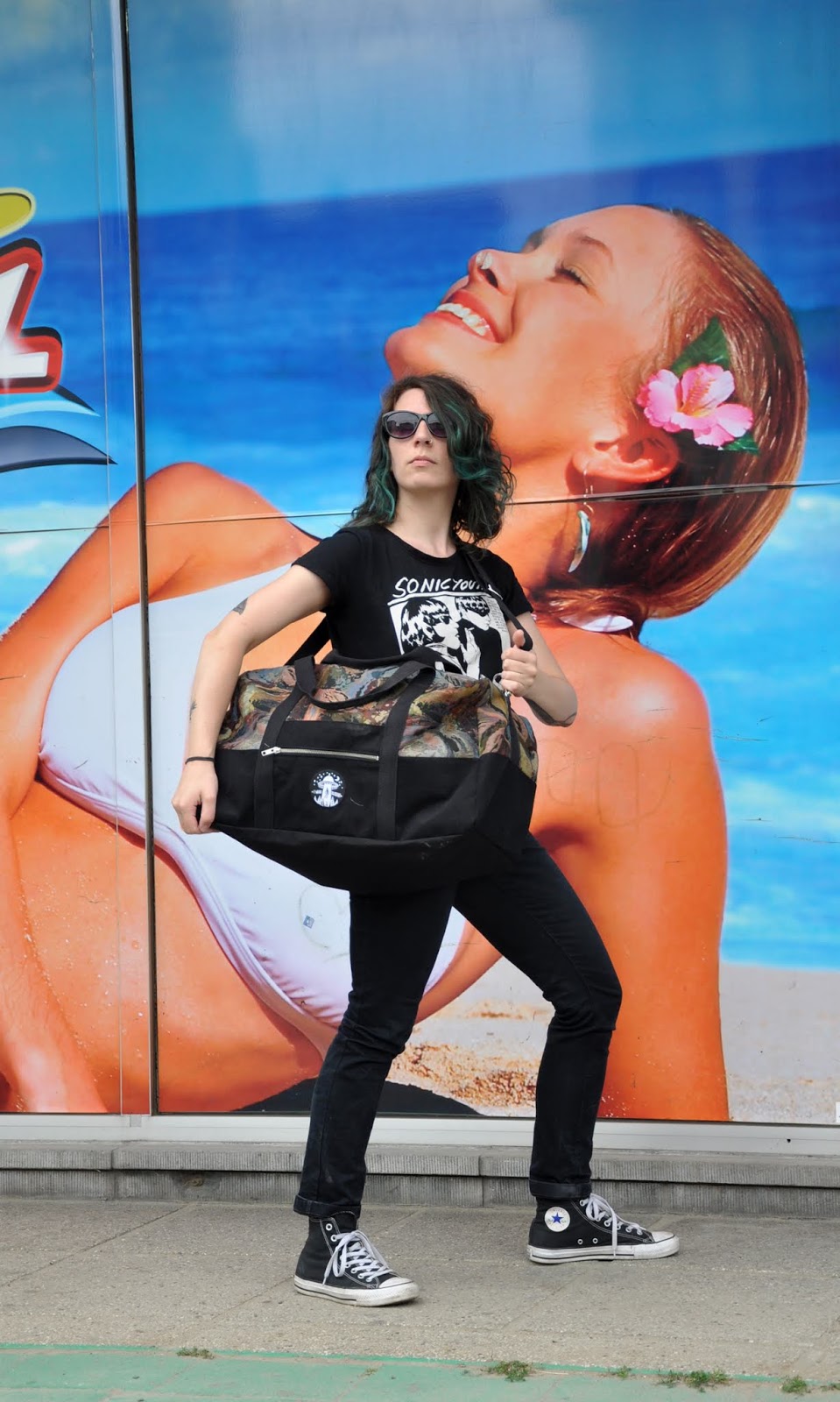 I'll be testing this bag next week on a short trip! I'll be in London and Brighton, so definitely let me know if you want to meet up! I don't bite.
Gepost door Anneke op 08:46