All Hail The Yarn-Eating Beast

I finished this sweater just as the weather got warmer, which means that I'll have to wait a few months before it will get worn.

No big deal, since this project has been four years in the making!

I bought the pattern for the Brooklyn Tweed Stonecutter in 2014, it took me three years to even buy the yarn for it and another year to gather my courage and get started. And in hindsight that was a very good thing. Because four years ago I never would have been able to do this: 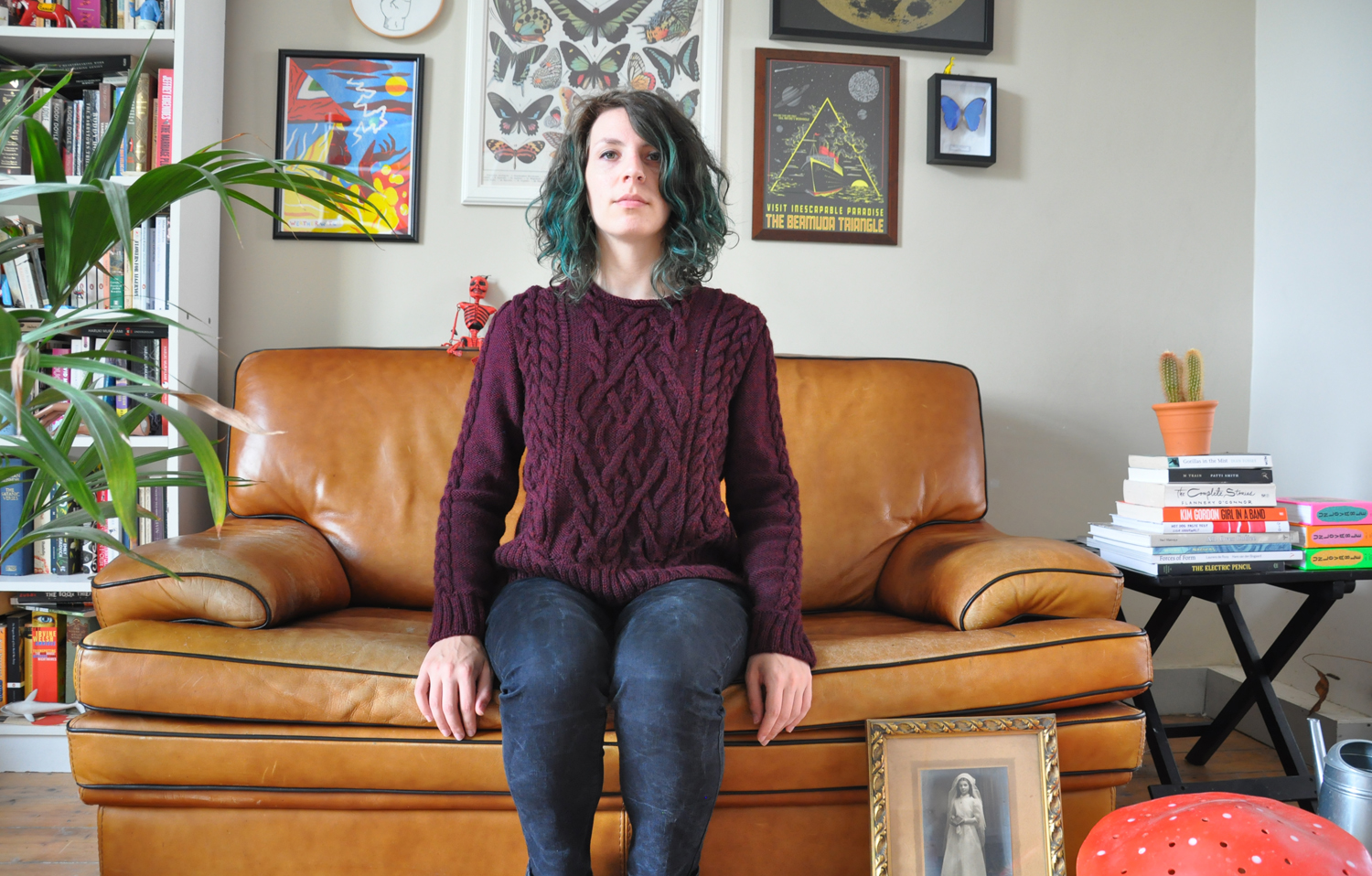 I'm a very firm believer in learning new skills by challenging yourself, but at that time I had only knit some scarves and hats. These days I have a few sweaters (very simple ones) under my belt, and more experience with cables and reading cable charts. I was ready! 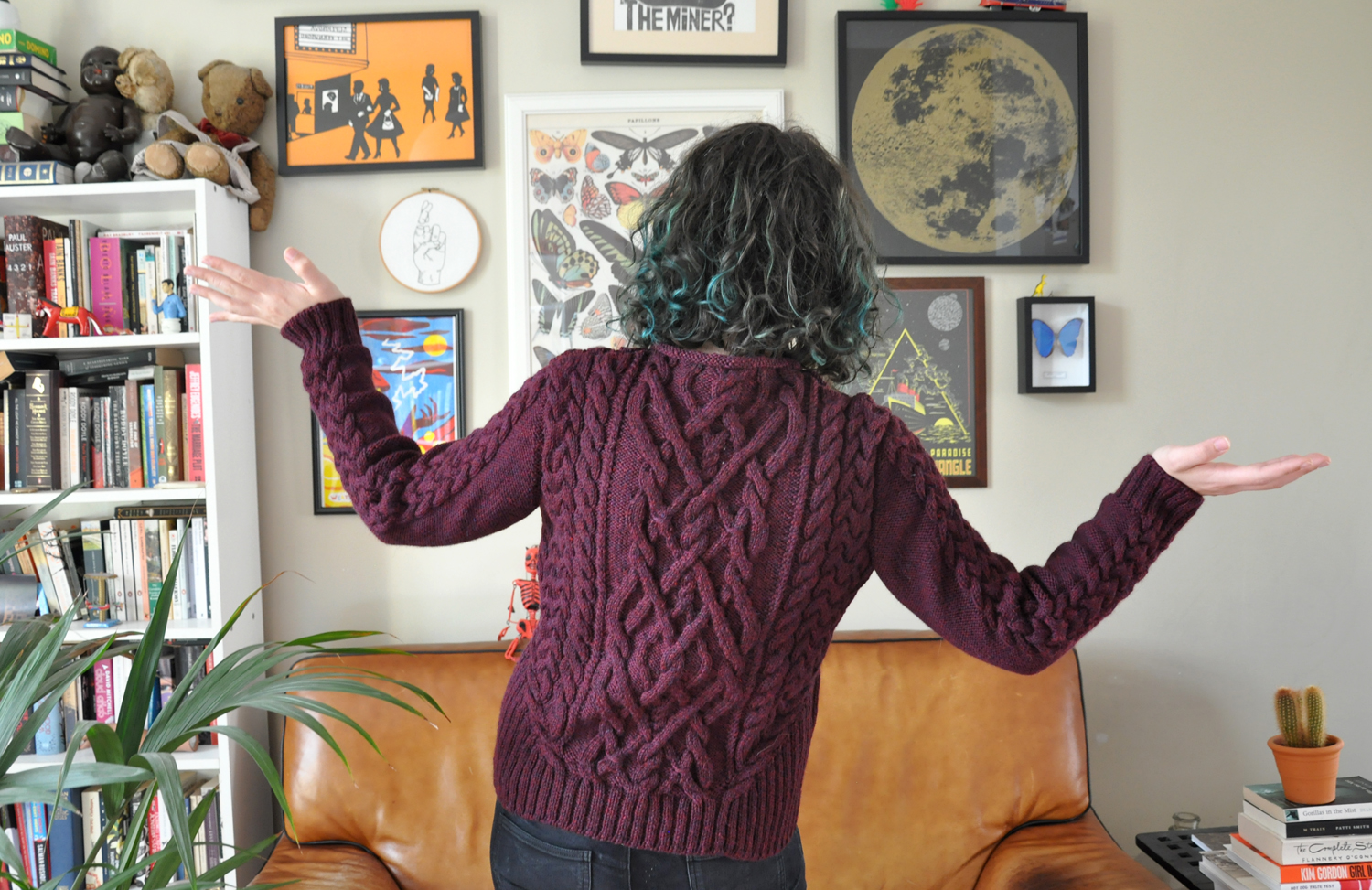 This pattern has one gigantic chart for the section with the diagonal ribbing/cabling, after that the back and front are repeats of four different charts (one large one for the center cables and a few smaller repeats). I had the gigantic chart printed on A3 sized sheets of paper since I don't like knitting from a screen and it was way too small on A4! Being able to mark the rows I'd already done helped tremendously. I had to stay focused the whole time to make sure I got all the cables to cross in the right direction, and I can proudly say there are only a few tiny mistakes! All those were done when I was knitting during an evening with friends. FOCUS, remember? 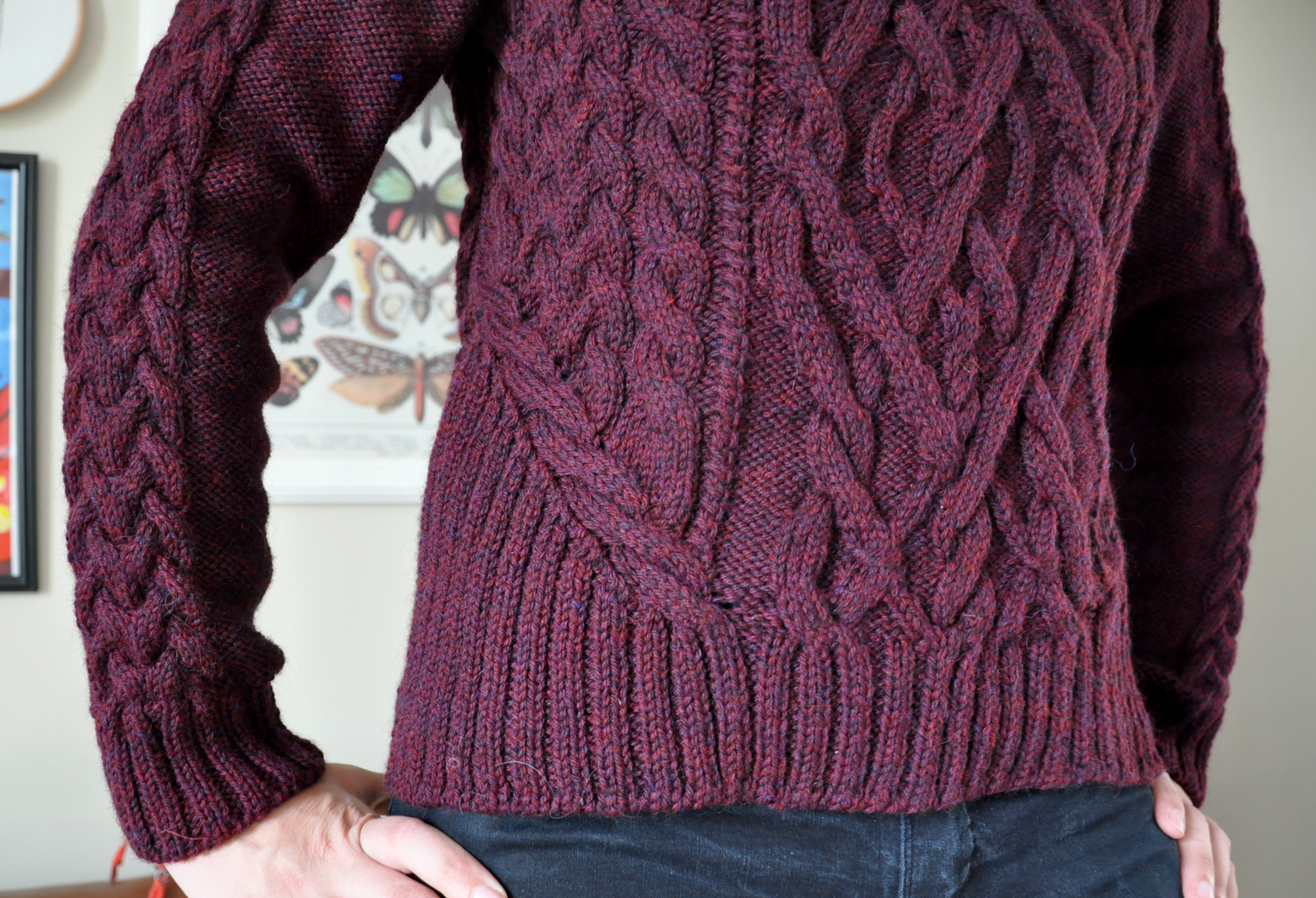 I learned how to do a tubular cast on for this! Part of me wanted to be lazy and just do a long-tail and get it over with, but then I gave myself a stern talking to about 'putting in the extra effort' and 'you're already going to spend ages on this what difference is this little delay going to make'. The instructions in the pattern didn't really make sense to me at the time, but I found this tutorial really clear and helpful. After all I'm stoked I went the extra mile, the edges are so pretty! 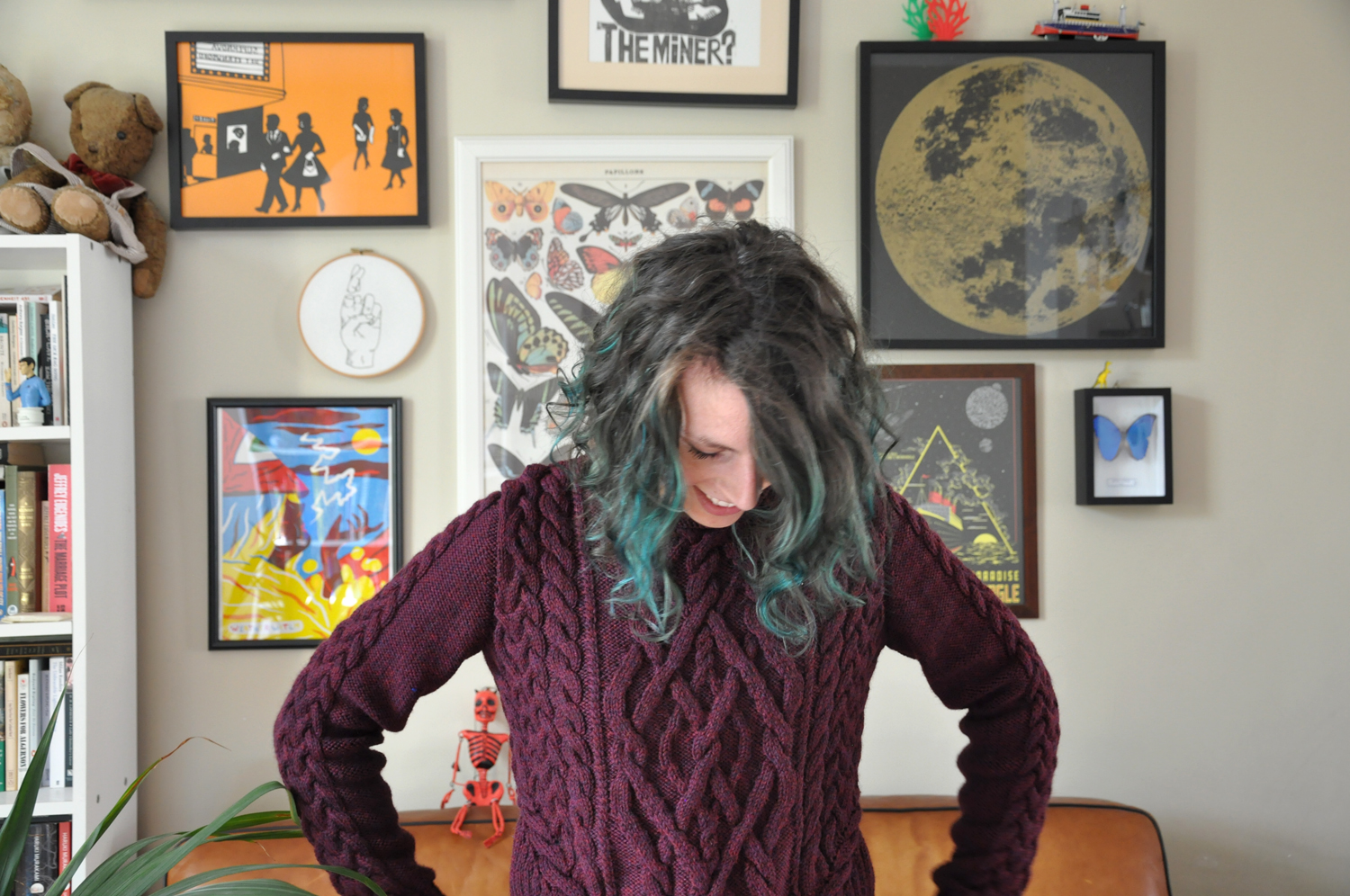 I did the front and back first, since those were the most daunting parts. The entire thing was knitted on these really fancy interchangeable circular needles I got at the shop when there was a huge sale (+ my employee discount) and after finishing the back I noticed I had forgotten to change one of them after switching needle sizes when the ribbing was done, meaning that the entire back was done with one row in one size and the other a half size smaller. WOOPS. After finishing the front no one could tell the difference though, so I decided against frogging.

After this it was down to the sleeves, which were a breeze after that huge chart. All I had to do was keep track of my increased. One of my colleagues once gave me the tip of knitting both sleeves at once so they're exactly the same and I've been doing that ever since- it also feels like it goes faster. 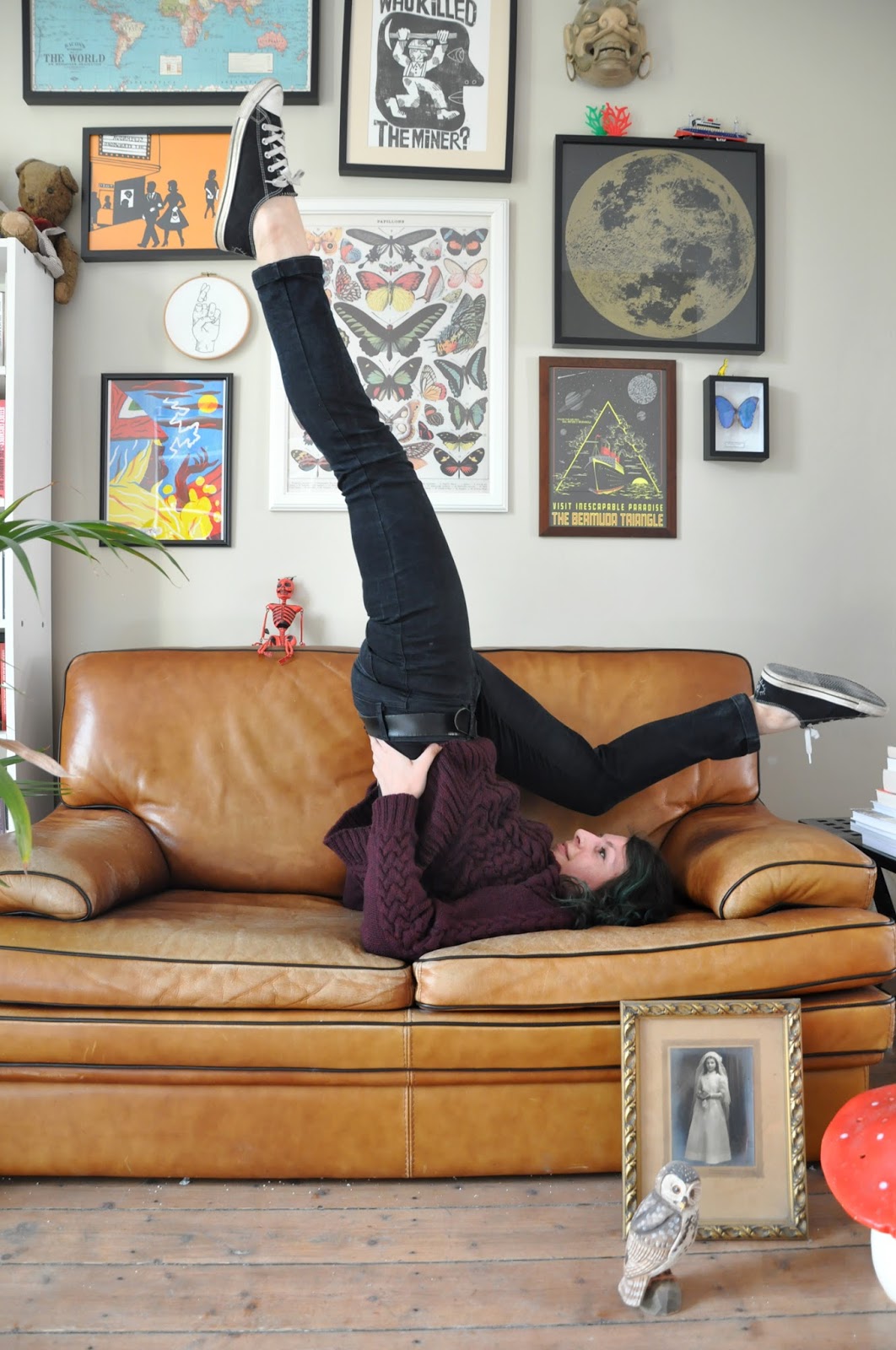 This pattern requires a lot of yarn, so I went for Cascade 220 since it's a very budget friendly option and I liked the quality, having used it for a scarf before. I also managed to get the right gauge, which rarely happens! While knitting I was a bit worried the sweater would be too small after all, but it stretched a bit with blocking and the result is exactly what I wanted: not too oversized because the bulk of it would overwhelm me, but not tight either. Even the shoulders are in the right place! As you can see, I'm very comfortable and mobile in it. 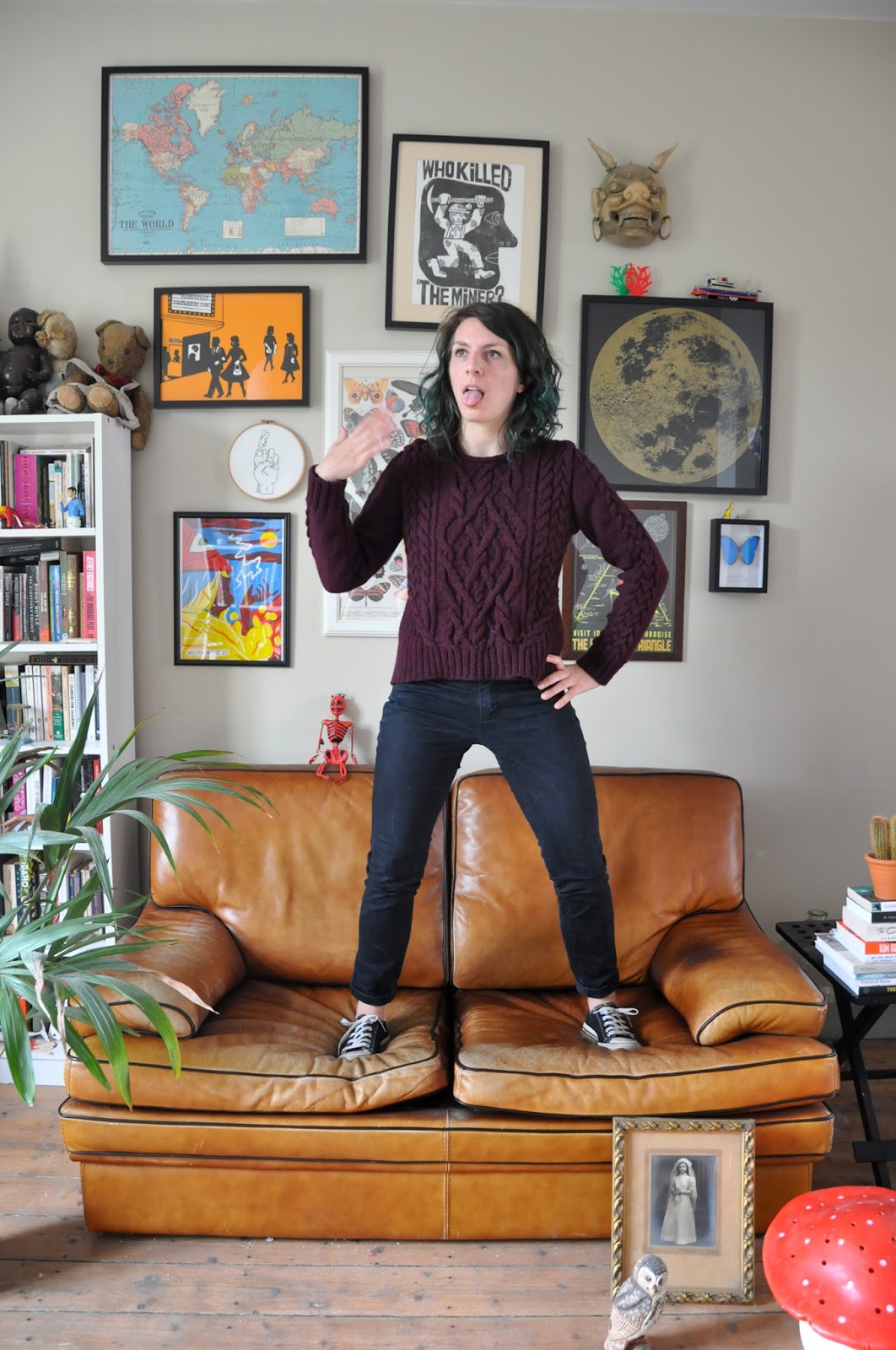 I'm actually proud of myself for finishing this. This thing was on my list for so long, and I think I made it at the right time (but maybe not the right season).

Now it's time to get back into sewing and finish some drawings!
Gepost door Anneke op 09:43