You As Well Beast

I'm seeing a lot of concerts these days so you are getting a lot of music-inspired illustrations!

We'll be seeing the National tomorrow night in Amsterdam, and I had this image stuck in my head since listening to the final song on their latest album for the first time on a plane to Canada: 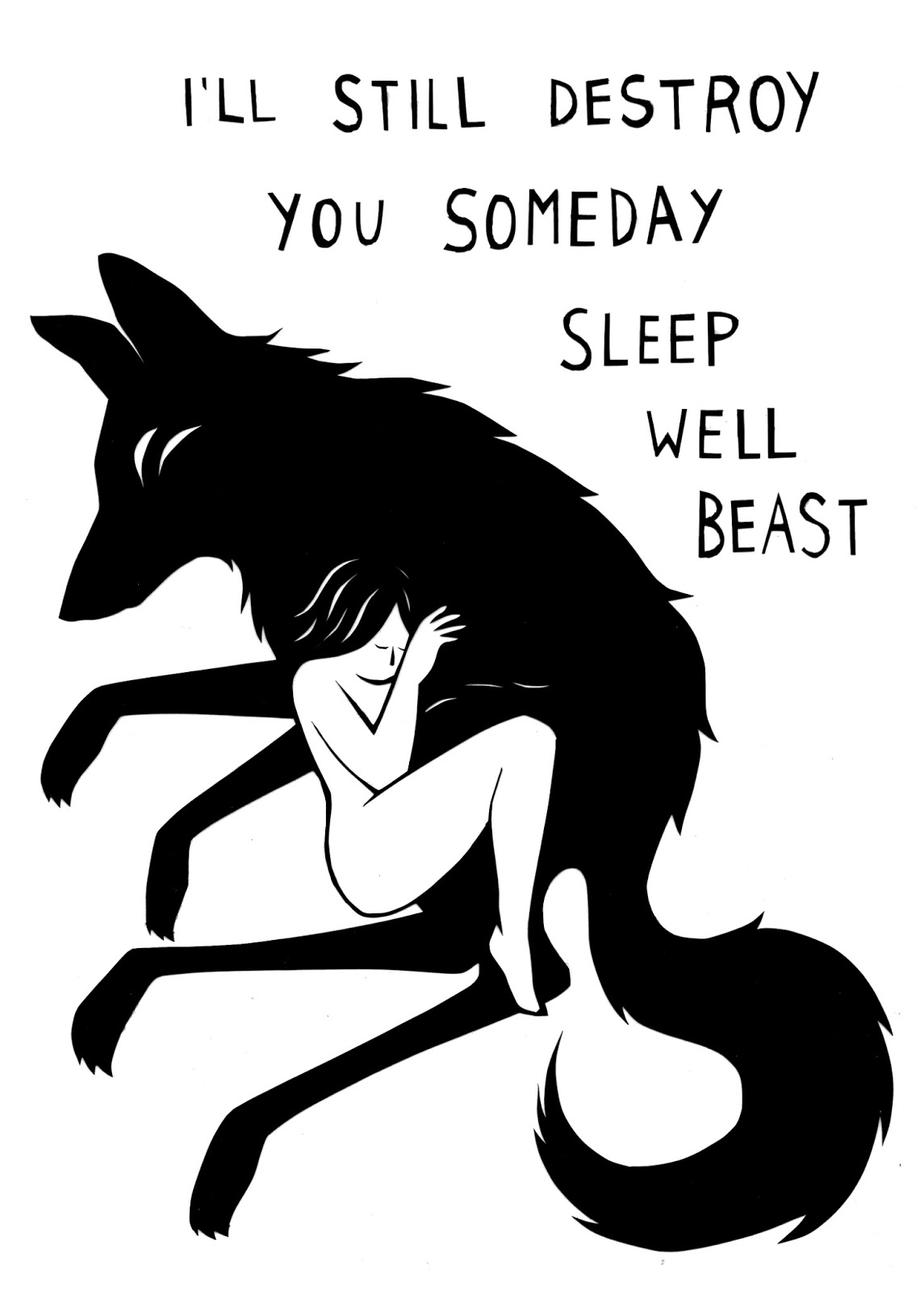 I could say something about how you can sometimes choose to just cope instead of deal with stuff when actually solving a problem is just too much, but I'm not sure if it would make sense, so I'll let you guys interpret this the way you want to.

I normally post a video for the songs I illustrate but only found a single live recording with terrible audio, so you'll either have to take my word for it or go listen to the album or something.
Gepost door Anneke op 14:54