I've been having basics on my mind lately. Don't worry, there's still plenty of room in my heart (and ideas in my head) for prints and statement dresses, but some days I just want to wear something simple and be done. Since I kind of decided to stop buying things I can make (so, that's almost everything, except for things like socks and underwear- not jumping on that trend anytime soon- or shoes) I suddenly find myself sewing t-shirts and solid linen skirts, like this: 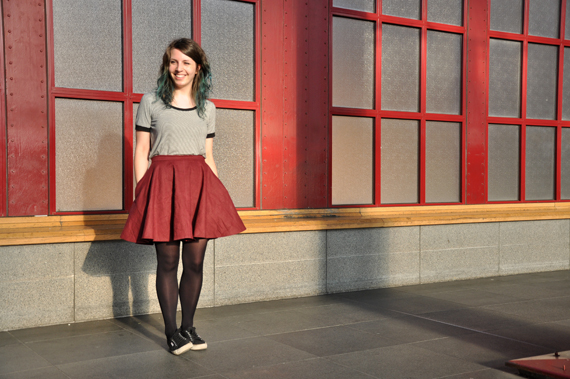 First up: the t-shirt! This is My modified Renfrew again, slightly longer this time (I wanted to be able to wear this with lower waisted jeans or tuck it into a skirt) and in a much drapier viscose jersey. Again, I didn't alter the pattern except for straightening out the side seams for a looser fit. I like how it hits this nice balance between fitted and oversized! 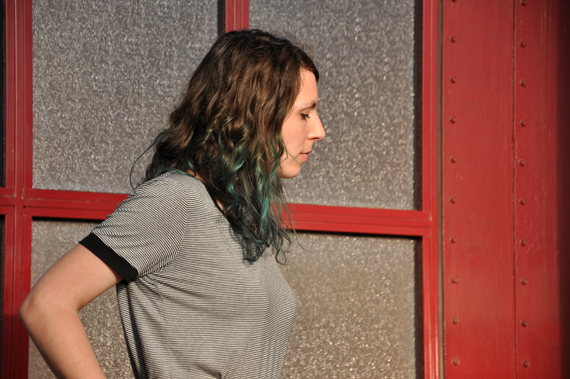 I used a plain black viscose jersey for the bands on the neckline and cuffs, partly for contrast and also because I thought making them in the stripes would be a bit much. Next time I might cut the neck band a tiny bit shorter, since I feel it's maybe a bit too floppy. It was a bit loose on my previous version as well, but it's not as obvious because it was a heavier cotton. I already got slightly dizzy while cutting this thing out! It's very soft and comfy though, and I can see this getting tons of wear over the summer. 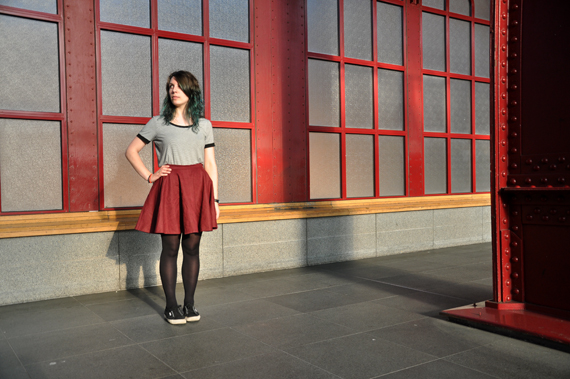 Now for the skirt! It's a full circle skirt, again, I know. I used to avoid them because I didn't like the way they looked on me, but I found that cutting them slightly shorter than I used to makes a huge difference! This one is made from a burgundy linen, which makes it drape and flow nicely. I have some more pieces of linen waiting to make something out of them, and can't get the idea of black linen dungarees out of my mind. ALL THE LINEN! 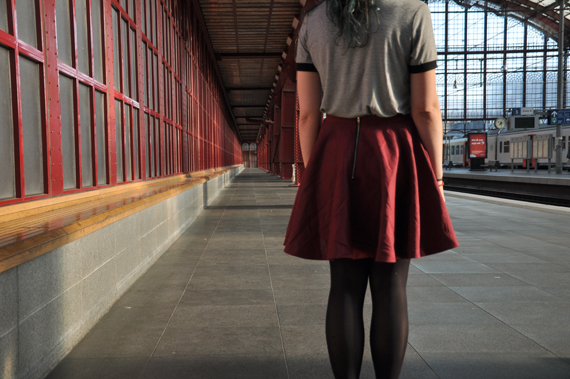 The skirt closes with an exposed zip in the back, which is one of my favourite ways to take a skirt from meh to slightly less boring, maybe? I usually fall back on this Megan Nielsen tutorial to install them and it makes it a breeze.

I was really happy with this skirt and it would make one of those perfect summer things that go with everything, but then I spotted something that put this look on my face: 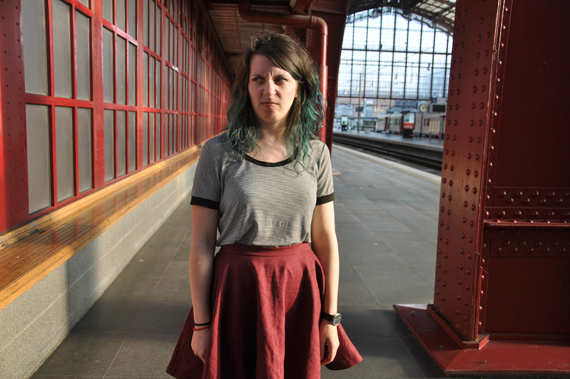 When I was sewing this, I noticed there was a very clear crease on the front where it had been cut on the fold. These can be stubborn sometimes, but I figured I could always give it a soak and press if I didn't get it out with a steam and press. Anyway, after assembling everything and pressing the crease out I noticed it's not just a fold, it's also slightly faded. As in, there's a faded line right down the center front of my skirt (it doesn't show in pictures but it's definitely noticeable in real life).

I'm going to try throwing this into the wash, hopesully the colour will still run a bit and maybe even things out a little. If that fails I can either:

- Accept this minor defect other people probably won't even notice until I point it out, which I definitely will, every time someone says ANYTHING at all about this skirt
- Take the entire thing apart, turn the front piece around and resew the skirt (the fabric has no right or wrong side and the line doesn't show on the inside of the skirt. WHY DIDN'T I NOTICE THIS IMMEDIATELY I COULD HAVE USED THAT AS THE OUTSIDE AND IT WOULD HAVE BEEN PERFECT)
- Throw the skirt into a corner, curl up into a different corner, pout until I realise how ridiculous it all it, shrug, donate skirt and make something else.