Yeah, I've turned them into a rather smart casual jacket.

Sewing time! This is something I made and photographed a while ago, but never got round to posting. It's another Rigel bomber! I had already made two, both of which got worn loads during the summer and early autumn. Now I felt it was time for a jacket I could wear during these chilly weeks when a winter coat is just too much, but it's still too nippy for lighter jackets! 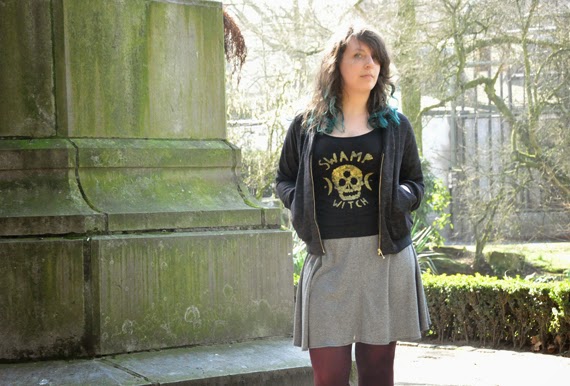 There's not that much to say that I haven't said before about this pattern. It's a surprisingly quick sew, with the welt pockets being the most time-consuming step. I cut this jacket out during a visit to Caroline's amazing sewing space and it took me two evenings to sew it all (mostly due to procrastination on my part and some added hand-sewing) 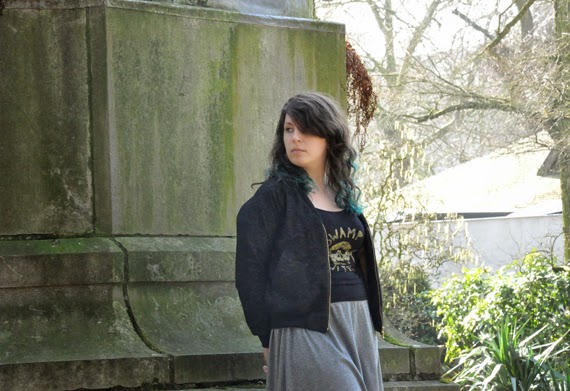 I used a lightweight wool from Pauli for the shell and a bit of gold (!) acetate lining fabric. I'm wearing this jacket with long-sleeved shirts and sweaters as opposed to tops or short-sleeved dresses, so being able to just slide my arms in is nice! I used plain black ribbing for the neckline, hem and cuffs and it works fine, but I'd like something a bit more substantial the next time. Any good sources for thicker ribbing in Belgium? 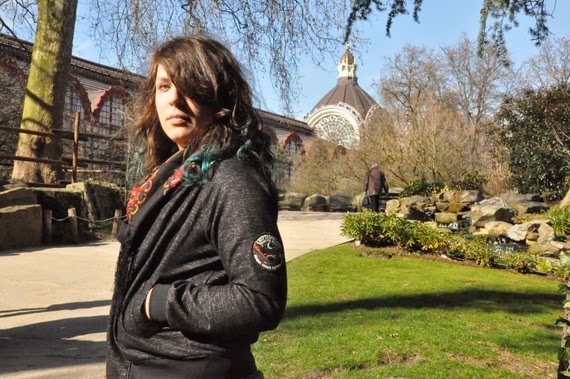 I wouldn't call this jacket mine if it was completely blank, so I added a patch to one of the sleeves. It's this amazing one from Maiden Voyage Clothing. Since then, I've added some of my own badges and a badge I got from this guy: 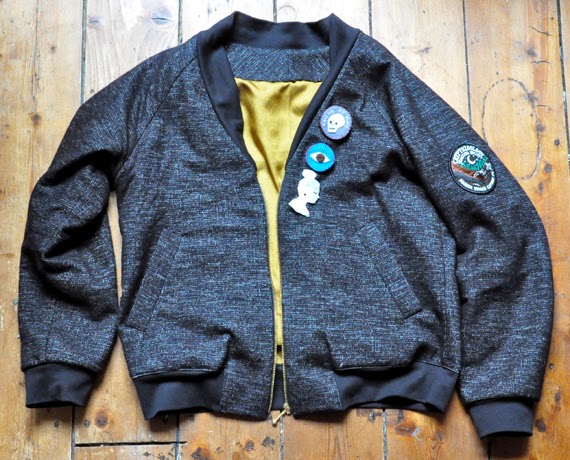 It's a laser-cut character from his latest graphic novel. I kind of want to play with a laser cutting thing now. How amazing would a dress or jacket with a cutout design be? This picture also shows the lining, which isn't part of the pattern. I added it the same was as before, by cutting the body and sleeves in lining fabric, assembling the lining and shell separately and then basting them together before attaching the zipper, ribbing and facing. I turned the edges of the facing under and handstitched it to the jacket. Bam!


I have another project lined up to photograph (eagle-eyed people can already spot it on the Sew it Up website). I'm not posting these pictures here yet because I think the actual blog post and dress deserve a nicer setting than my living room. Sadly, my boyfriend (and photographer) got pretty sick at the beginning of the week and we took him to hospital on Thursday because he had a massive fever that wouldn't go down. It turned out to be pneumonia so he'll have to take it easy for a bit! He's doing a lot better now though, and I got to kill time in the emergency room by drawing this amazing portrait: 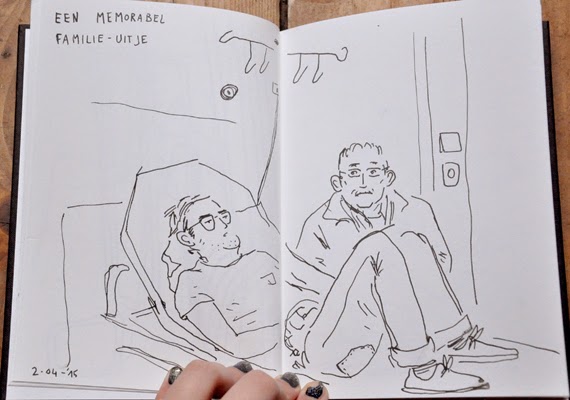 PS: for those wondering about the title: watch this. You won't regret it.