If there's one item of clothing that's become a staple in my wardrobe over the past year, it's the jean jacket. I wear mine instead of cardigans as soon as the weather allows it, so when I saw this Burda pattern I knew it had to be made! 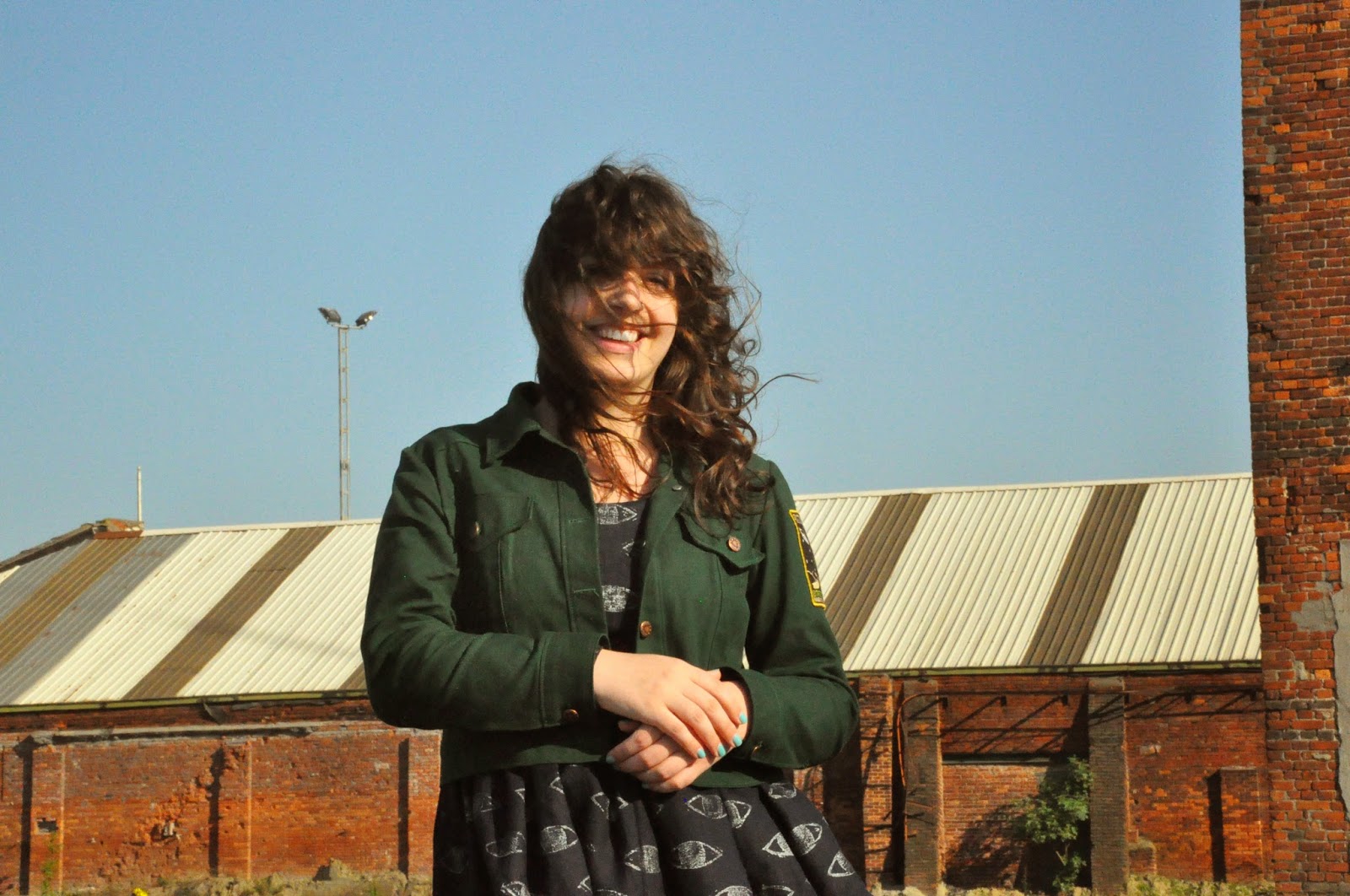 After finishing and trying it on for the first time I got the feeling this jacket looked familiar. Especially the colour. It was as if I had seen it before, quite often actually. And then it hit me:

I decided to just roll with it and embrace my inner crazy zookeeper. And it's awesome. This is a pattern for a cropped jacket, so it's designed to hit at the waist, making it perfect for most of the dresses I wear. 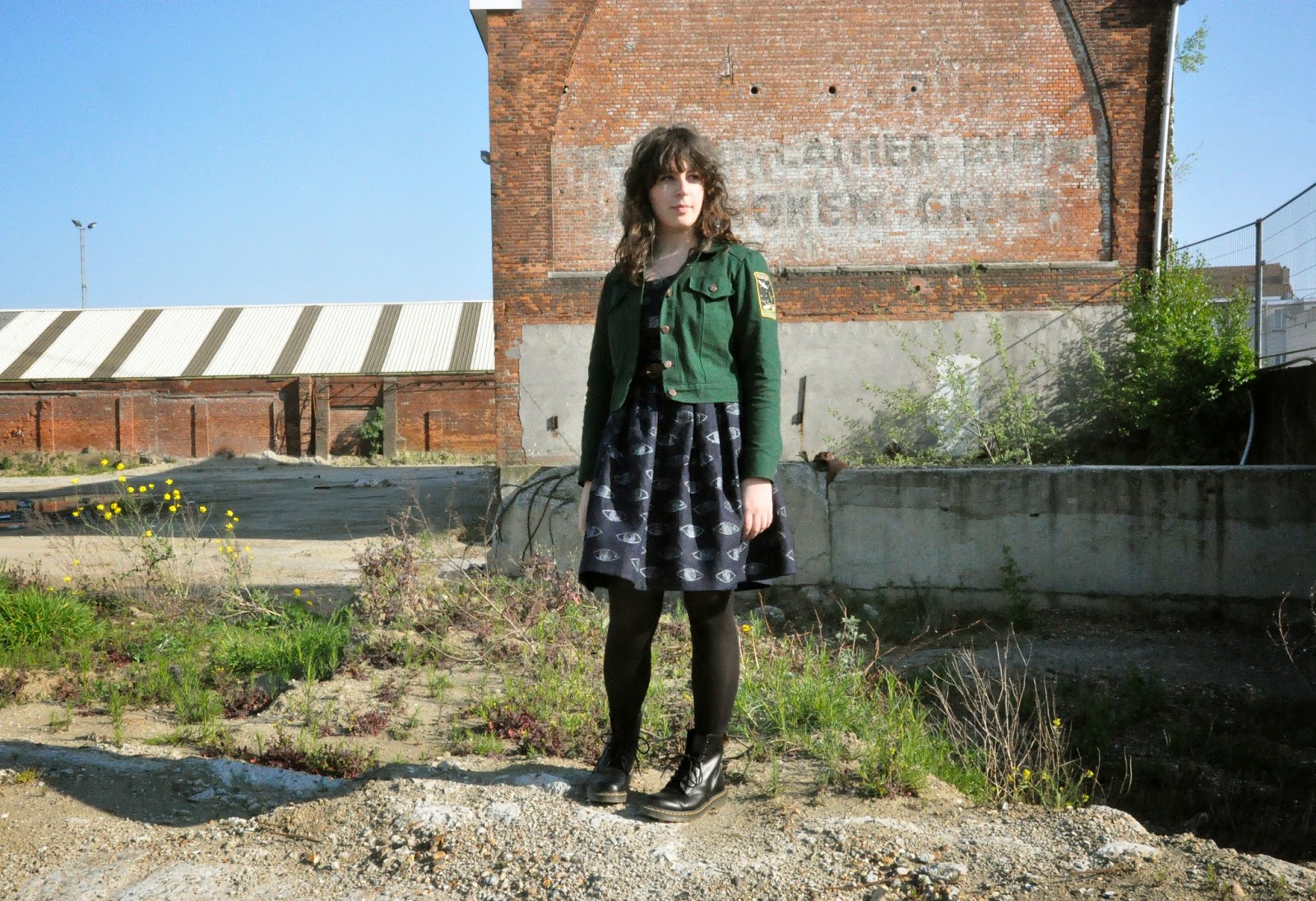 I didn't make a muslin but quickly measured the pattern pieces and declared I was good to go. I never wear my jackets closed so the fit across the bust wasn't really an issue.If anything, I prefer it to be on the smaller side so things don't get too bulky! 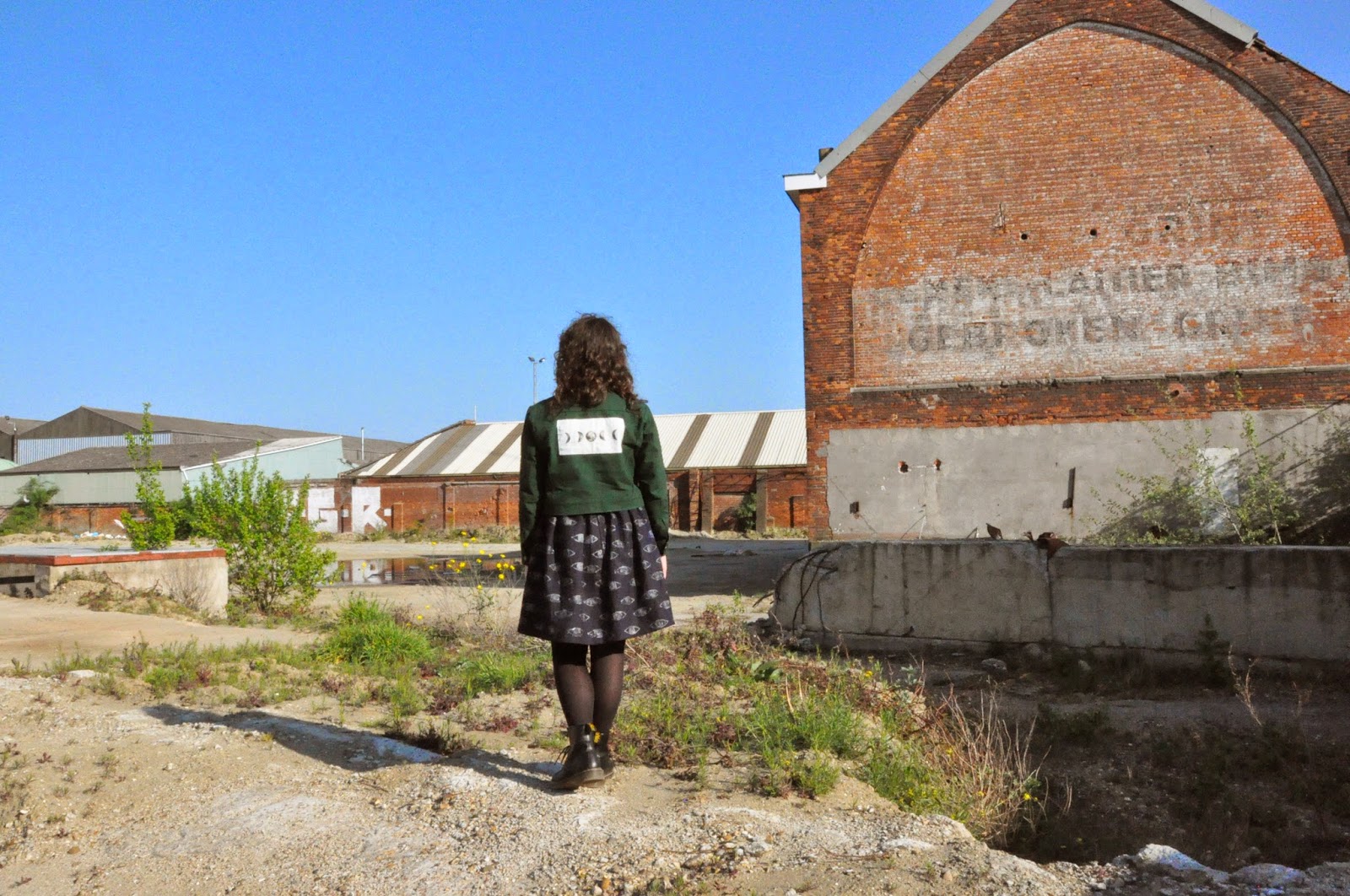 The construction of this is pretty nifty: the front has two darts which are stitched on the right side, trimmed and then covered by two strips of fabric (creating the illusion of pockets). This gives the front of the jacket some shape, along with the princess seams at the back. The only part of the instructions I struggled with was the sleeve vent, in fact I still have no idea what Burda meant by that. I ended up making something up the seemed right. Too bad, since the finish on the rest of the jacket is really nice (flat felled seams galore!)


I like to decorate my jackets with patches and pins, and this one was no exception. The one on my sleeve was a Christmas present from the boyfriend, and it's available here! I'd like another one of them, but I can't choose between Chupacabra, Loch Ness Monster and Mothman. Ahh, first world problems. 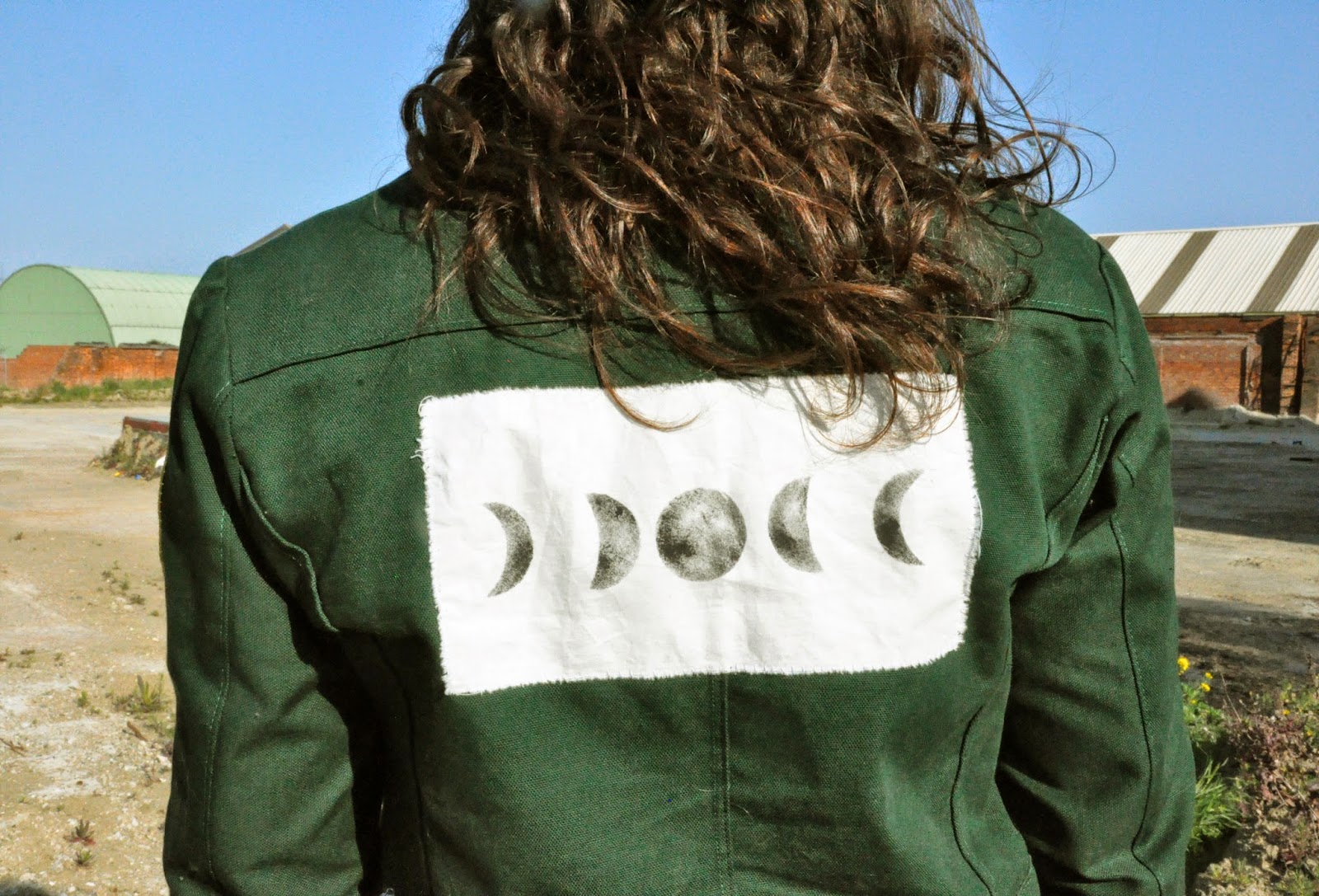 The patch on my back is one I made myself! It was super easy, I just cut a stencil and used a dry brush and a tiny amount of fabric paint to get the effect. 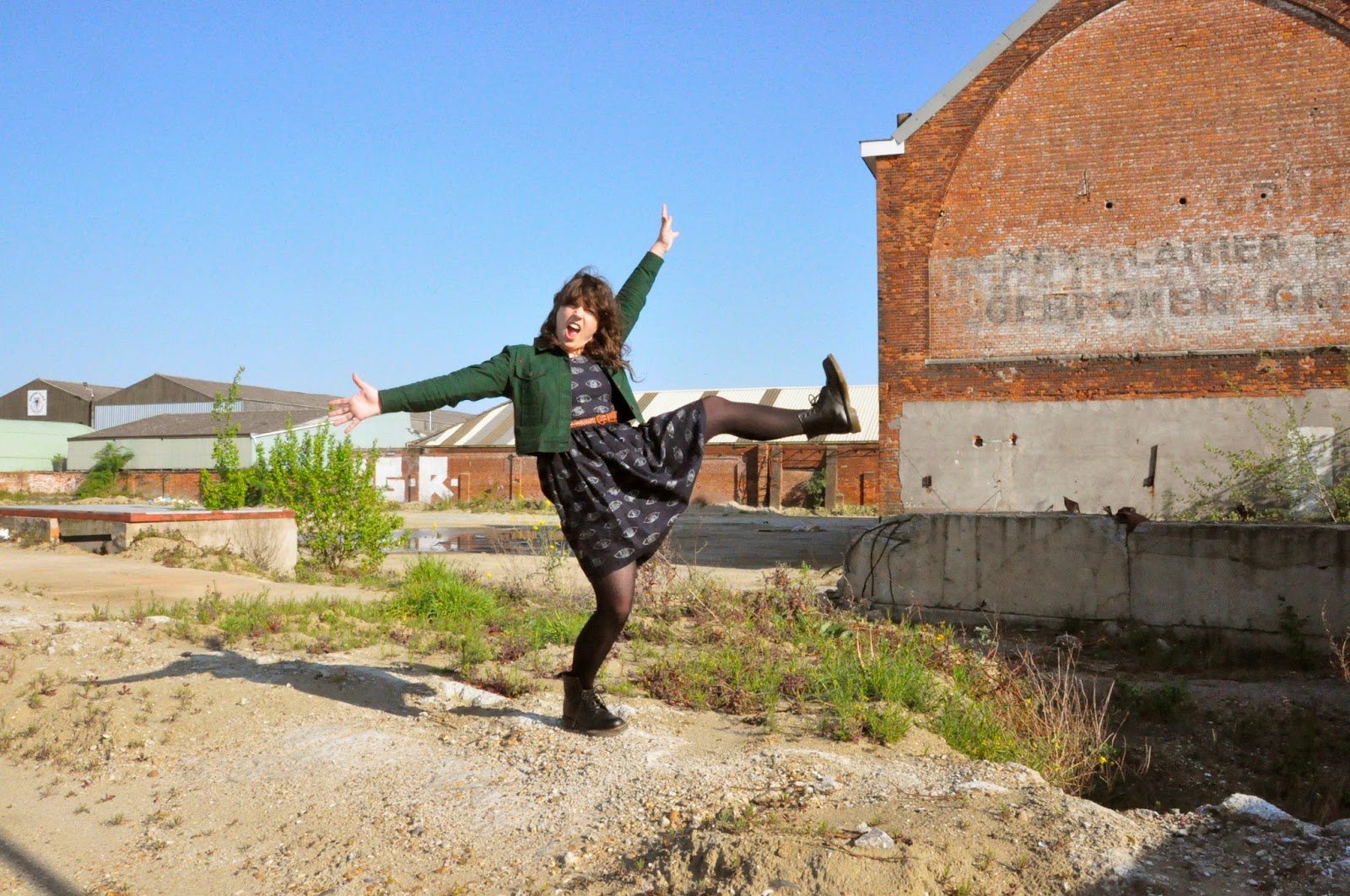 I like this jacket, even though I spent an hour swearing about the sleeves and smashed my fingers with a hammer to get the buttons on. It's already had a ton of wear!

BY THE WAY I HAVE SOME SUPER EXCITING NEWS! Some of you will probably have heard about Sew It Up, a Benelux edition of Project Sewn hosted by a few awesome ladies. I applied almost as soon as the news got out, and I can say I've been selected as a candidate! The next few weeks are going to be crazy hectic but the challenges are so awesome I'm looking forward to it like no other. More news to come! You can sew along with the challenges as well, so definitely take a look!