We All Know Black Lace Is Very Summery

The chain of stores I work for has a pretty sweet deal going on: employees have a monthly budget to use on accessories to wear while they're working. The particular location I work at doesn't sell any accessories, so I can use that budget on fabric! I had taken this black lace home in November, but since the heating wasn't working all winter it didn't make sense to use it then (since it would have been covered in sweaters anyway). Recently my boss reminded me that I still had it, so I set out to make a nice spring/summer outfit! In black lace. 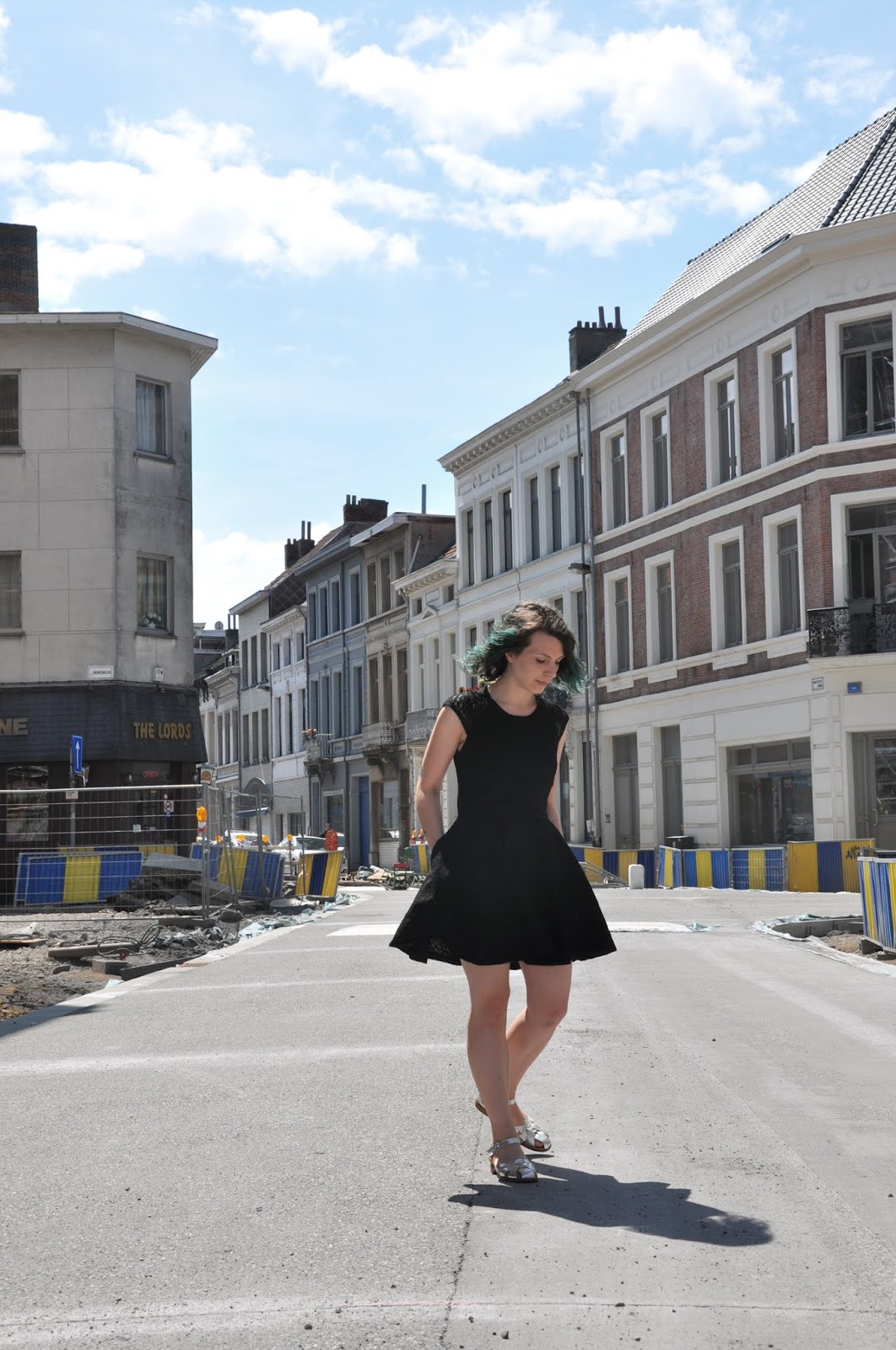 I wanted to play with transparency a bit, and flipped through the Burda catalog to see if I found anything inspiring. Burda 6438 had an interesting bodice going on, with raglan sleeves and curved inset pieces that reminded me of the Colette Rue (which is a dress that I like in theory but read so many horror stories about I'm not even going to bother trying to make it work). The pattern comes with a straight skirt which isn't at all my jam, so I added a circle skirt instead. 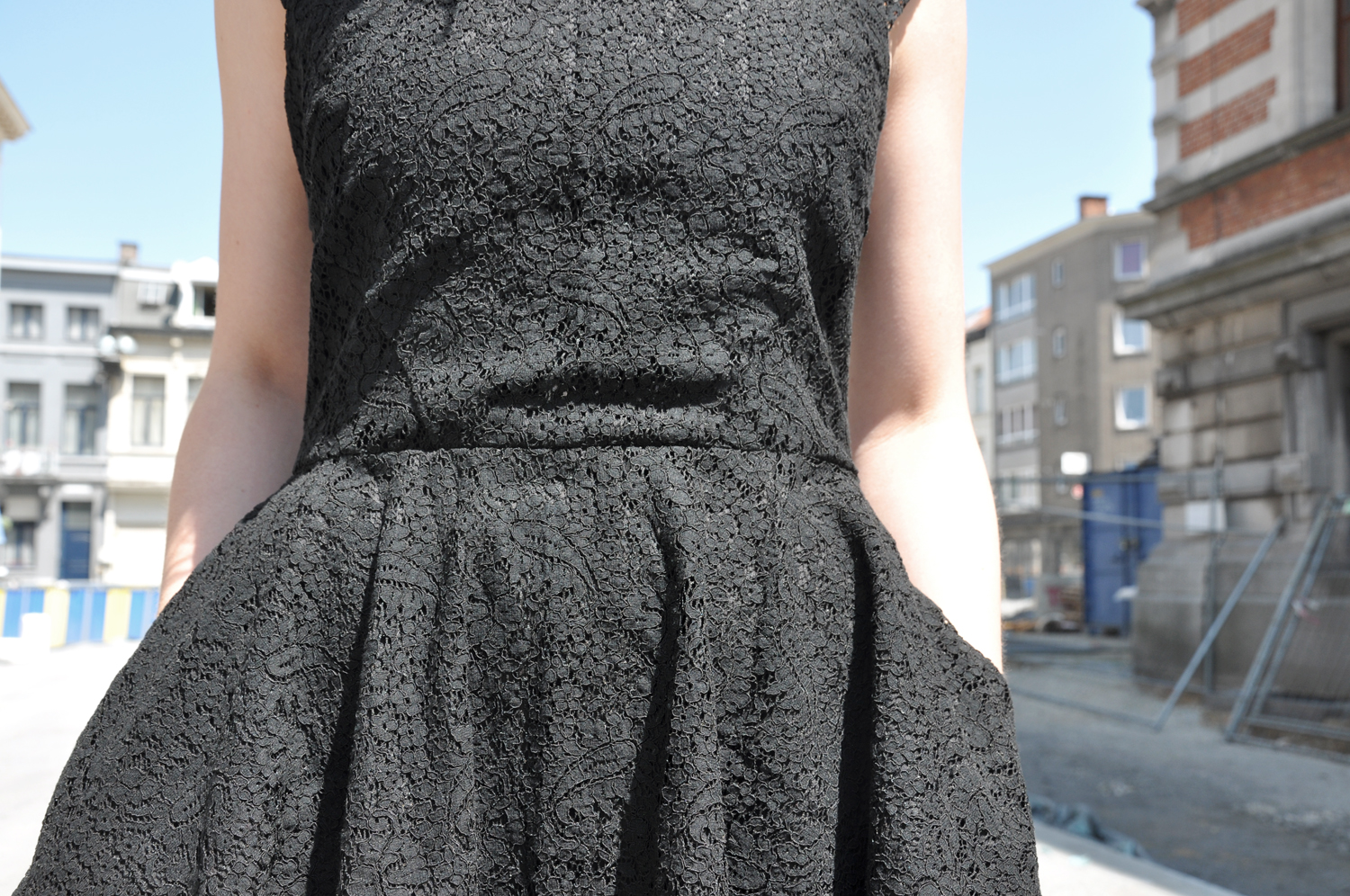 The entire dress is underlined in a thin cotton, apart from the sleeves. Initially I wanted to leave the side panels transparent as well (as shown in one of the views of this pattern) but after trying the dress on before adding the lining it just looked... weird. Maybe it's because the detail doesn't continue on the back, or because my bra band would always be visible, or maybe because I'm just not used to drawing attention to that part of me. After some laughing at myself in the mirror I just added the side panels to the lining and solved that issue. 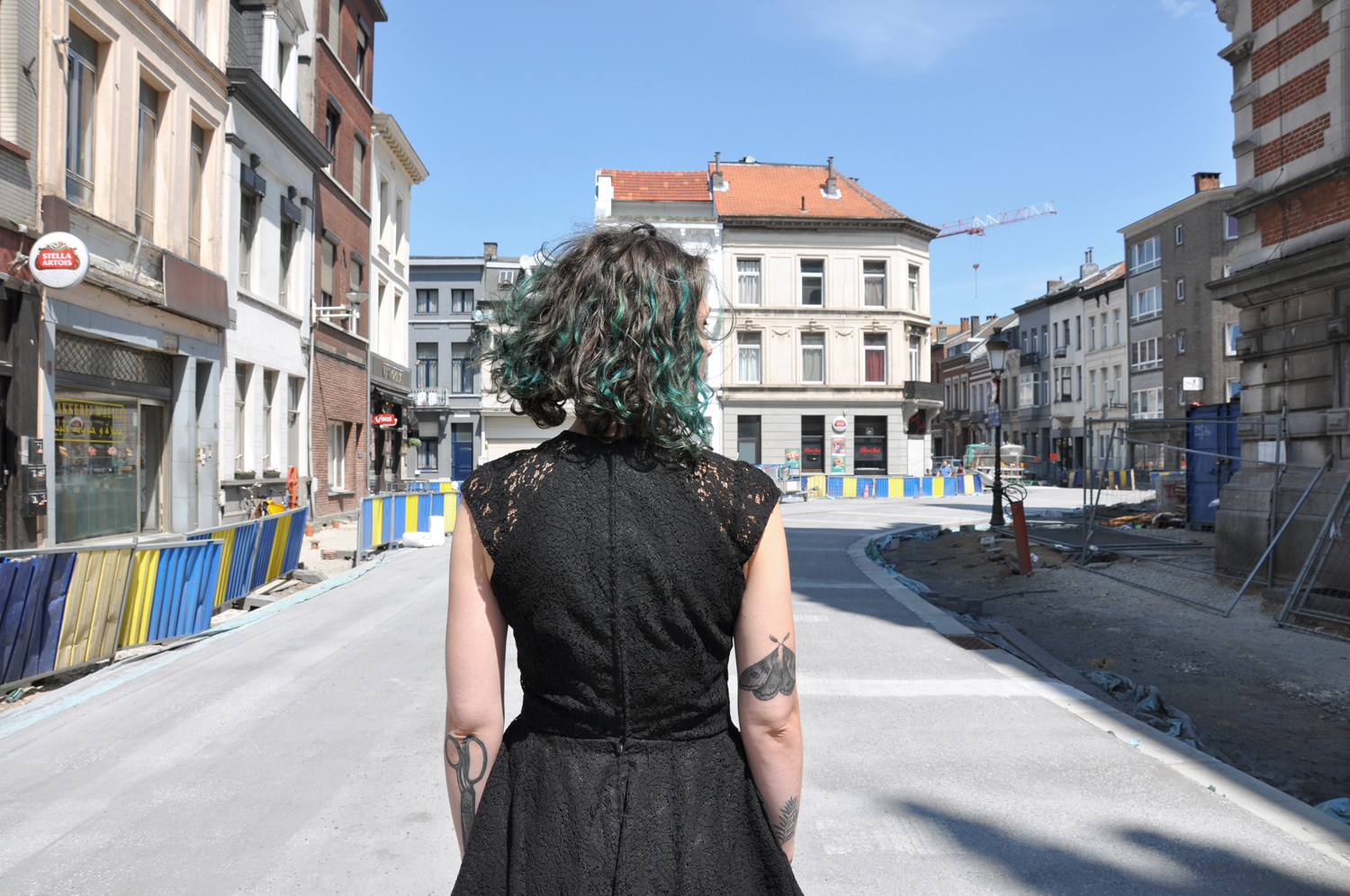 I didn't make a muslin because Burda patterns tend to fit me really well, and just cut my size based on my waist measurement. According to their size chart I'm a 40 in the bust and 38 everywhere else, but I find that a straight 38 usually fits fine in the bust department. I usualle do have to remove some width from the back, which is a common alteration for me!

An invisible zipper would break instantly with this bulky lace/underlining combination, so I used a regular one and hand picked it. I think this finish is somewhere between an invisible and a topstitched lapped zipper in terms of niceness. Also, hand sewing is relaxing. Deal with it. 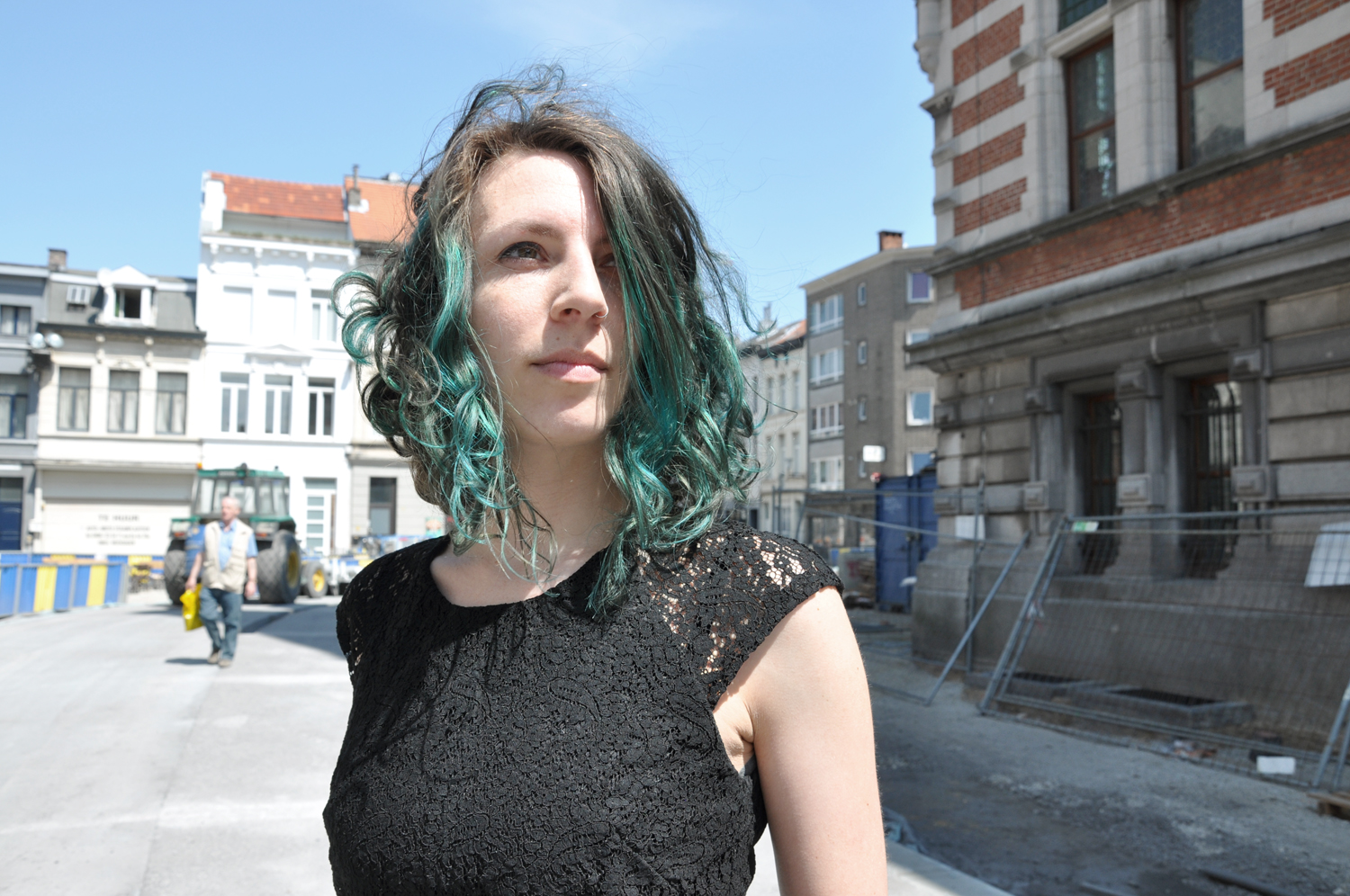 I don't think anyone would associate this dress with summer, but that's definitely not going to stop me from wearing it! And in winter as well, of course. I think our heating has been fixed by now.
Gepost door Anneke op 10:50 Geen opmerkingen:

If there is one pattern that can be considered a TNT (tried and true) for me it's the Ogden cami by True bias. I've made four of them now, in different fabrics and lengths, and they are perfect for warmer days when I want to look a bit more put together than when I'm just wearing a tank or t-shirt. I really like the shape of the neckline, so when Hanne gifted me some jersey and I thought of making a maxi dress out of it, I didn't have to think for long! 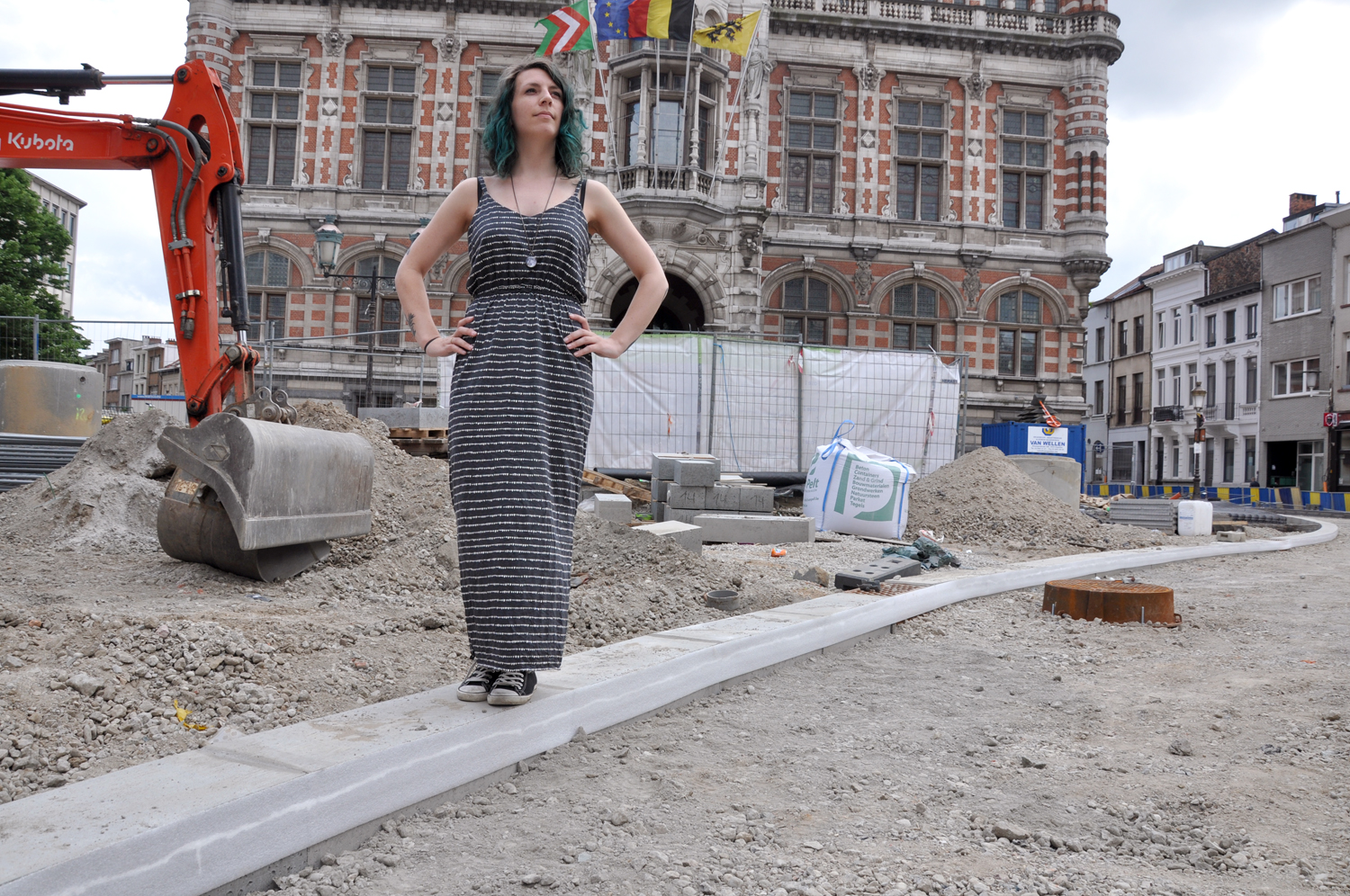 This was really easy to make. I measured where I wanted the waistline to sit (a little lower than my natural waist measurement so it would blouse a bit) and cut the Ogden at that shorter length, with a large seam allowance (to make the casing for the waist elastic).

I cut two of the front and back instead of cutting a facing, because facings and lightweight jersey don't really mix in my book. The self lining gives the bodice some extra structure and makes for a nice finish on the inside! 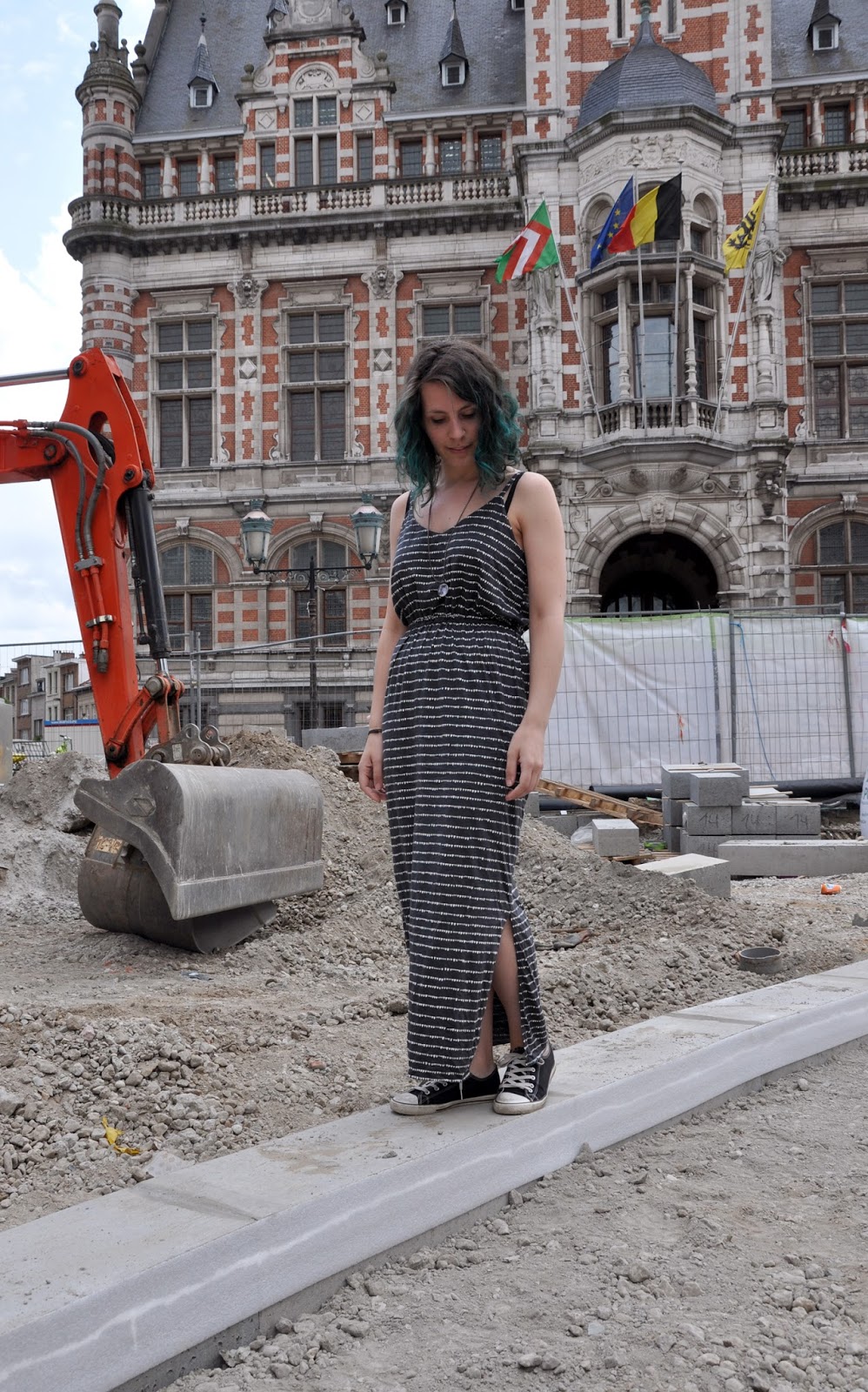 Construction was really simple! I assembled the bodice according to the instructions, using a straight stitch for the straps so they wouldn't stretch with wear. I also chose not to understitch the lining since it would be caught in the waist seam anyway and wouldn't flip to the outside too much. After the bodice was assembled I sewed the waist seam with a wide seam allowance, pressed it down and topstitched it to make a casing. 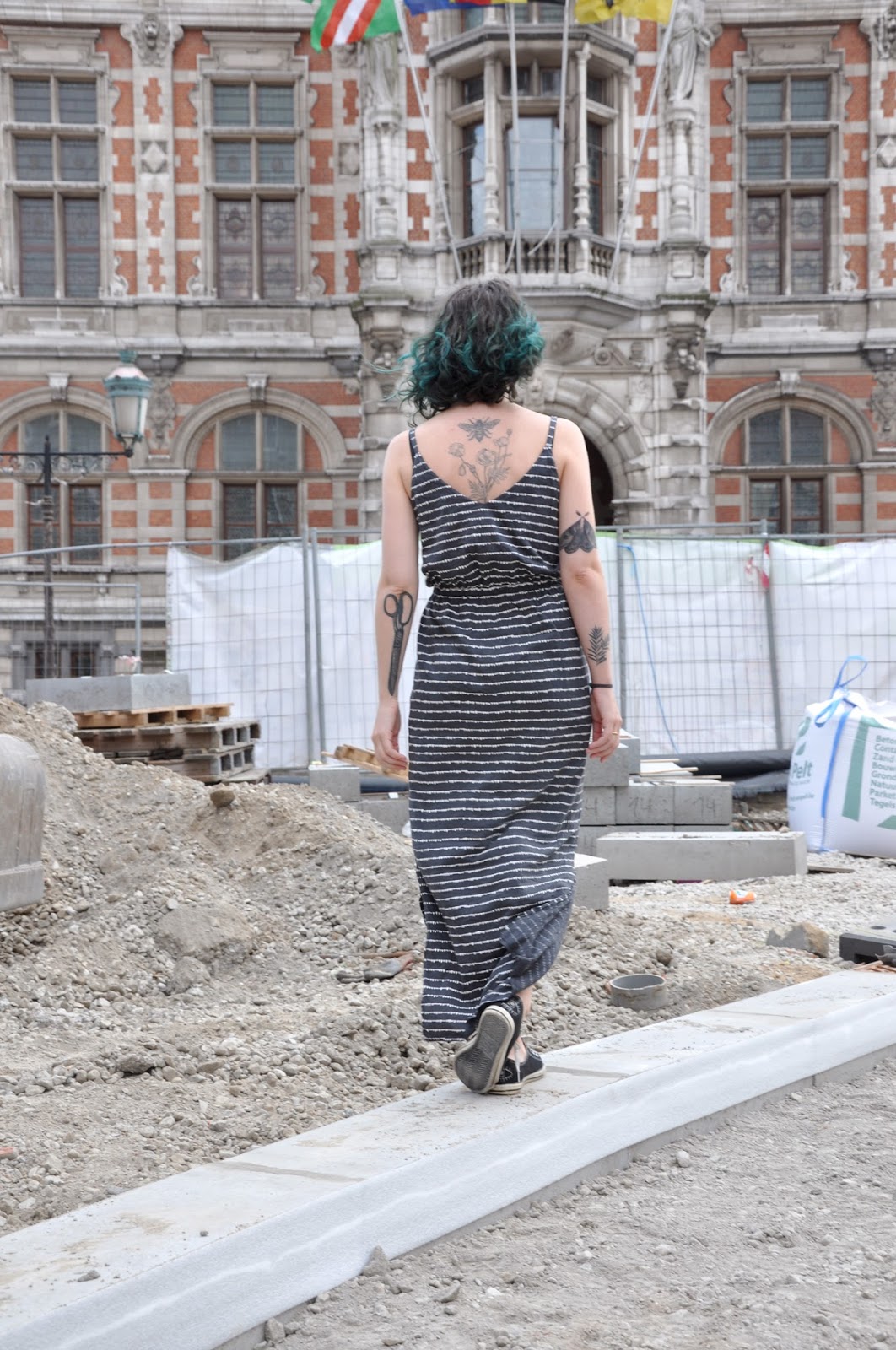 The skirt is made out of two rectangles, with a split at both sides. The stripes on this fabric are a bit irregular, but I managed to match the side seams pretty well! 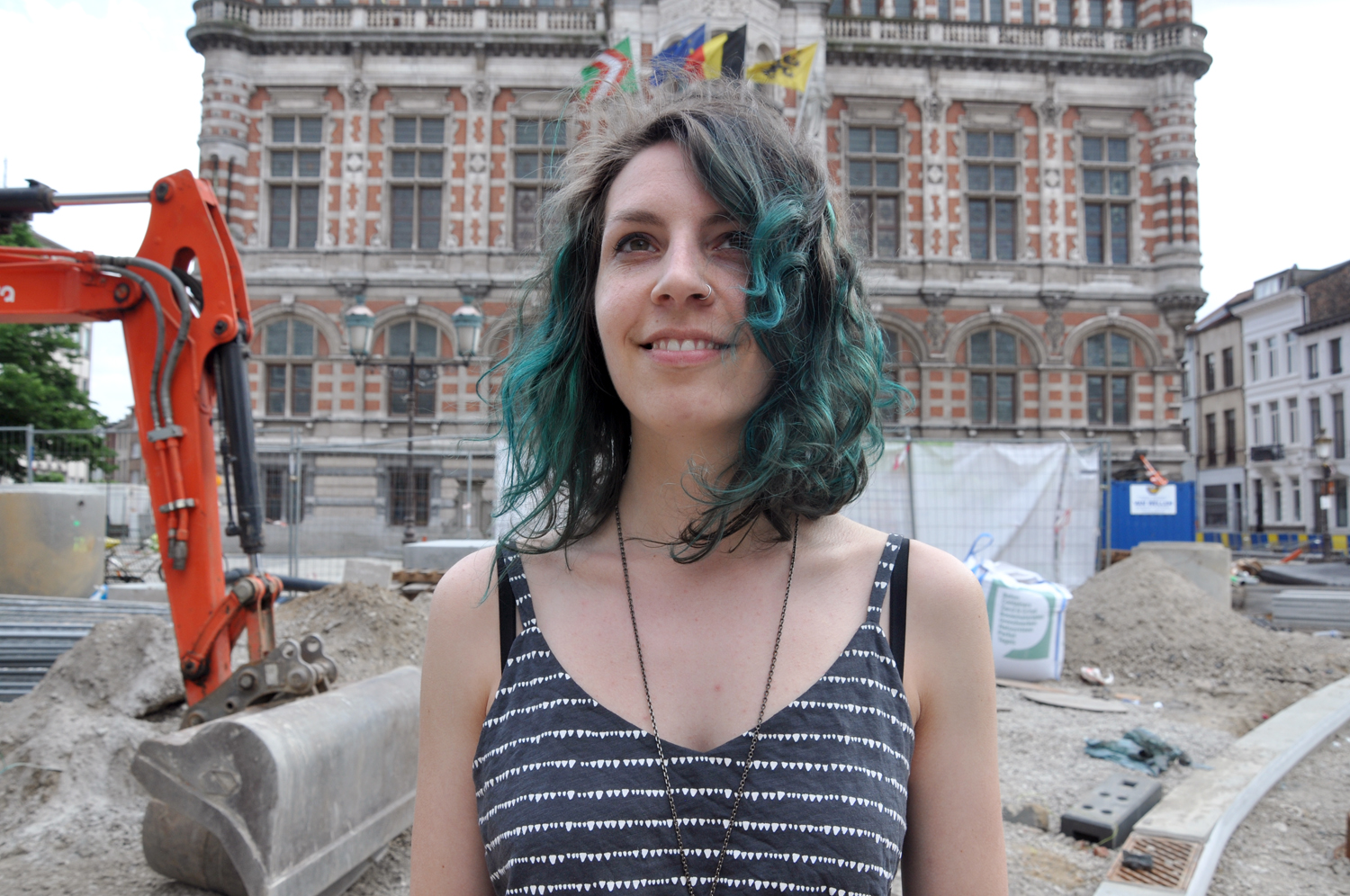 I really like this fabric, especially the print. It reminds me of rows of pointy teeth, which is a good thing in my book. This also meant that it was the perfect dress to wear to my birthday party! I turned 29 and thought it would be a good idea to have people dress up as what they wanted to be when they grew up. In my case, that was a vegetarian werewolf: 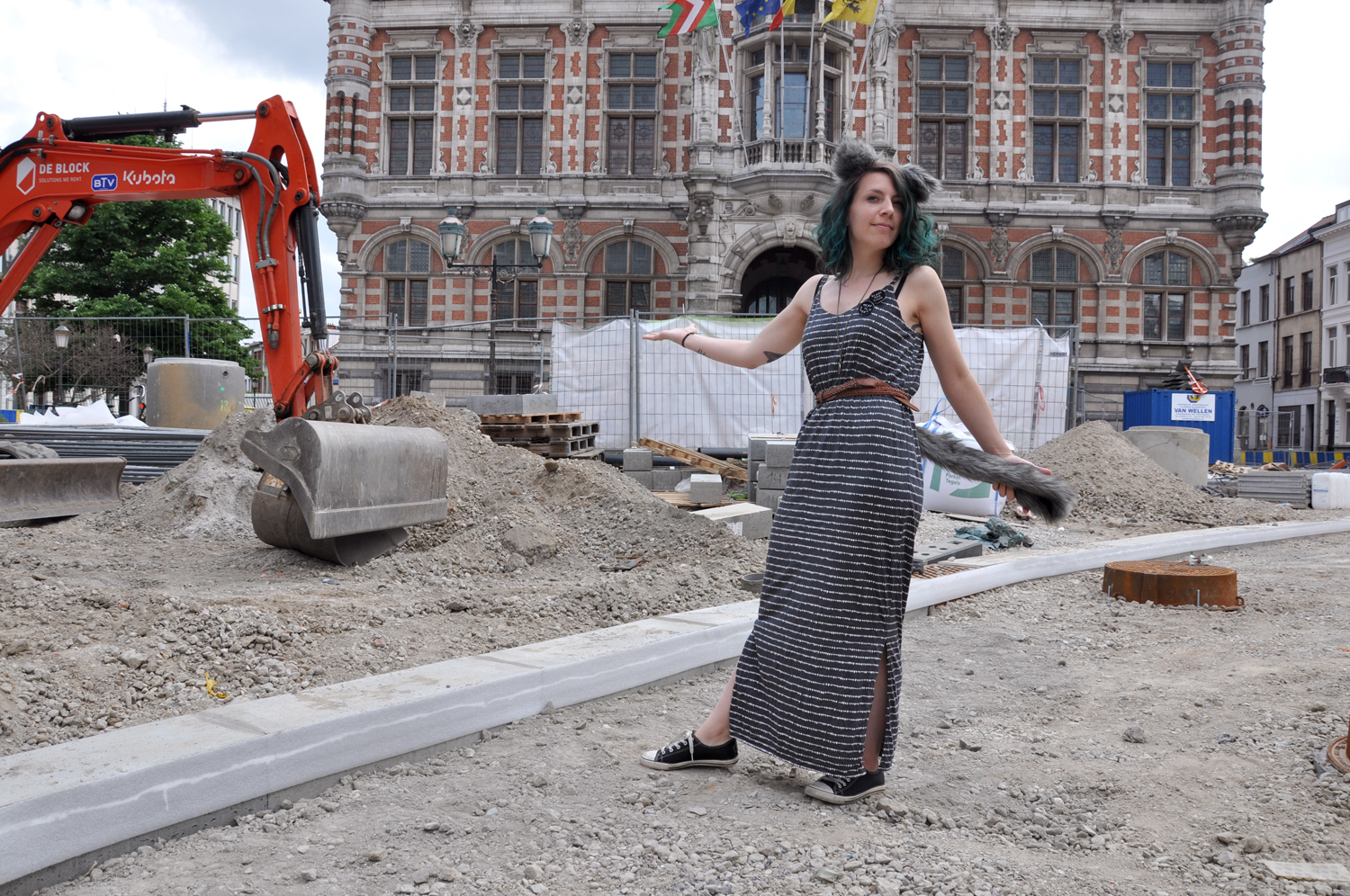 I didn't have that much time to make my costume and didn't think it would be a good idea to cover myself in fur since it was going to be warm, so I kept things simple. I had some grey faux fur around that was made into ears and a tail, which were attached to a headband and a belt. 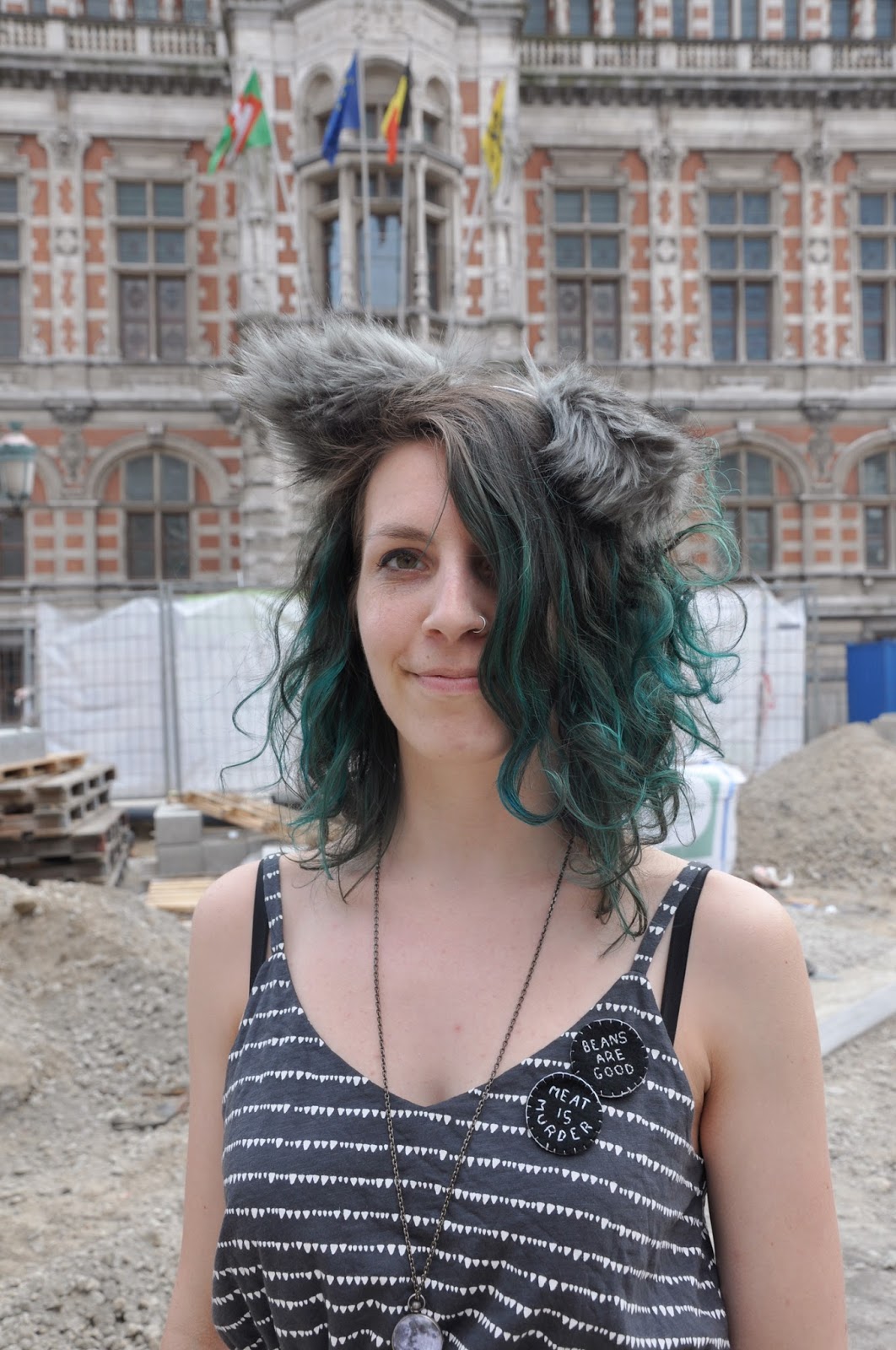 I combined those with a full moon necklace I already owned and embroidered some felt brooches to show my veggie werewolf feelings. Most people thought I was a rabbit of dog, but I can't blame them for that!

I think this will get worn a lot this summer, maybe without the ears and tail. I have some gorgeous linen jersey lying around, so I could even make a second one!
Gepost door Anneke op 09:29 Geen opmerkingen: