I'm Going On An Adventure!

So I'll need a nice backpack!

Not really. But I wanted to make a backpack for a while. I'd been looking at patterns, but everything I found looked very... homemade? I wanted something really sturdy and functional, something I could really carry around all day, even with my terrible shoulders. There are some patterns for roll-top backpacks out there but I don't really like the look of those. I toyed with the idea of drafting my own but got a bit overwhelmed with having to figure the whole construction out and sourcing the materials as well. Then I stumbled upon Niizo bags. They had patterns for bags that looked very professional, and they sold kits that included everything! I thought it wouldn't hurt to have some extra handholding when dipping my toes into something new, so I bought the Be Strong backpack kit in black. And here it is: 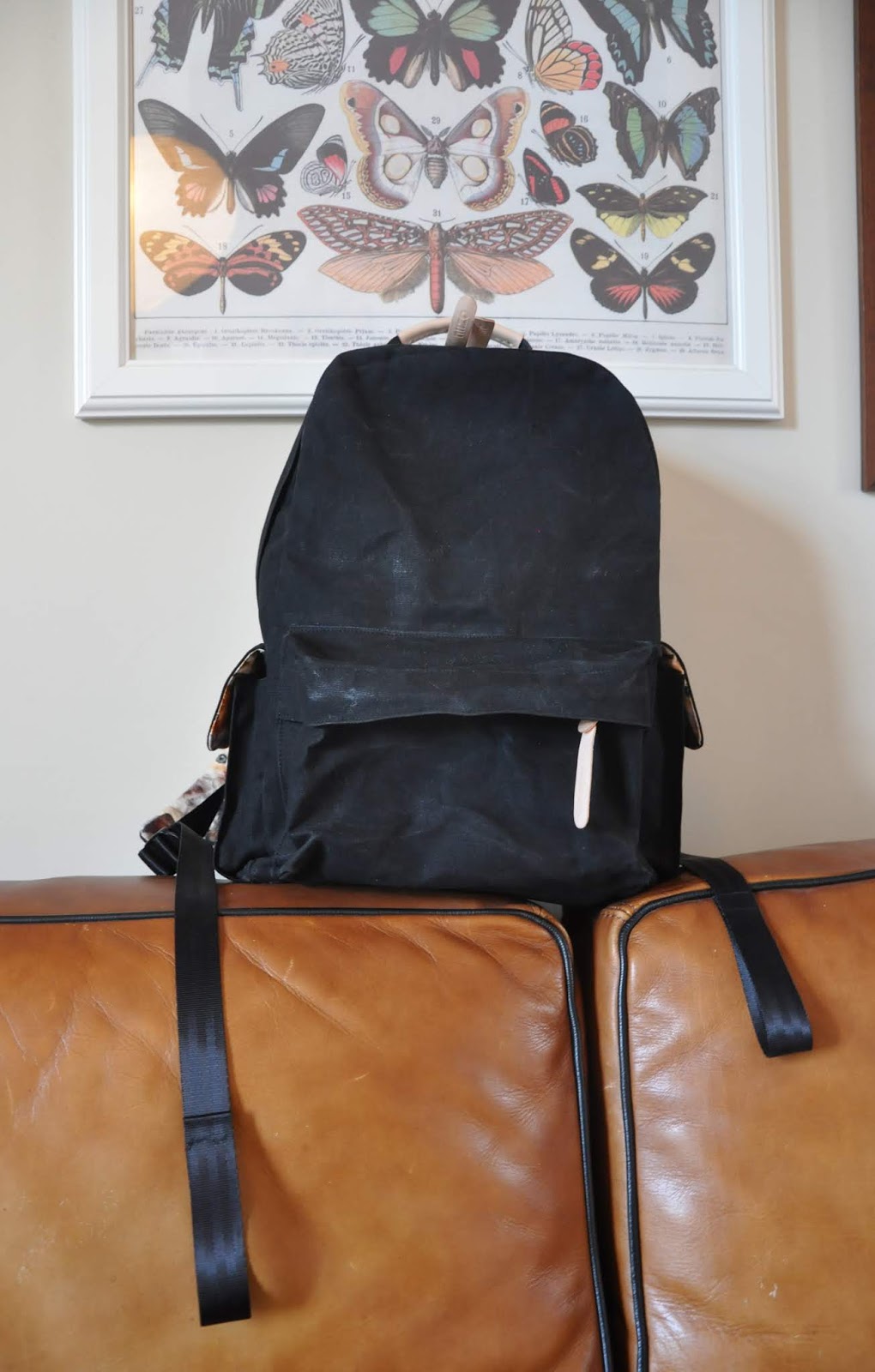 I was pretty impressed with the kit when it arrived. Everything was nicely packaged and labeled, so there was no confusion. I had already downloaded and printed the pattern, and cut everything out in one evening. The instructions tell you to mind your fabric layout since the quantity you get is only just enough, and they were definitely right! I cut everything on a single layer and paid very close attention to how many pieces I needed of each pattern piece. I did goof up once when I forgot to cut a second lining piece for the body of the bag, but that was easily remedied by piecing two pieces together. 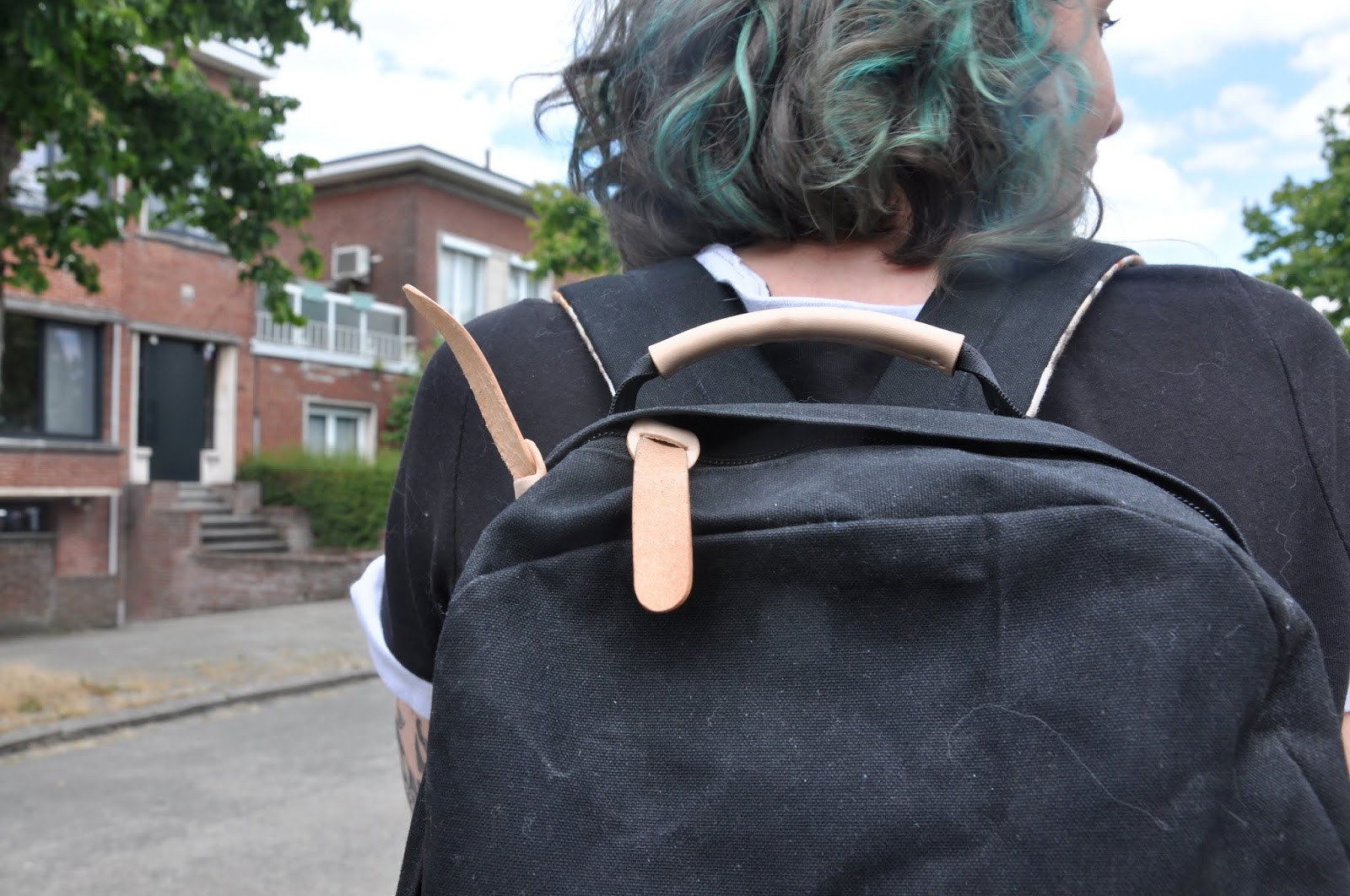 This whole thing came together much quicker than expected! I basically put it together in two afternoons/evenings. I did follow the instructions word for word. Bag construction is really new for me and while the techniques themselves are not complicated I had to pay close attention so things didn't go together the wrong way! The finish on this bag is pretty impressive. It's fully lined (with loads of interior pockets) and the only seam that's on show is enclosed in a binding (which I attached by hand because the thought of putting the whole thing under the machine again and stitching that binding neatly was too much)


I was a bit worried about how my sewing machine would handle the heavy canvas, but it wasn't that big of a deal. There was a bit of protest on the very bulky parts, but I didn't break a single needle! The trickiest bit was sewing the body of the bag together, when the entire thing has to move underneath the machine. The canvas was so easy to work with, it's a waxed fabric so you can actually finger press it in place and it holds a crease so well. 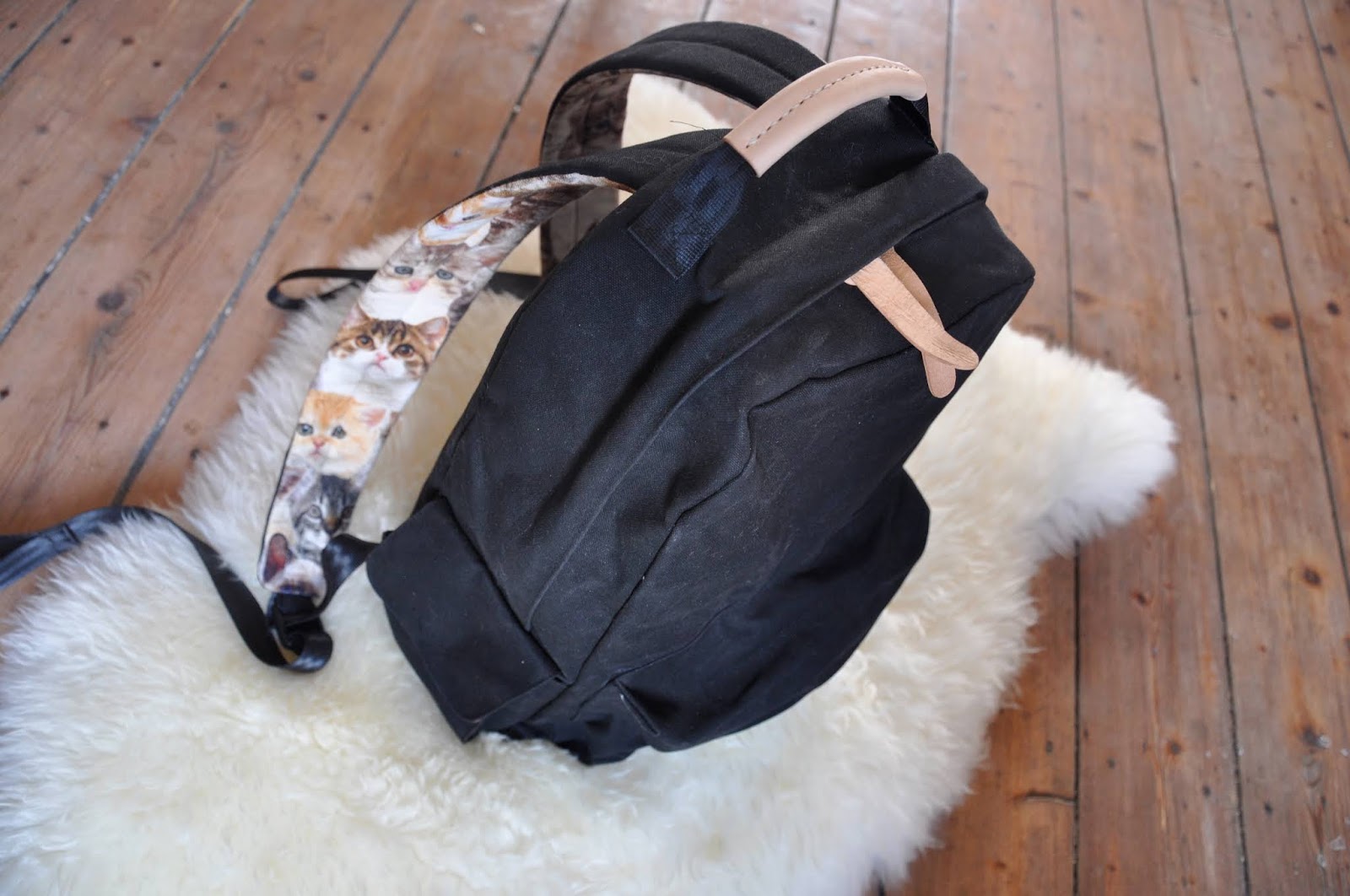 I made one change to the bag, as you can see here. The kit came with a red and white polka dot fabric as a contrast for the bottom of the straps and the inside of the pocket flaps, but that didn't really feel like 'me'. So instead I dug out this kitten print canvas I once got in Leipzig and used that instead! If I'd make this again (probably not anytime soon) I would either use a matching fabric for the bottom of the straps or make the top pattern piece a bit wider so the contrast edges don't really show, but that's just me being nitpicky. 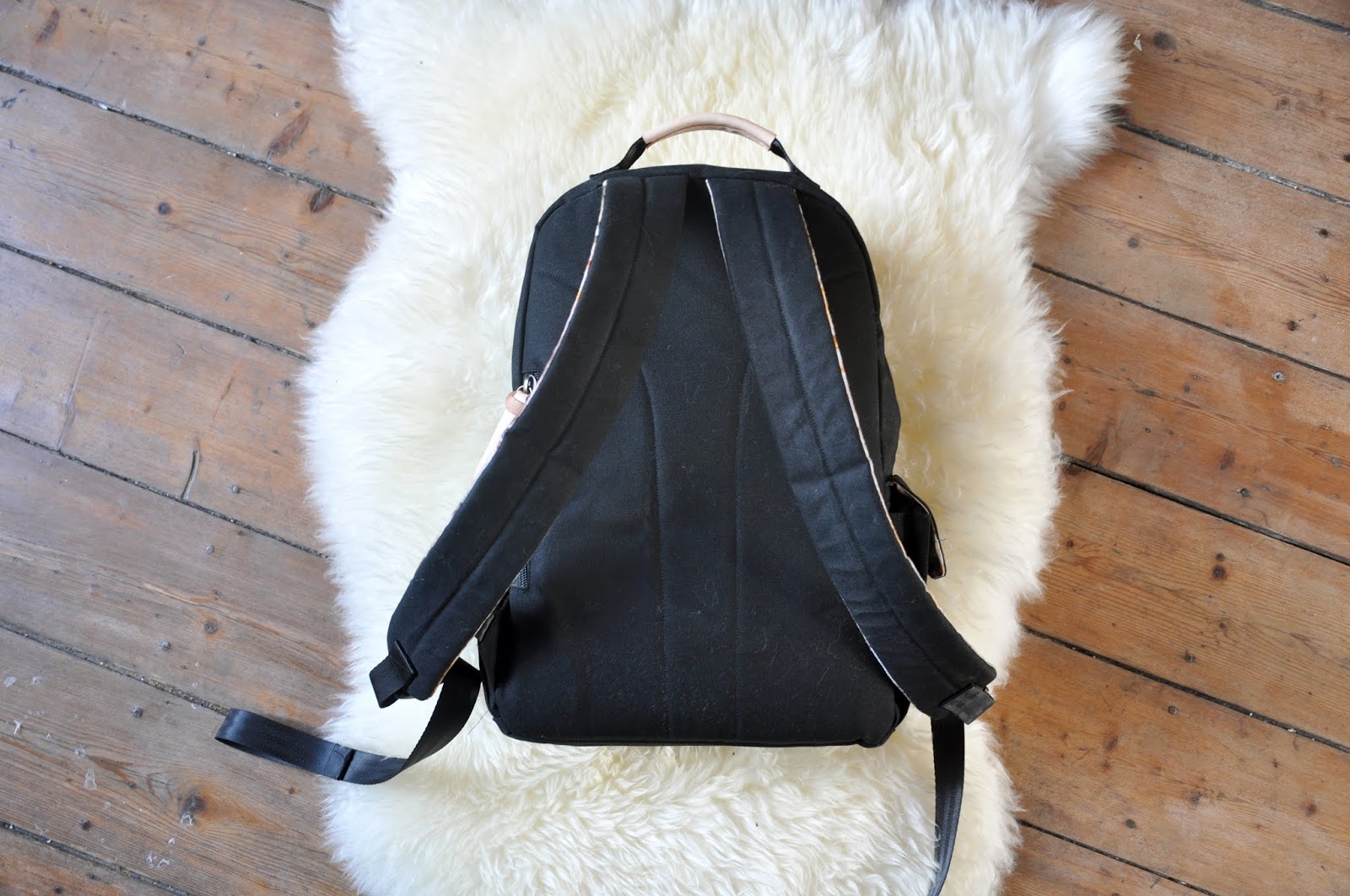 My favourite part might just be the back. The foam makes it nice and sturdy and very professional looking, and the small zipper pocket in the side is so handy and neat-looking.

I took this bag with me on a daytrip to Amsterdam and it did great! I'm curious to see how it will hold up, but I'm having high hopes!
Gepost door Anneke op 08:42