Don't Swear! What Are We?

What do you do when you make something as a wearable muslin and it ends up kind of meh, imperfect and bland, but too good to just throw away?

Put some paint on it of course. 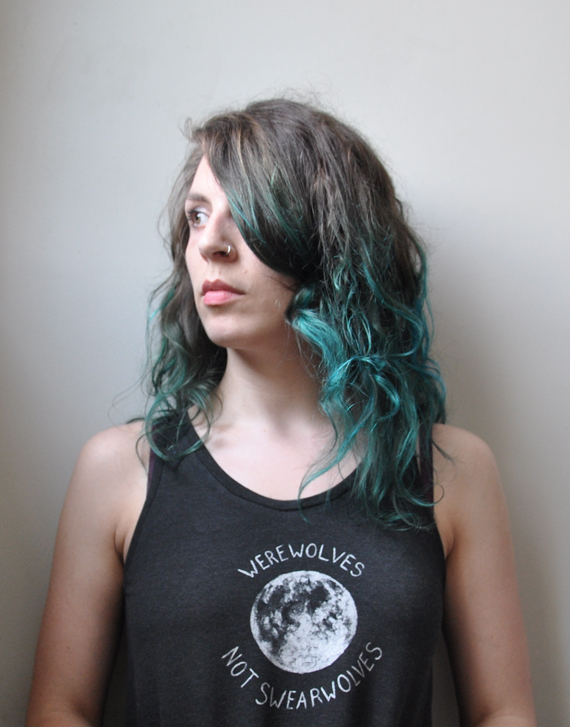 I currently have two t-shirt patterns that work really well for me (I've been using the Nettie pattern quite often, never as intended, but never blogged about those t-shirts because they're mostly black and boring. The other one is the modified Renfrew I've posted about twice before) but I would like to have a good basic tank pattern as well, since I don't do well with heat and just want to wear sleeveless things all summer. This is a first try, a copy of a tank top I already owned in a cheap grey viscose jersey. It's wearable, but there are a few issues. 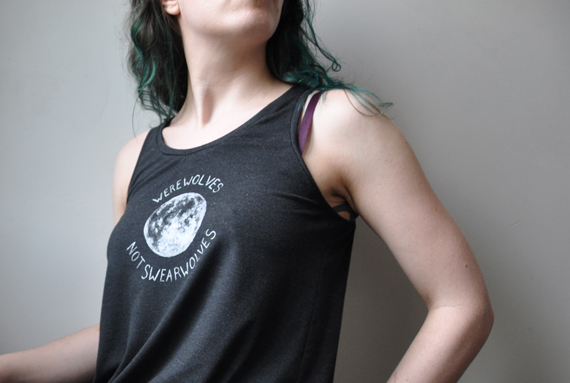 The main issue is that I feel like the armholes and neckline are too high, which I'll try to fix on the next try by lengthening the straps a bit. The binding is also a smidge too short, but that might have been this particular fabric (which had less stretch than what I'm used to with these types of jersey). I do like the overall shape a lot: fitted on top and flared out towards the bottom, with a curved hem I couldn't photograph at home. Next time!


After finishing this I knew it wouldn't really get worn as it was, so I got out my fabric paint and added one of my favourite movie quotes of all time. This took maybe half an hour to do by the way, I cut a round stencil for the shape of the moon and sort of dotted the paint inside of it to get those craters going, and then freehanded the words (which kind of shows, woops!)

So there you go, a 'meh' thing that now makes me smile. This is why: