No I shan't! It's Christmas!

... Yeah, I know it's not. But I made this dress for a Christmas party with my family and only got around to taking pictures this weekend. So can we just pretend it's December again for a very short while? 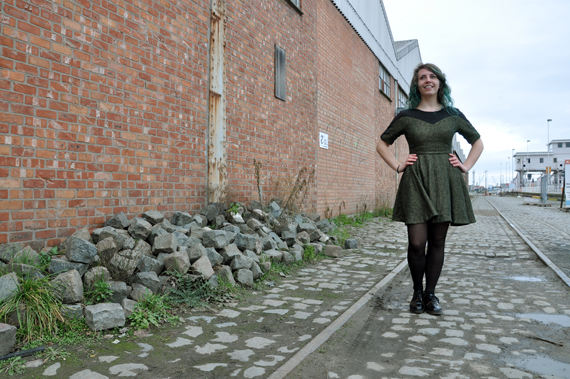 The pattern is the Leotie midi dress by Named, with a few modifications. I had made this dress once before (unblogged) without making a muslin first and remembered being a bit confused about the darts and ease in the waist. The line drawings show darts in the front and a plain back, but the pattern instructions say to stitch the darts in the front and the back. There were no back darts on the pattern pieces so I didn't put any in, but my first version ended up so roomy around the waist it made me wonder! I e-mailed the ladies at Named to ask about this and they told me it was a mistake on their part- the pattern had back darts at some point in its development and they forgot to take that step out of the instructions. They also told me that the dress is supposed to be semi-fitted at the waist. 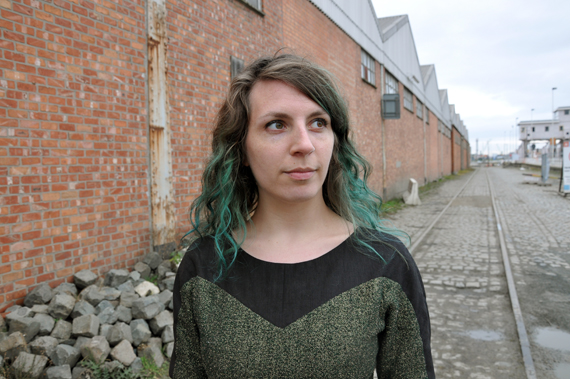 I prefer my 'fitted bodice, flared skirt' dresses to be fitted though (otherwise I feel it makes me look super boxy) so I took some room out of the side seams. I also remembered to shave down the shoulders by a few cm, as they are very square on the original pattern. I'm talking linebacker here! 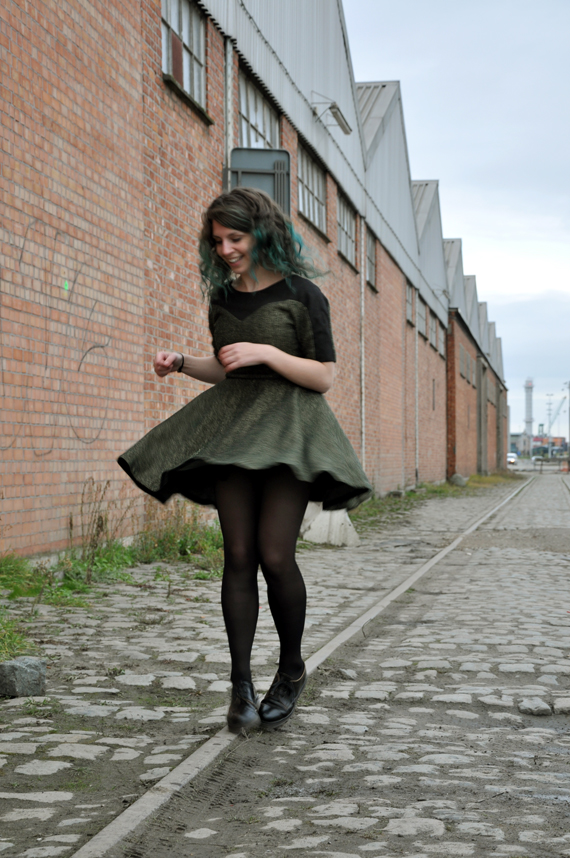 I also added a circle skirt instead of the gathered skirt included in the pattern. The main fabric is an amazing green wool-viscose mix with gold sparkles that is being treated very unfairly by the camera, it's gorgeous in person! I got it on my trip to Mood with Ginger Makes and Oonaballoona the last time I was in New York, and it took me over a year to muster up the courage to cut into it. The fabric is pretty roughly woven, a bit like a finy bouclé, so gathers would get super bulky. Thanks to the contrast yoke and sleeves I managed to squeeze this dress out of 1,5 yards! Also: twirly! 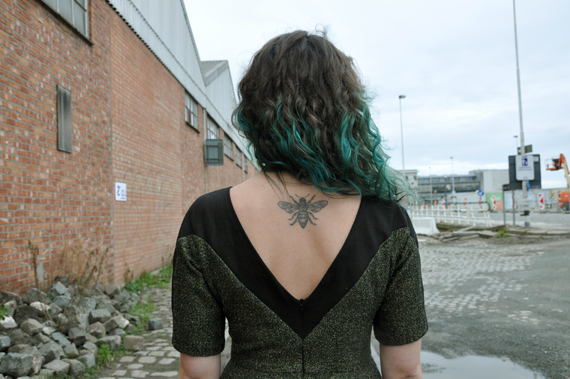 My very favourite feature is the back. I like the lines of the yoke in the front, but I love how they flow on the back, with that deep v that is just high enough to not show any bra stuff. I'm also pretty proud of how well the zipper matches!

Sewing this was a breeze. I have made two other Named patterns before and in my experience they're really well drafted and executed. I was told the mistake would be removed from the pattern instructions, so that should definitely be solved!
Gepost door Anneke op 10:35