I will talk about my travels, Sorry not Sorry.

Hi everyone! I'm back! And there's going to be tons of pictures in this post (and the next one)!

I had this crazy idea about blogging while on vacation, but of course I was way too busy having fun to keep you all updated. We did manage to photograph two projects on the road, and today I'll share the first one (along with some pictures and a travel report, obviously).

Also, hi to all the new followers! Hanne gave me a lovely mention in her guest post on Closet Case Files, and it was great to come back home to such lovely reactions!

So, on with it! Our trip was three weeks long and I didn't really want to bother with washing clothes on the road, so I needed a few lightweight pretty dresses, and quickly! The Kielo wrap dress from Named had been on my mind since its release, but I never thought it could work on me until I saw the version made by the aforementioned Hanne. I traced the pattern, cut and sewed two versions in one day, and this is number one! 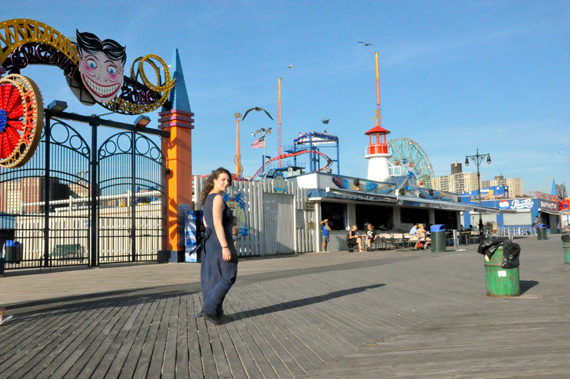 This was intended as a wearable muslin, since I wasn't sure about how it would turn out. The pattern itself is super easy, just two large pieces and two ties. It's fairly loose-sitting (as it should be, since you have to pull it over your head!) but there are two bust darts (coming out of the armpits) and two fisheye darts in the back to give some shaping. 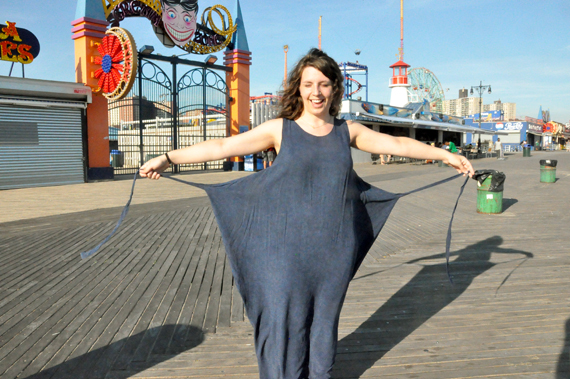 It looks pretty funny when it's untied, kind of makes me feel like a manta ray! The fabric is a cheap viscose I picked up at a local fabric outlet some time ago. It was labeled as cupro and has a slightly matte, almost peachskin like texture. It works really well as a summer dress! 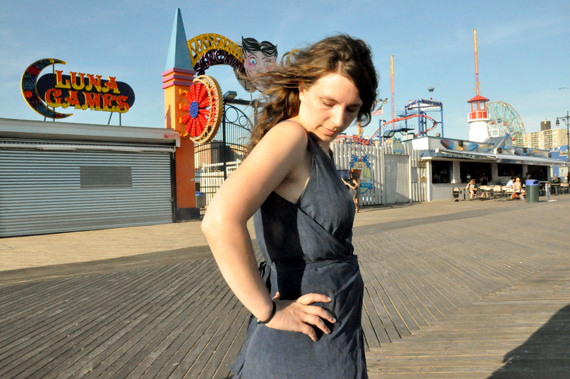 I experimented with a few different ways to tie it and found I prefer the bow to be in the back. This dress has all the niceness of a wrap dress with the added benefit of there being no danger to expose yourself if it came undone! I've been untying myself several times a day to show people how brilliant the construction was. 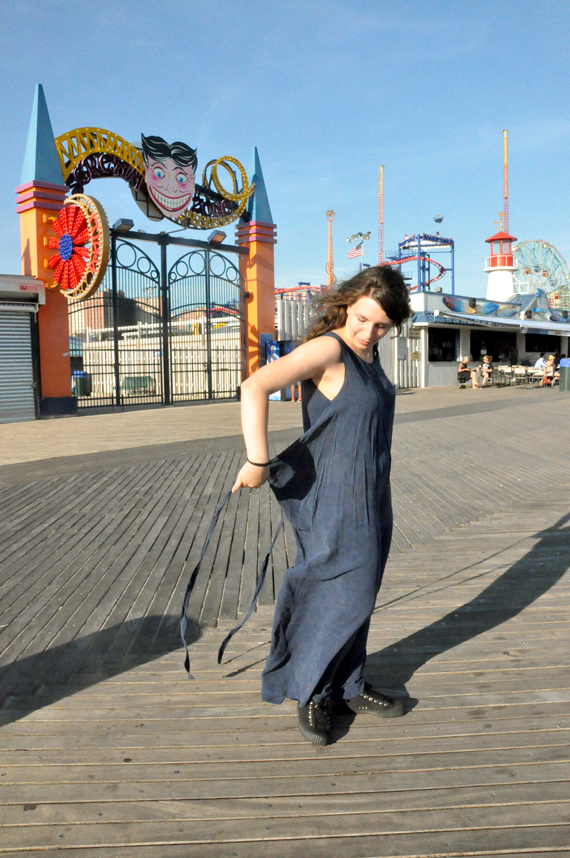 The only 'problem'  found is that the underside of the wrap part shows quite a bit when it's tied, unless I press the hell our of it before wearing. It doesn't really bother me though, and I'm not sure if there's anything to be done about it.

Now on to our vacation! We started out in New York, to revisit old places and friends. I managed to meet up with these two lovely ladies and had a blast going through the fabric shops: 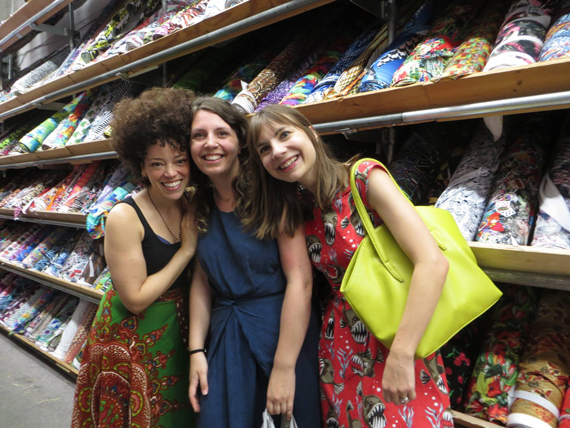 We spent four days in New York and it was lovely to be there again (longtime readers might remember the first time I went there and the pictures we took then in exactly the same location). There was a bit of a bad start since I pulled a muscle in my back upon leaving the airport and spent the first afternoon flat on the bed, crying in pain and hoping it would be over soon! Thankfully I was able to walk around by the next day and almost completely fine by the time we had to take a plane again. We spent most of our time strolling around and looking at things: 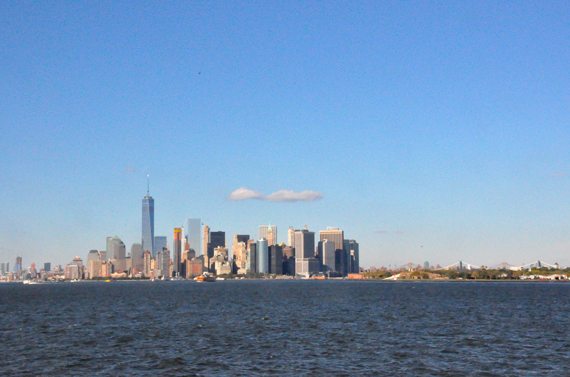 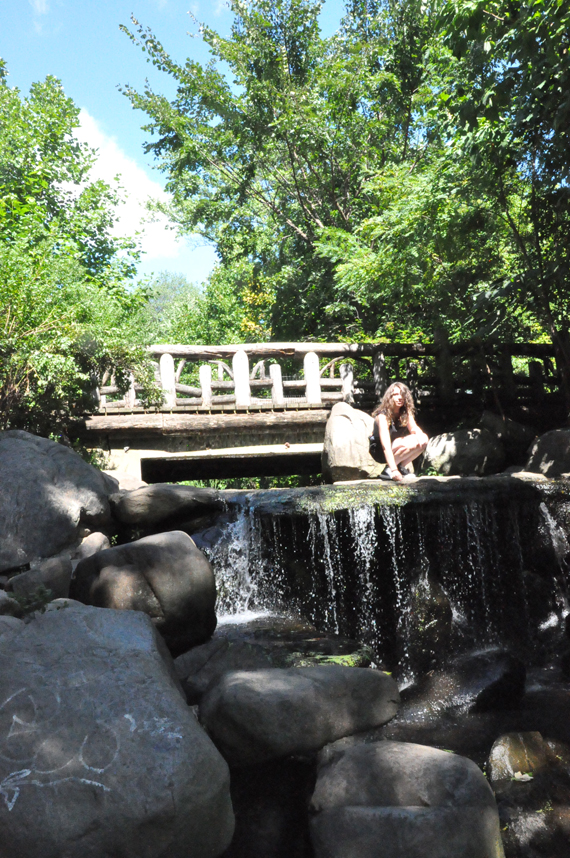 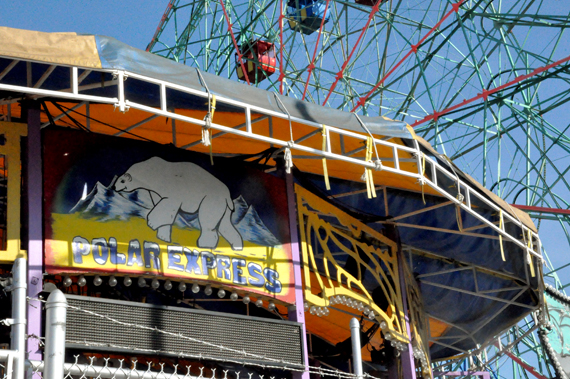 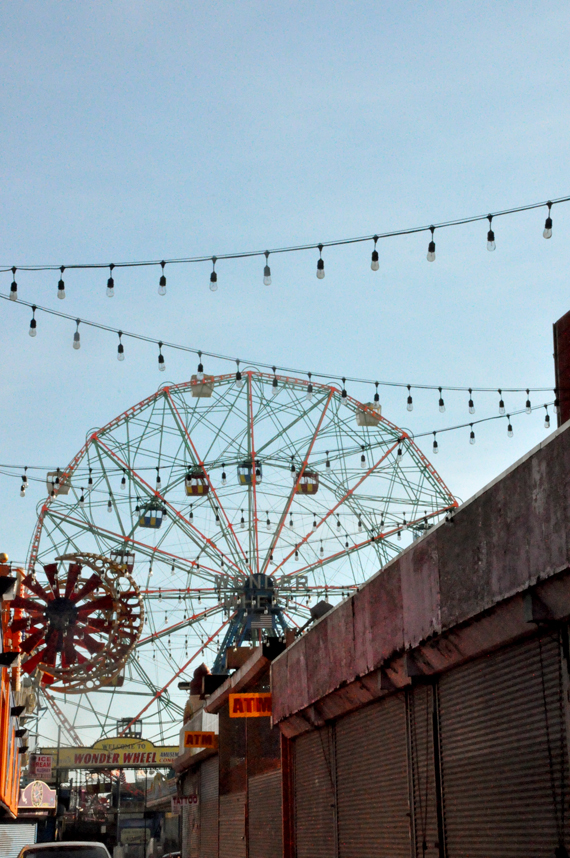 After that, we took a plane to Vancouver, Canada, to visit my cousin and her husband. They moved there ten years ago and I was super stoked to see them again! We also met up with Tasia to see some fabric stores (they have a store with just buttons!) and had some of the greatest food ever. 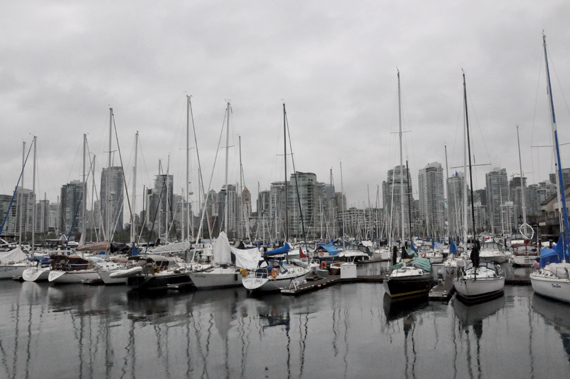 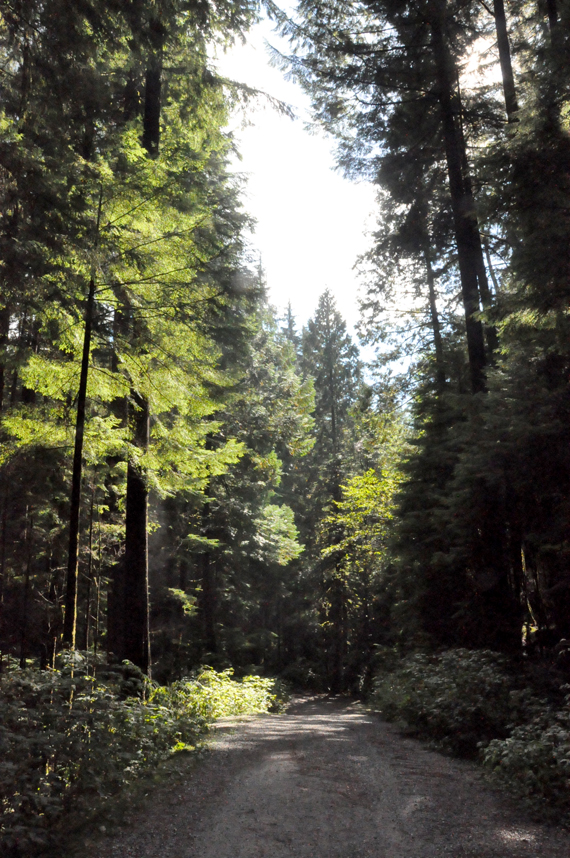 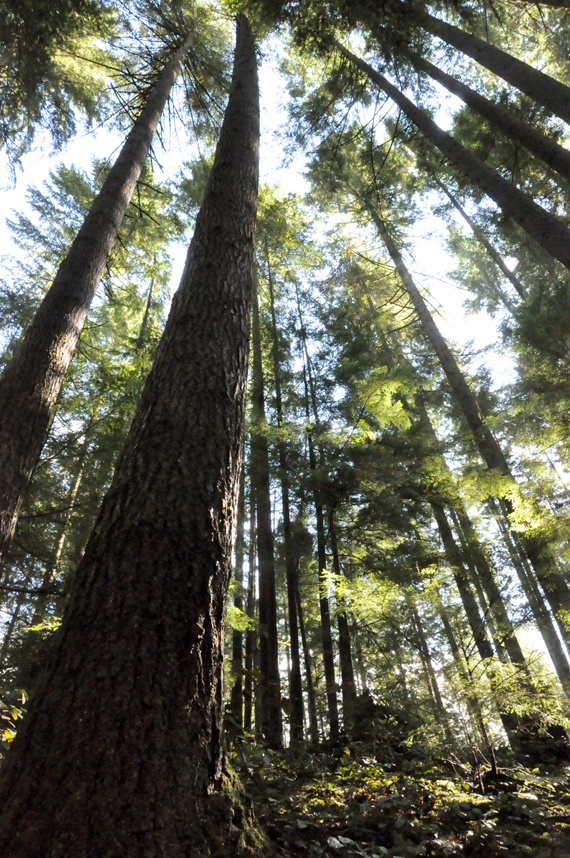 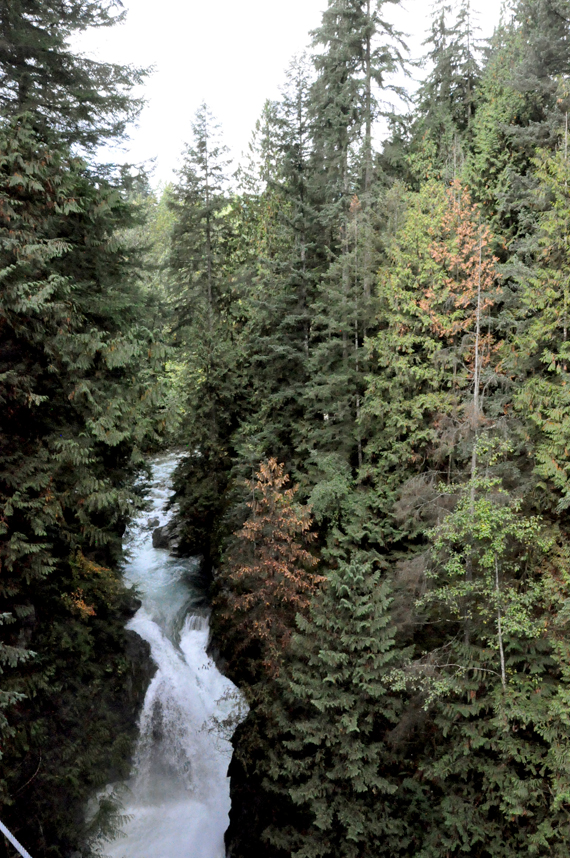 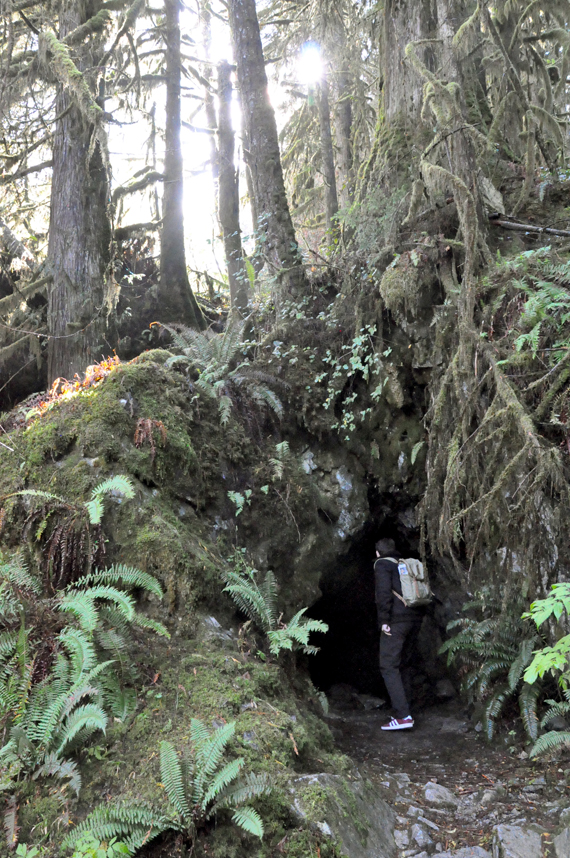 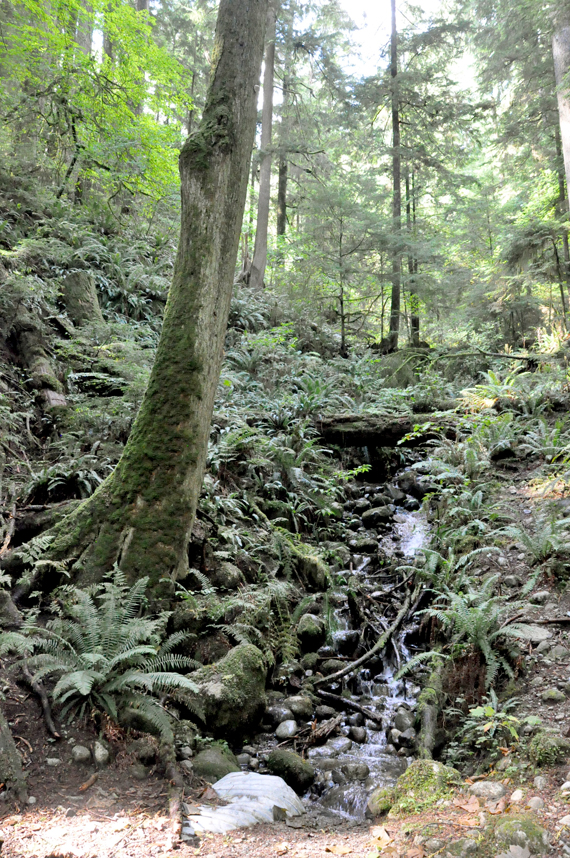 I liked the city of Vancouver, but was even more impressed with the nature surrounding it. We went to visit Lynn Valley park one day, and even though we were terribly unprepared (realising at the start of our walk that we had no food or water on us and didn't even know what to do in the event of BEAR) it was amazing (eating a cinnamon bun the size of my head afterwards definitely helped)! 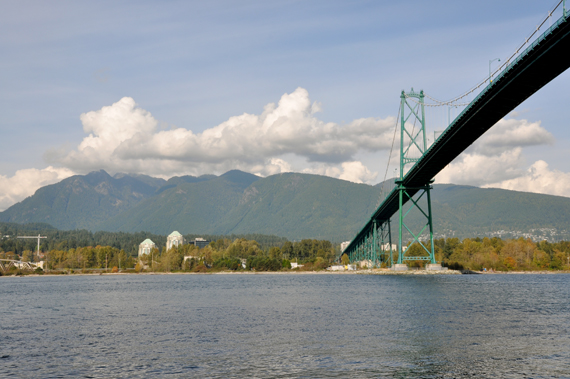 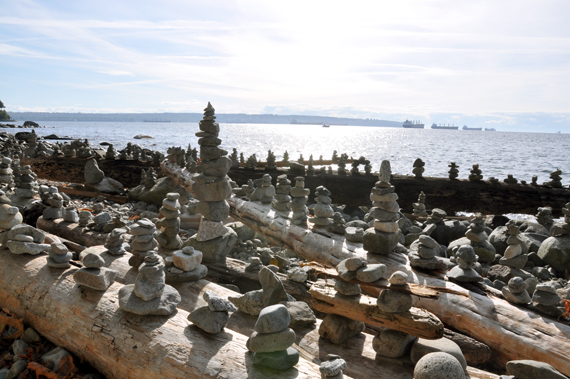 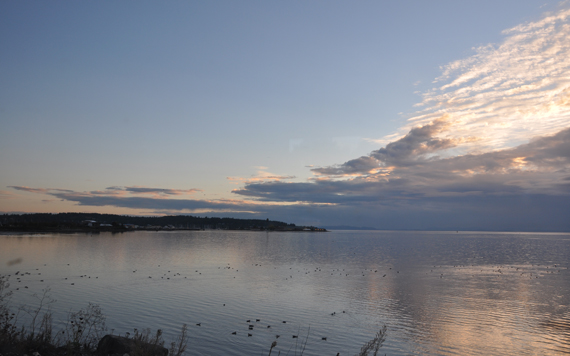 We also borrowed some bikes off my cousin and cruised around Stanley Park. I'd definitely recommend doing this on a bicycle, since it's way too big to do on foot (I'd have given up about halfway through). After a few days with only minimal rain we took a train to Seattle, and were baffled by the views. The Amtrak goes right by the water for a good chunk of the trip, and at one point I punched my boyfriend in the arm because there were two bald eagles chilling on a tree in the sunset while a whole bunch of herons flew by. Magical.

Stay tuned for another project and some pictures from Seattle and Portland!