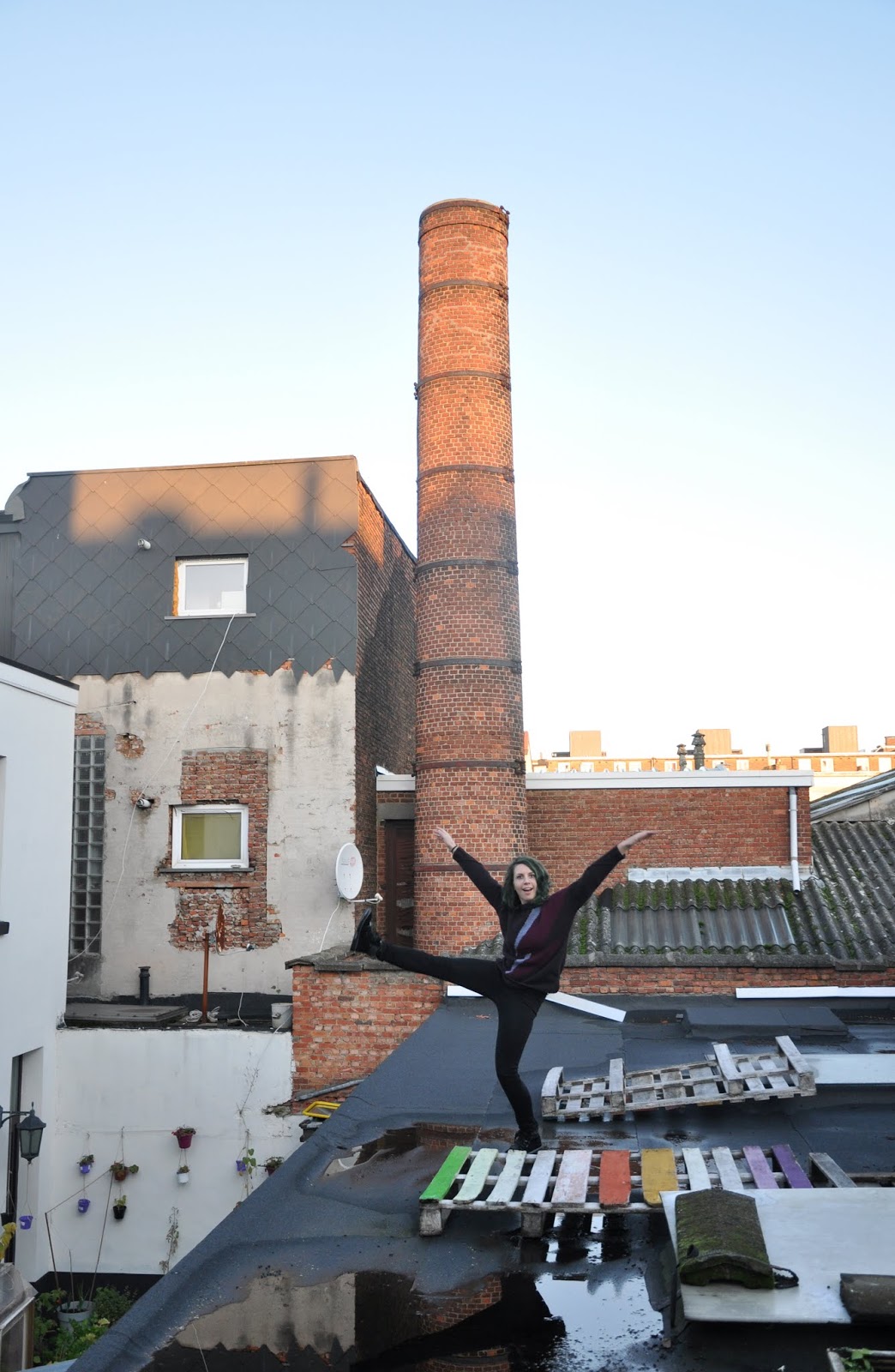 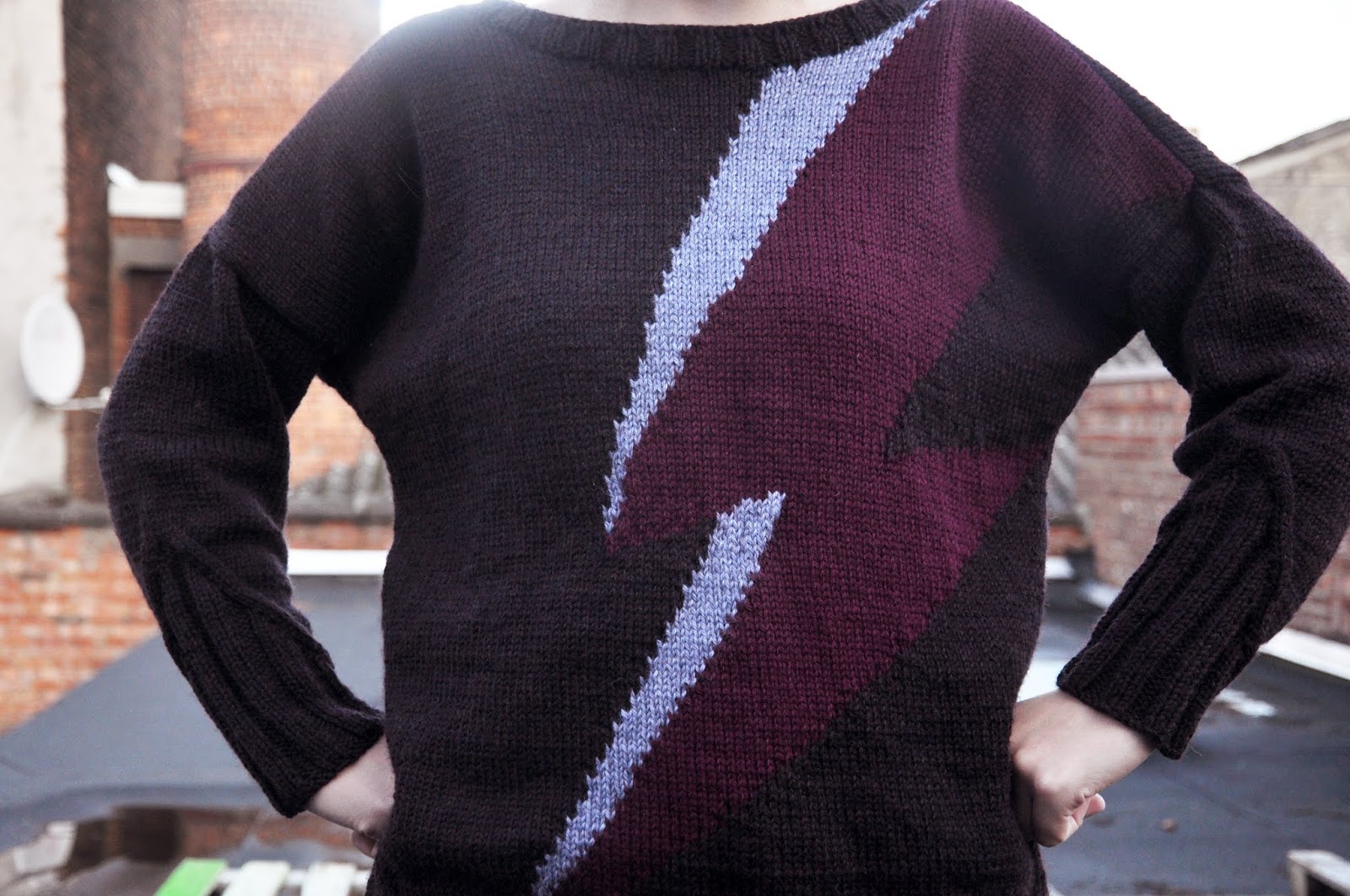 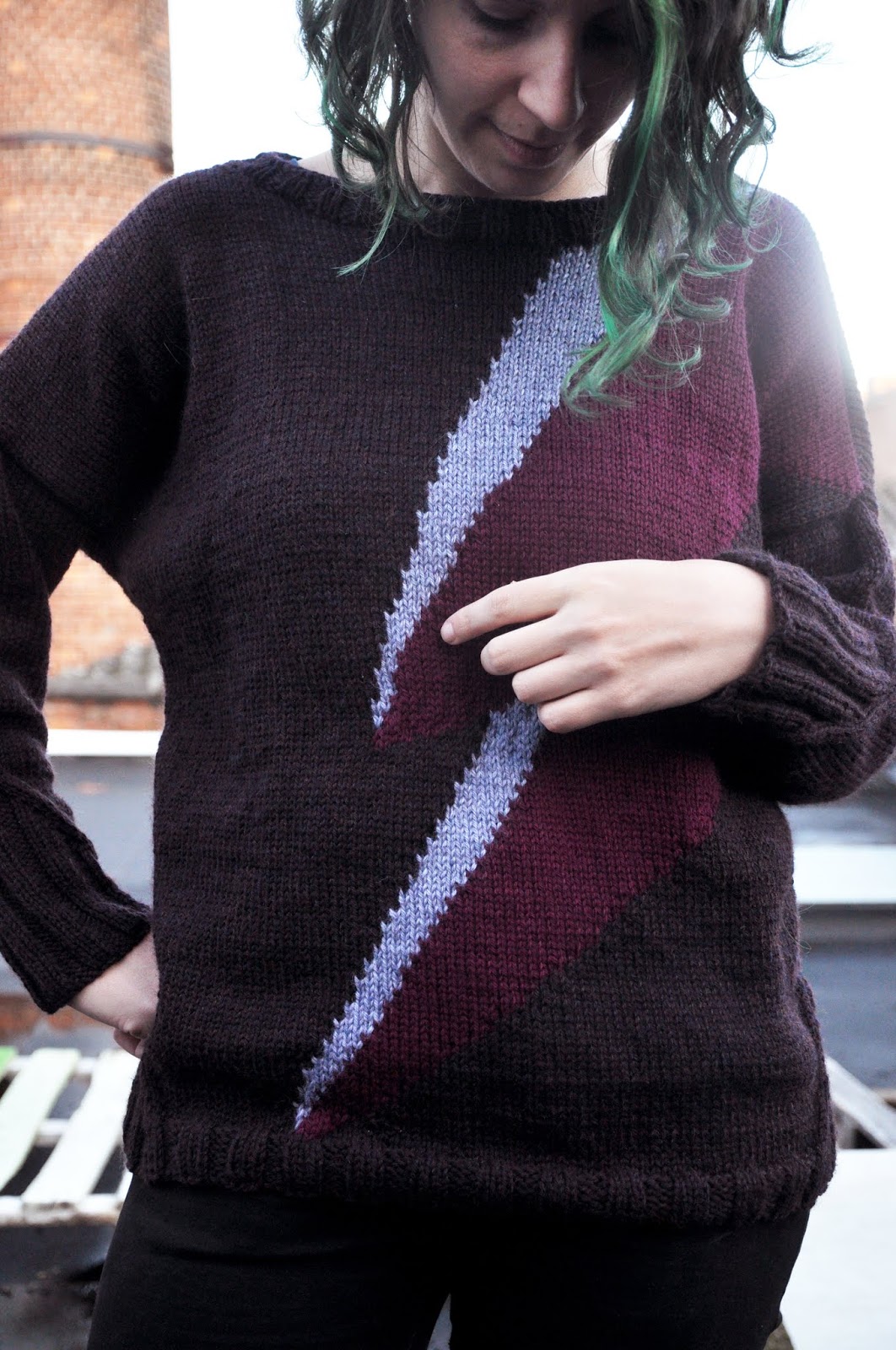 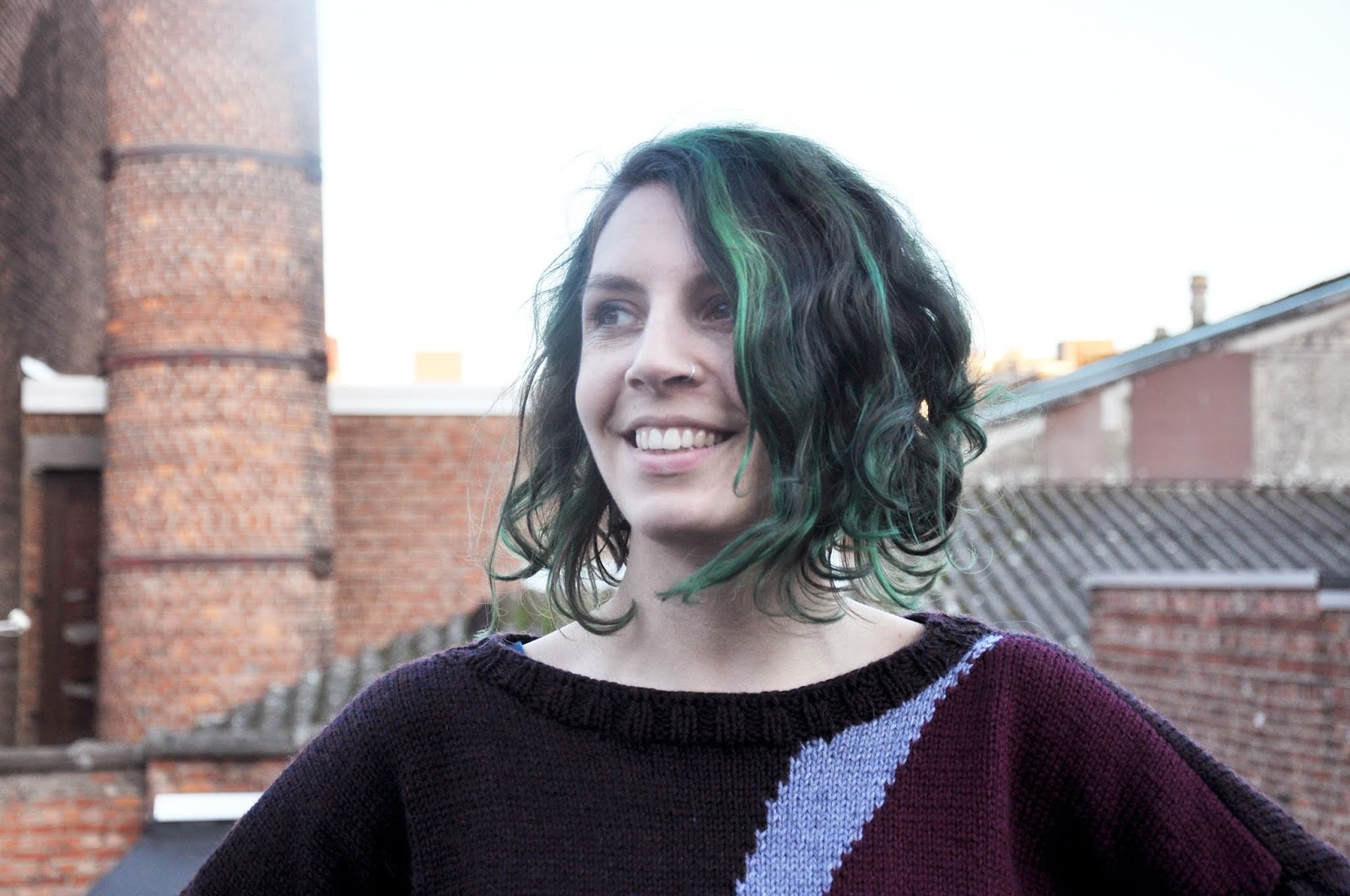 This sweater knit up surprisingly fast, and I feel like I learned a lot from something that looks pretty simple! I'm definitely not as afraid of intarsia anymore. I'm pretty short on knitting time these days though, with a new job and (gasp!) school work and other things. But there is some pretty interesting sewing going on!
Gepost door Anneke op 01:55