As I said in my previous post, I've been sewing a bit, but haven't found the time or opportunity to document things! So when I wore this dress to Hanne's baby shower I grabbed my chance and asked Lieke to take some pictures while I was pretending to be a forest goblin. 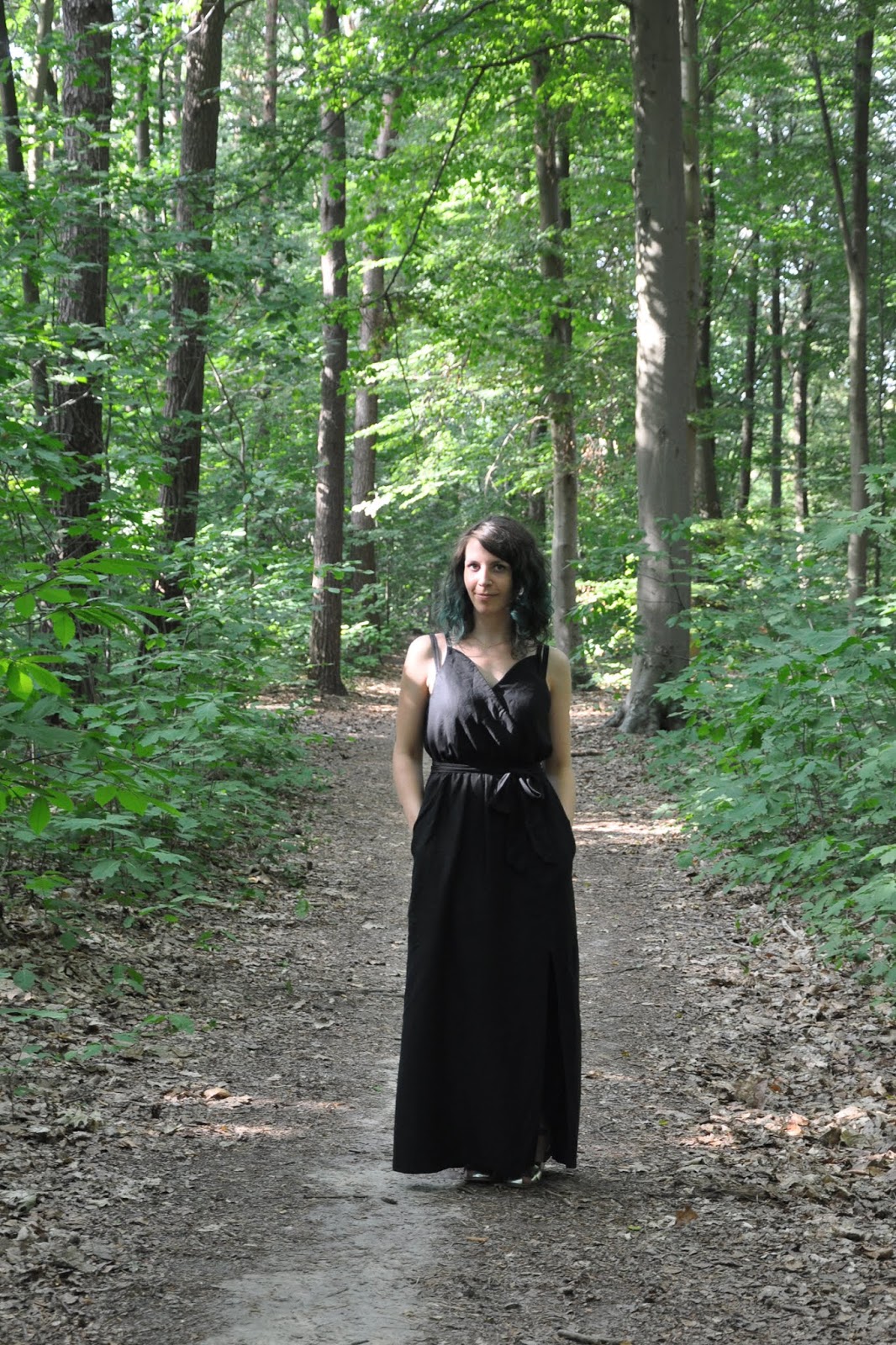 This is McCalls 7591, and a rare foray into Big 4 territory for me. I often tend to dismiss these patterns and it's not necessarily because of the sizing issues (measure your pattern pieces people!) but mostly because these aren't readily available in stores here... Burda is a bit more common so you can browse a catalog (but the catalog styles are often a bit too boring and conservative for me) but the only way to get these patterns is by looking at tiny pictures of them on a website, and I sometimes feel like I'm missing out on some gems that way.

Eleonore alerted me and some others of a sale on McCall's patterns, so I made the effort to take a look and thought this would make a really good slightly fancy summer dress. I was determined to make the maxi length in some black viscose twill from the stash and did not let the 40 cm I lacked according to the pattern envelope deter me! It took some INSANE pattern tetris but I made it work.

I had measured the pattern pieces beforehand and thought it would be fine (since the fit is very forgiving) but when I tried on the bodice after it was almost entirely assembled I noticed something weird: the fit in the back and across the bust was really good, but there was so much extra fabric in the sides the underarms drooped down and my entire bra was on show. This was easy to fix by taking some out of the side seams, but I wonder who this was drafted for. Very flat and very wide people? 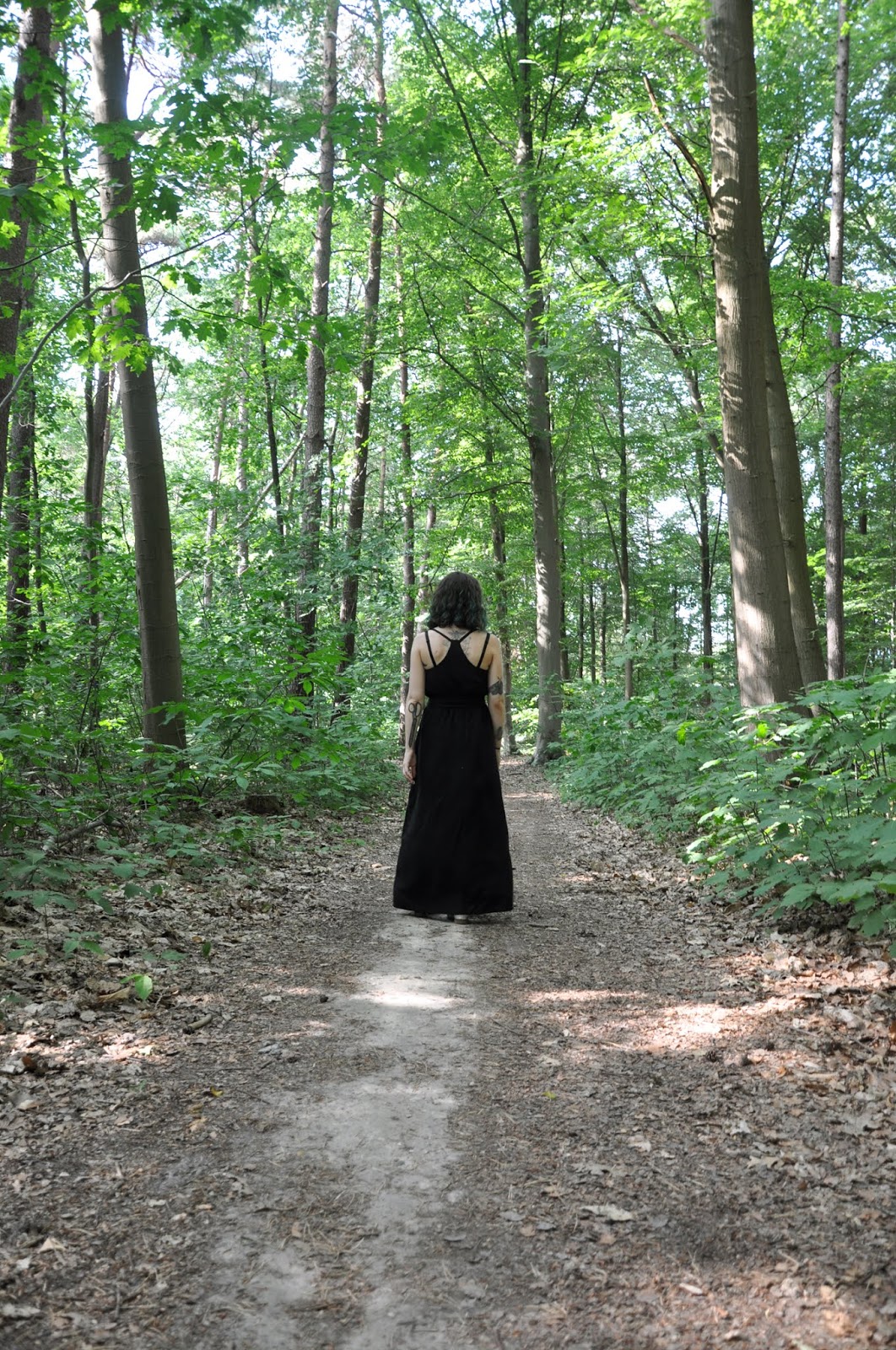 Sewing was pretty uneventful after this minor adjustment. I added inseam pockets because I hate myself if I don't, and hemmed everything by hand for a clean finish. The instructions tell you to sew the waist seam and sew a second line of stitching near the edge to create a casing for the elastic, but I though it would get bulky and weird if the casing could just move around so I sewed the waist seam and topstitched it down instead. If I make this again I'd definitely increase the seam allowance and make a wider casing, since the very narrow elastic the pattern tells you to use doesn't feel substantial enough to really cinch in the waist. 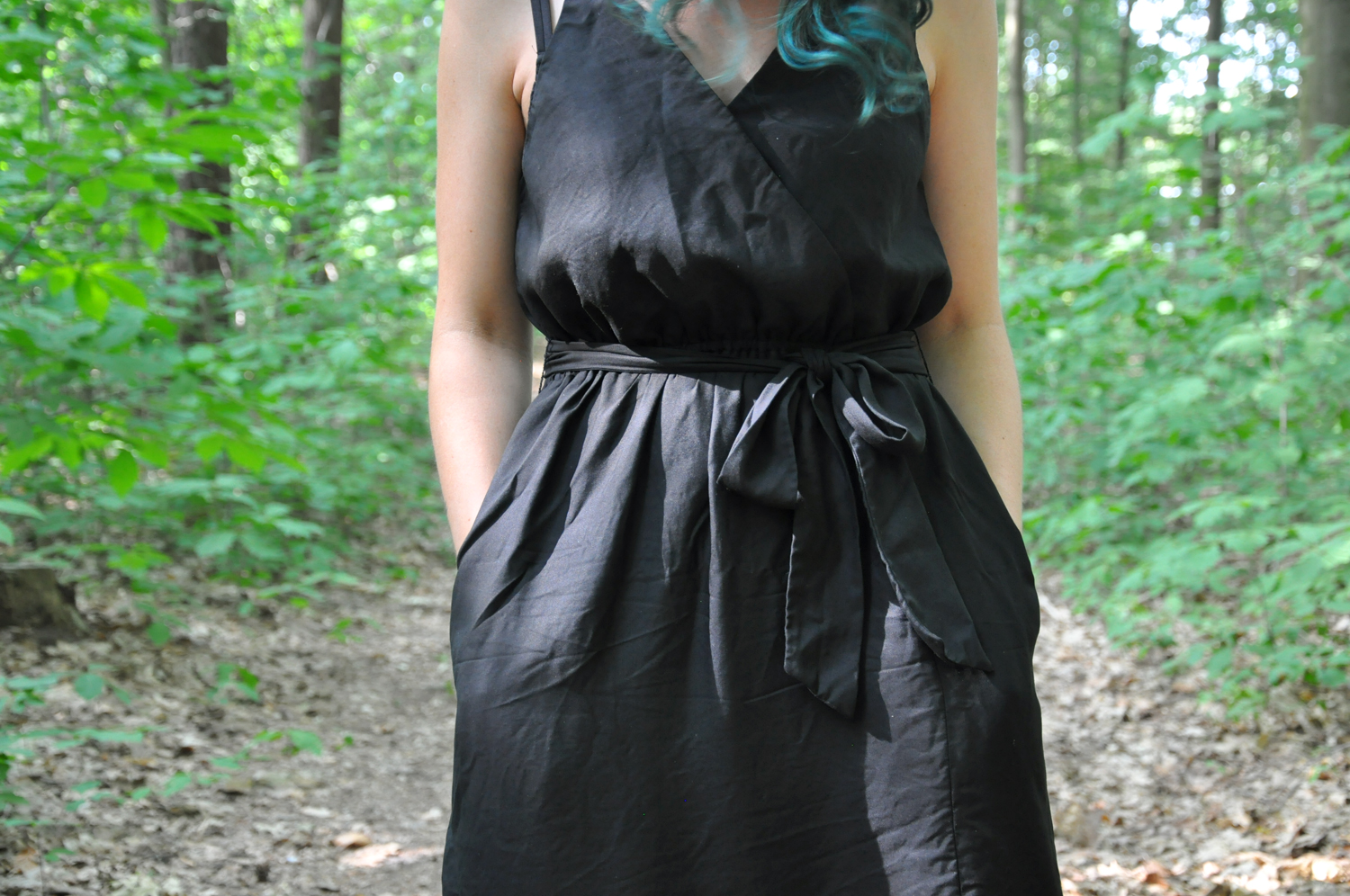 I managed to cut every piece, including the self fabric tie, and I'm really happy I did because it makes everything look way nicer. I still have to add a snap on the wrap part in the front to keep it from gaping, but a safety pin keeps things decent for now!

I like this dress a lot but I'm not sure if I'll sew it again anytime soon, there's not really a suitable fabric in my stash right now and I have a lot of other projects planned! There are quite a few new patterns in my life at the moment and it's all very exciting.
Gepost door Anneke op 11:29