Don't blow things out of proportion. Or do. I don't care. 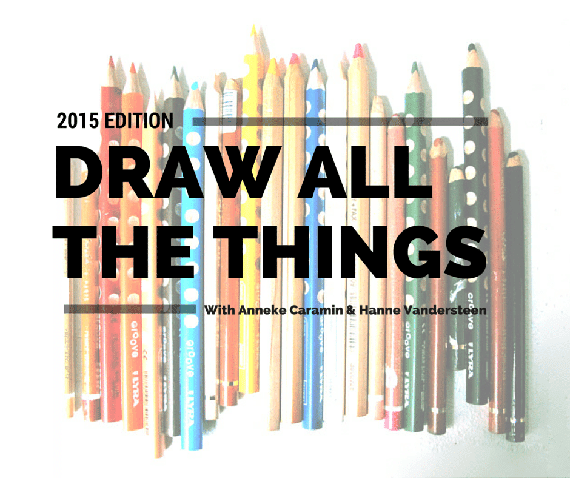 Alright people, today things will get complicated! Or not really. There will be skeletons and muscles and a tiny bit of counting and looking!

Have you ever tried to draw a figure and felt something was off, making things look awkward? Chances are the proportions weren't quite right. If you draw figures regularly you sort of develop a feel for it, but if you try to do this as a sometime thing I have a few neat little tricks to make things easier!

The key to drawing people (or animals) is to understand the basic structure that builds them. The shape of our skeleton and the muscles attached to it influence how we look on the outside. So if you know what a skeleton and basic muscle structure looks like, all those weird human curves make tons more sense!

Just a heads up: I'm talking super general here. This is what the 'average' person supposedly looks like, but of course the majority of people won't be exactly like this. Everyone's body is slightly differently arrenged, but this is meant as a starting point to understanding how things fit together. 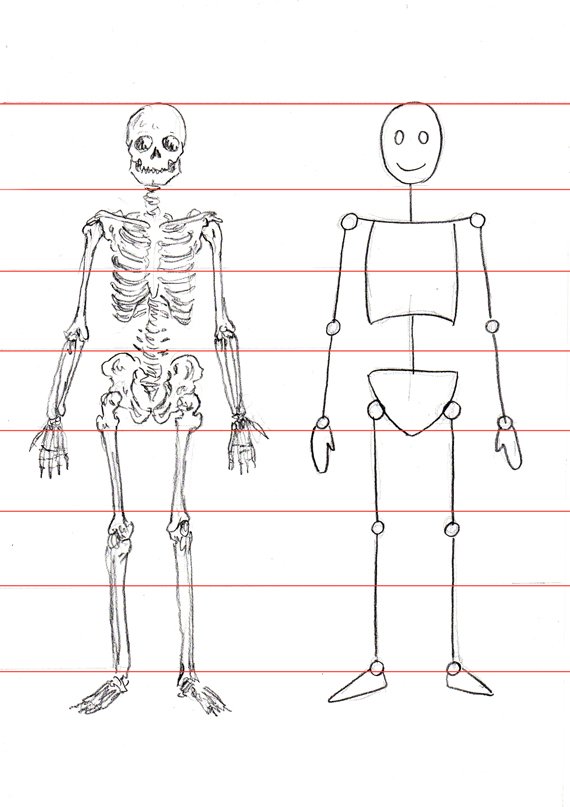 That's our basic, regular human right there. A lot of resources tell you a human is about eight of its heads tall, which results in a more streamlined figure, but I find that most regular people are around 7-and-a-bit heads tall. This means that the distance from the chin to the nipples is about one head, same as nipples to belly button, belly button to hip joints, hip joints to above the knees, knees to middle of shin, shin to ankles and then a bit left. I've drawn a rather crude skeleton here but you can see how the shoulders, chest and hips are shaped by our bones. If you simplify this basic structure, you get a nice little stick man with hips and a ribcage, and all you have to do is add muscle! Or a creepy smiley face. 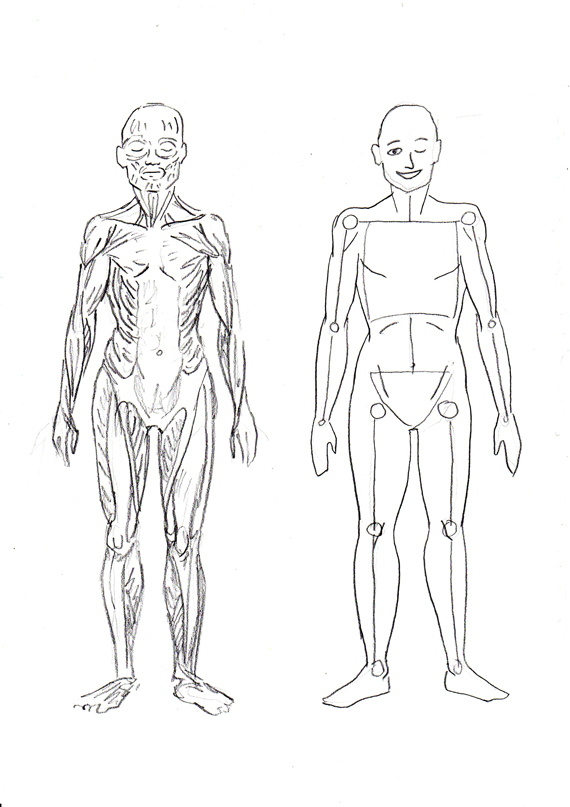 Speaking of muscle, this is what humans generally look like without things like hair, skin and fat. When you've drawn your stick man, you can add an outline of the muscles to make it look like a real human. I've always thought the best way to figure all this out is to look at people: compare diagrams of muscles with how your own body looks in the mirror. Get your partner naked to study them. Look at pictures of naked people on the internet. Maybe not at work, or at least tell your boss you're studying anatomy! This takes a bit of focus and practice, but once you get the hang of it everything suddenly makes sense. Trust me!

Next up: faces! Notoriously hard to draw, but they can bring a lot of extra character to a picture. Here's a weird bald head to make things clear: 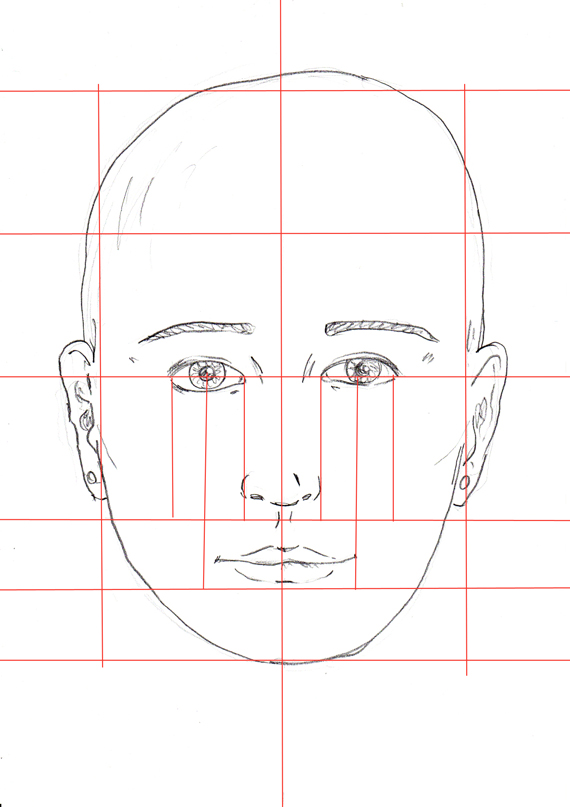 Again, a face can be divided into four equal parts: top of the head to right underneath the hairline, hairline to middle of the eyes, eyes to underneath the nose, nose to chin. The mouth is in the middle of that bottom part. A little trick to decide on eye placement: in general the distance between two eyes equals the width of one eye. The width of the nose is equal to the width of the eye as well. Also, the width of the mouth equals the distance between the two pupils. Bam! Again, once you get this, you can start to play with it. Some people have wider set eyes, or bigger noses, ears or mouths... Endless possibilities!

There are, of course, loads more things to say about bodies. Most people know that our 'wingspan' (from the tips of your fingers when you extend your arms sideways) is about equal to your total length, but did you know that your hands are generally the same size as your face? Or that your feet are about the size of your forearm?

If you really want to get into this kind of thing I would strongly suggest looking for live-drawing classes in your area. Again, you can study diagrams and pictures as much as you want, but the very best way to learn about how bodies are shaped and move is looking at real humans and observing!
Gepost door Anneke op 01:05