All over the world, all over again

It's time for a massive throwback! Anyone remember the third post I ever wrote? It was about a dress I made in 2012, after sewing for maybe a year and a half. I LOVED that thing even though it was made from upholstery fabric and I didn't know about a thing called 'give' at the time so it was like wearing a corset. There is no way I can put this on now without busting the (invisible) zip and I was pretty bummed about that, because WORLD MAP PRINT.

And then Lieke came to the rescue! I was at her house and noticed she had pillows made from the same fabric, in a darker colourway. 'Oh that's lovely. I have a dress made from that. It doesn't fit anymore. Whine whine.' Lieke is awesome, so of course she told me she had some pieces left, and it wasn't her colour, and I could have it. Yay for second chances! 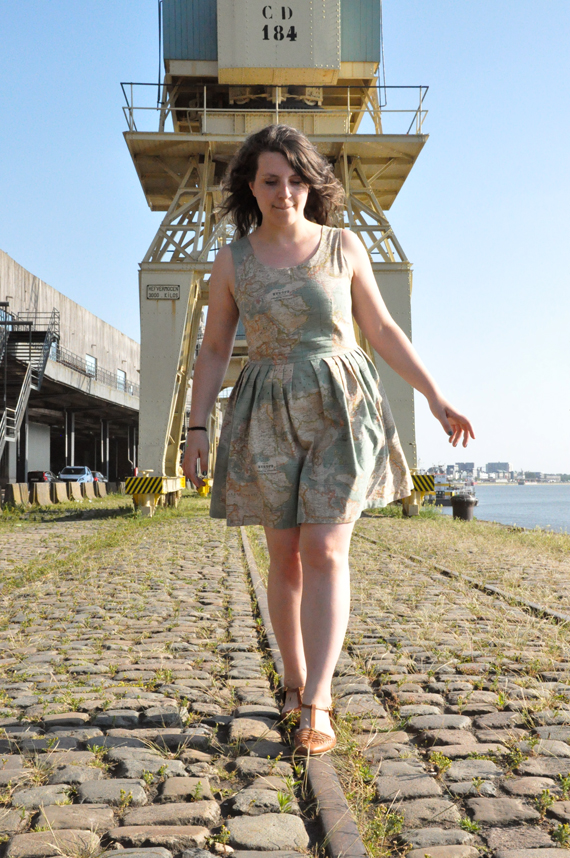 I though about making a different dress, but this is a pretty heavy canvas that doesn't really lend itself to a lot of frills. In the end I decided to do a remake of the original dress, andhopefully improve a few things! I used the basic block I always use these days, with just two waist darts and no bust dart, and cut a bit of extra ease all around to account for the fact of No Give At All. It's quite roomy around the waist now, but that means it's so much more comfortable than the first version. And I can eat something when I'm wearing it. 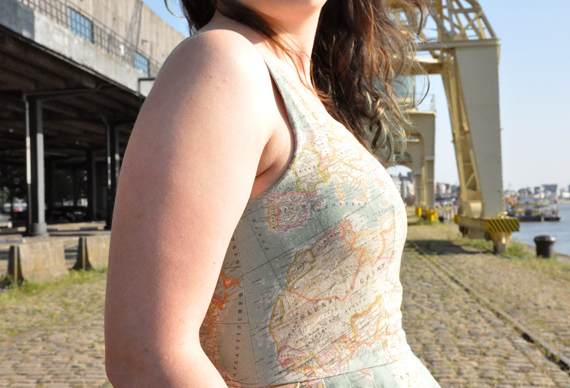 The fit in the bodice is a lot nicer, and the pattern placement worked out better as well (my previous version had Australia plastered right across my boobs, which is not a great look, no offence Aussies!). The pattern I used for the bodice on my first version had a weirder neckline and straps that sat too wide on my shoulders. All better now! 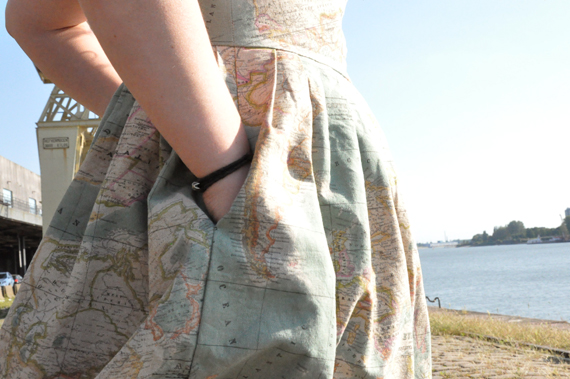 I had to cut the skirt a good deal shorter than before due to the limited amount of fabric I had (but as one of my regular customers likes to say: as long as you've got the legs you should just go for it). The original was box-pleated (and not very well, I had not discovered basting yet so there are pretty big gaps between the pleats) but I chose for simple knife-pleats for this one. It gives a ton of volume but still looks a bit lighter!

As for the zipper, I've learnt that invisible zippers and heavyweight fabrics just don't get along, especially not when you throw in some strain. In this case I went for a good old-fashioned centered zipper and hand-picked it for funsies. It does the job and looks pretty decent! 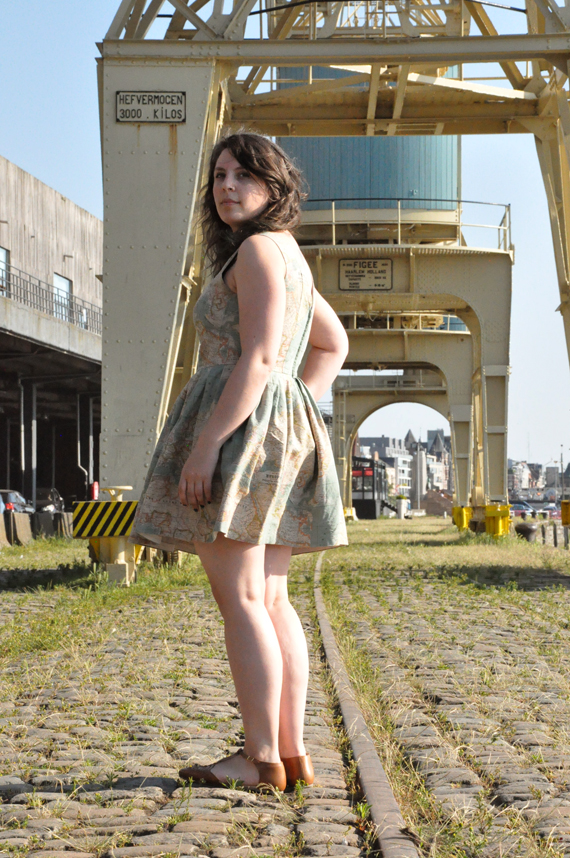 It's sort of funny to revisit a project like this and see how I've improved over the years! Apart from better sewing, nothing much has changed. I have a few extra holes in my body (and one tattoo!), my hair is a few shades lighter due to no longer using henna (the ends are bluer!) and I rarely ever wear heels anymore. I'm still uncomfortable in front of a camera though.

In other news, I made a bag! 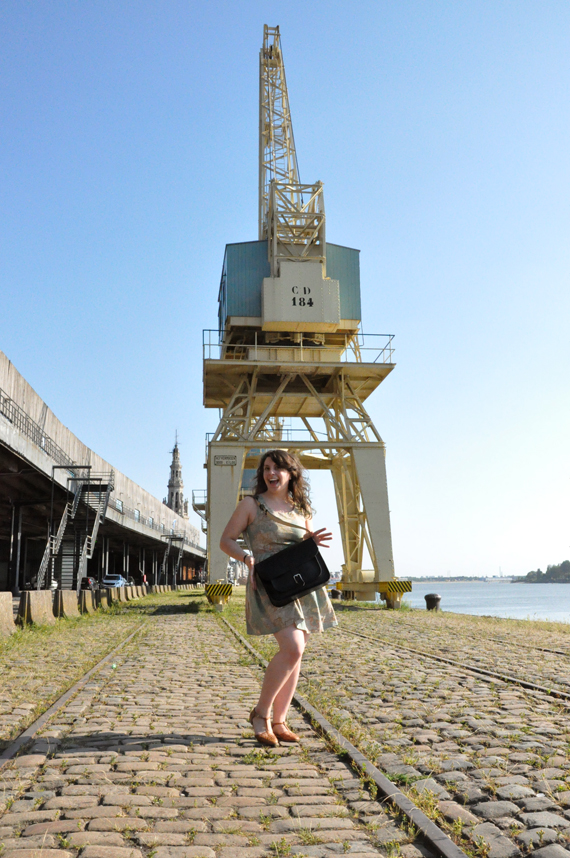 I read about the Simple Way kits on Pendle Stitches and immediately took a liking to the Men's Reporter bag. It's advertised as a men's bag but it's the perfect size for to to carry my practical stuff + a sketchbook and novel! 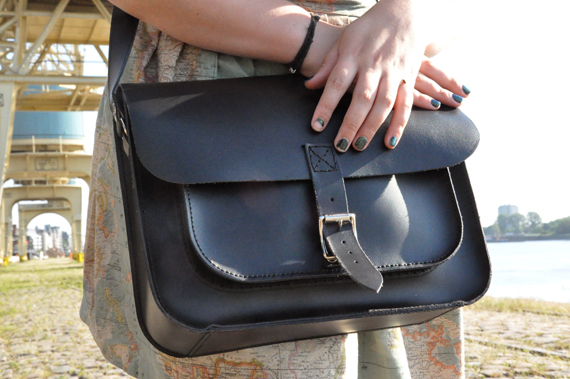 The kit came with all the pieces cut out and the holes punched. The strap and buckle pieces were already assembled and attached, which saves you some hammering of rivets in the end. The instructions were really clear and in the end I had a lovely new bag in a day! I finished it in one day because I was dead set on using it the next, but I wouldn't recommend it since my fingers were really sore the day after from pulling the thick needle and thread through. If you want to enjoy a nice introduction to working with leather with a truly impressive result, you should take a look!
Gepost door Anneke op 13:41