Revenge of the Swamp Witch

Once upon a time, there lived a witch in the swamps. She spent her time casting spells between the mud, dirt and water, wreaking havoc all over the place. Her frightening appearance- floating scarves, skirts and kimonos- burned itself into the collective memory of the people and remained there for centuries after the witch's death...

One day, a foolish young girl decided to use this image, and dress up as the Swamp Witch for something as trivial as a Halloween party, despite of the warnings her friends uttered. Because, as the story goes, the Swamp Witch's spirit was said to posess the bodies of the wild dogs roaming the swamp and the forests around it, and she did not like it when people would mock her name! 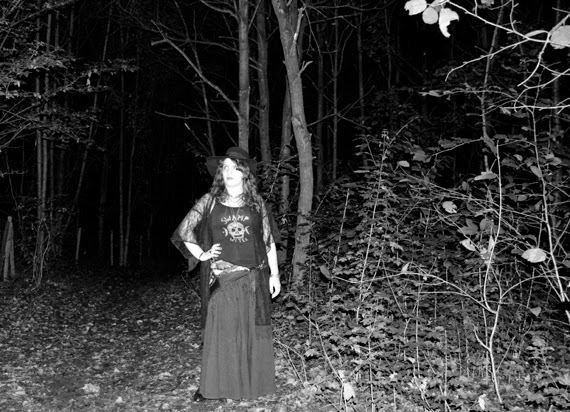 The Foolish Young Girl persisted, and assembled a costume inspired by the tales about the Swamp Witch. Most items were already present in her wardrobe, but she did have to get crafty to get her hands on some of them! She cut a stencil of the Witch's sign (as it was left on people's doors in the old days, striking fear into the hearts of the villagers) and applied it to a lowly store-bought top, using gold fabric paint. 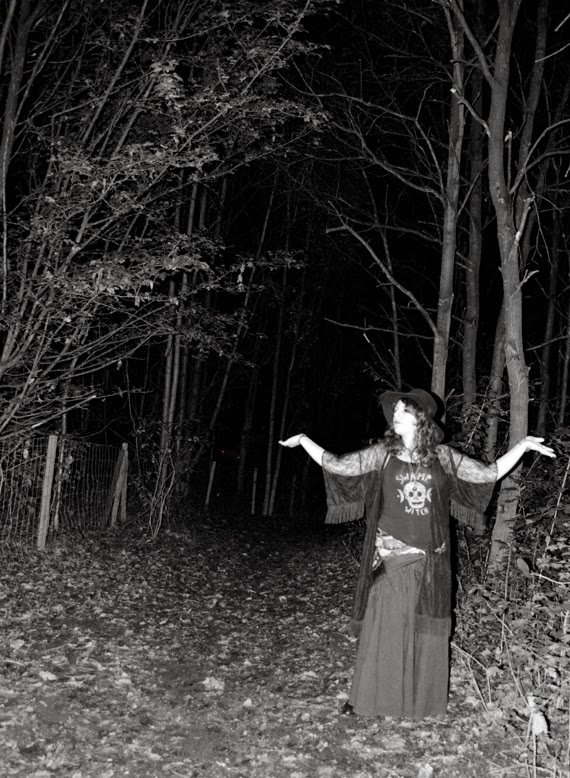 Obviously, the kimono was the most important part of the outfit. The Foolish Young Girl found a piece of gifted lace in her pile of fabrics and went chopping. After simply sewing together a few rectangles and attaching some fringe, she had something that truly invoked the spirit of the Swamp Witch. Her friends were impressed, but begged her not to get too close to the forest, since the tales of the Witch had made a lasting impression on their minds. But the Foolish Young Girl ignored their warnings and went ahead.

This is the last picture the search team found on her camera when they recovered it: 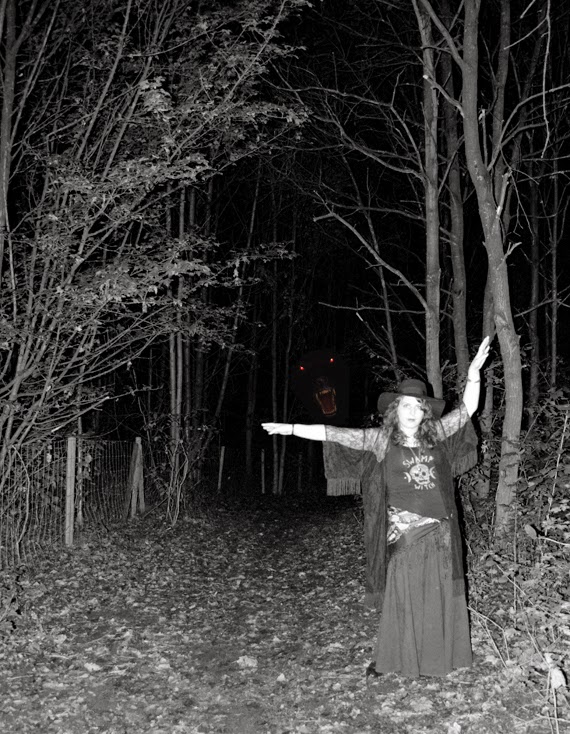