So... I finished that basic coat I was working on. And even though it's nowhere near perfect, I'm pretty damn proud of myself! 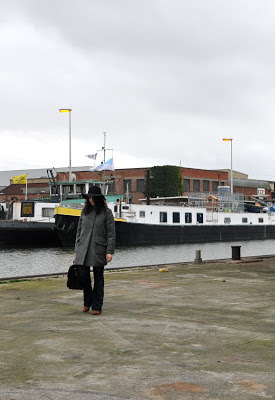 Ok, that doesn't say much. But it's a pretty picture.

Here's a clearer one: 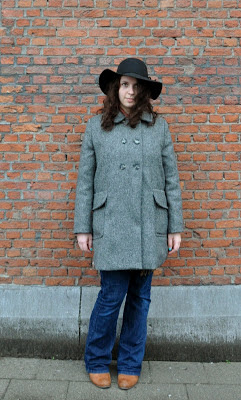 DERP! Oh well. As I said before, this is a coat from the October issue of Burda. I liked it because of its simple lines and thought it would be a good first coat, to get familiar with the techniques before I tackled a more complicated project.

I quickly found out that being lucky before with Burda patterns fitting me really well straight from the pattern wasn't true in this case. I ended up removing a substantial chunk of fabric from the back to avoid that 'I'm wearing my dad's jacket'-look. The shoulders are still too wide. But the thing is damn comfortable. 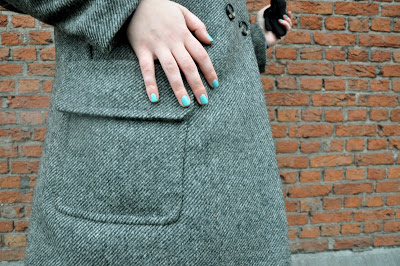 The instructions actually had you slipstitch the patch pockets on the coat before topstitsching them, something I really liked. If you only topstitch the lining tends to peek out, which isn't a good look...

Now for a List of Things I Did Differently:

- I made bound buttonholes instead of machine-stitched ones. I don't like the ones my machine makes and I'm too lazy to handwork them.
- I cut the under collar in two pieces on the bias, instead of one piece. Really happy I did, because it would have been even harder to make it sit flat.
- I attached the collar and lining mostly by hand.
- I underlined my (silk charmeuse!) lining with flannel for extra warmth. This was a great thing because the coat is now super cuddly, but it also made the lining pieces easier to handle. Slippery fabric bullet dodged!
- I inserted my sleeves using Gertie's method and it was AWESOME, they went in perfectly the first time and I was grinning like an idiot. 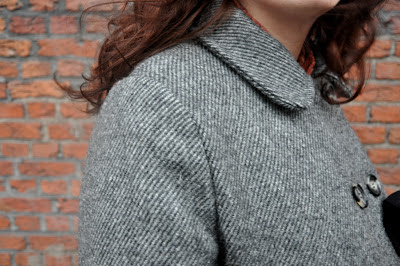 Overall, I'd say this project was a success. I was surprised at how much I liked all the handstitching and basting and fiddling, being such an impatient person. But the thing I loved the most was the pressing: the last time I tried using the steam function on my iron the power went out, so now I made do with a bucket of water and a damp press cloth. It felt very old-school and sort of magical, seeing the wool shape and transform like that. 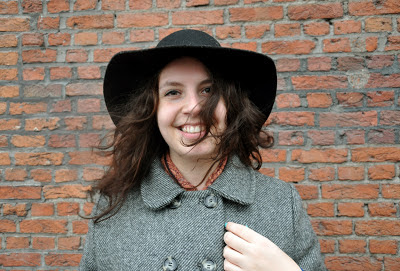